NATO Secretary General Jaap de Hoop Scheffer said on Wednesday, Oct. 24, that he would circulate the concept of rotating forces in Afghanistan's more dangerous regions and intends to put the motion to member governments. 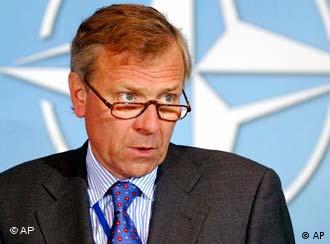 NATO chief Jaap de Hoop Scheffer made the announcement before talks with allied defense ministers in the coastal town of Noordwijk in the Netherlands.

"If you look at the necessity for political, military and financial solidarity in Afghanistan, I do think that at a certain stage I would like to see more rotation in Afghanistan," he told reporters, according to AFP news agency.

"I'll not table a rotation plan, I'll mention it and I hope that me mentioning it and possibly ministers discussing this will have some impact," he said ahead of talks with the ministers. 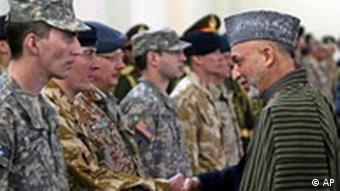 Later, at the start of talks, Scheffer said: "Our top priority today is Afghanistan, where we are supporting the United Nations' efforts under a UN mandate," according to dpa.

The United States has urged its European allies to provide more troops to fight Taliban militants.

Currently, the US, British, Canadian and Dutch troops are bearing most of the burden of fighting militants in the volatile south and east of Afghanistan.

Commanders with the NATO-led International Security Assistance Force (ISAF) have asked for more combat troops and aircraft, particularly helicopters, to confront the Taliban insurgency. However, many allies -- including Germany -- do not want to deploy soldiers to the most dangerous areas, like the south. 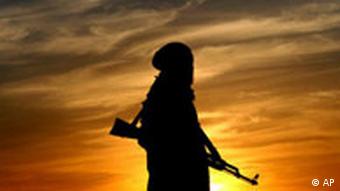 plan their future troop movements more efficiently and would encourage allies to extend their stay in Afghanistan. Should the plan be agreed upon, the official said it was unlikely that the plan would be initiated within a year.

According to Reuters news agency, US Defense Secretary Robert Gates accused allies on Monday that they were not fulfilling their promises to supply troops, equipment and trainers for the national army in Afghanistan.

Experts have said the training of the army is necessary before an exit strategy for Western troops could be planned.

Ahead of Key Vote, Minister Says Afghanistan Mission Can Work

Days before a key parliamentary vote on extending the German army's peacekeeping mandate in Afghanistan, Defense Minister Jung said there is a good chance at achieving success there. (08.10.2007)

NATO chief Jaap de Hoop Scheffer is in Berlin Thursday to ask for German help for the EU's Afghan police training mission, which is marred by problems. Its German head is returning home just months after his appointment. (13.09.2007)

What do you think about a troop rotation plan for Afghanistan? Please include your name and country in your reply.