NATO chief Jaap de Hoop Scheffer is in Berlin Thursday to ask for German help for the EU's Afghan police training mission, which is marred by problems. Its German head is returning home just months after his appointment. 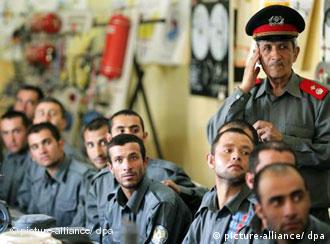 Jaap de Hoop Scheffer is set to ask Germany on Thursday, Sept. 13, for police trainers to be deployed in southern Afghanistan where alliance forces are dealing with an upsurge in violence and suicide bomb attacks by the Taliban, al Qaeda and local warlords.

The request comes at a time when the EU's special police training mission is also hampered by complaints of inadequate EU planning and insufficient NATO security support.

This week, the German interior ministry confirmed that Brigadier General Friedrich Eichele is returning to Germany just months after he was appointed to head the EU training mission in Afghanistan. 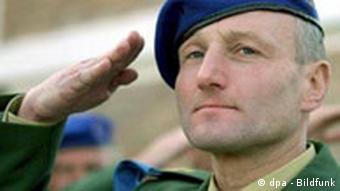 Eichele, a former commander of the German Federal Police's elite GSG 9 counter-terrorism unit, is said to be returning to oversee reforms of the domestic police force.

But, according to German newsmagazine Der Spiegel, tensions with the EU's special envoy to Afghanistan, Francesc Vendrell, are the actual reasons behind Eichele's early exit. Vendrell reportedly wanted political control of the mission, something that Eichele opposed.

The German embassy in Kabul described Eichele as simply "overburdened," the magazine said.

Eichele's early departure reflects the difficulties in trying to establish the mission of 190 European trainers in Afghanistan at a time when an increase in violence and suicide attacks by the Taliban and al Qaeda has raised pressure on ISAF (International Security Assistance Force) countries to scale down their Afghan troop presence.

Last month, three German police officers responsible for protecting the German ambassador to Afghanistan died and a fourth was injured when their vehicles were blown up on a road to the east of Kabul. Germany has some 3,000 troops stationed in Afghanistan, mostly in the relatively stable north of the country. 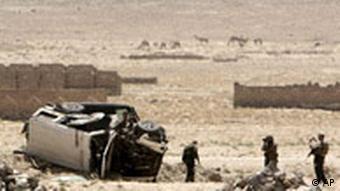 Until a few months ago, Germany was considered to be leading the way in training Afghan police and border guards. It was in charge of the police training from 2002 until this year. That was one of the reasons why, when the EU took over the mission in June, the top post remained in German hands.

Like Germany, several EU members, some of whom are also part of NATO, have police and military working in Afghanistan under separate civil and military mandates.

But in recent months, the training mission has faltered, with critics saying it's been underfunded, understaffed and poorly prepared. The European Commission has still not approved the budget for armored cars, computers and office equipment for the mission headquarters in Kabul, according to news reports.

In addition, the mission has gotten off to a slow start, with reports saying not enough European police trainers or Afghan participants have turned up. Some 90 trainers were expected to come from 21 nations, but EU member states have so far provided only half the personnel. Germany has promised up to 60 officials but still hasn't delivered on its promise.

Der Spiegel reported last month that officials have not resolved how to keep newly trained Afghan police officers and soldiers from joining the Taliban, local militia leaders or drug barons, all of whom offer better pay than the government in Kabul. 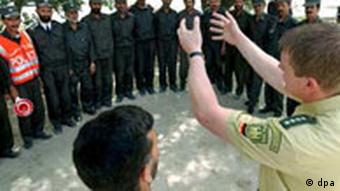 "NATO has been providing support to the European police in Afghanistan, and we cannot imagine that NATO will provide any less support to the EU police than it does to other organizations such as the United Nations," he said.

On Wednesday, NATO's top civilian official in Afghanistan, Daan Everts, said the EU is still not fully contributing to international efforts to bring peace and the rule of law to Afghanistan, with incompetence and corruption rife among local Afghan forces.

"That has to be addressed in a more concerted and forceful manner," Everts said during a news conference.

Other observers questioned whether the EU was properly prepared to coordinate operations so far away from its national borders.

"It seems that the EU was not really properly prepared for such a complex mission," Ronja Kempin, an Afghanistan expert at the German Institute for International and Security Affairs in Berlin told the International Herald Tribune this week.

"The EU seemed to have rushed into setting up this mission," Kempin said, adding that massive corruption in the Afghan interior ministry compounded the troubles.

A proposal by a German government spokesman to include moderate Taliban representatives in the Afghan peace process has been criticized by a conservative foreign policy expert in parliament. (15.08.2007)

According to a media report, the European Union's efforts to train Afghanistan police have met with little success. The report puts the blame on the Kabul government. (13.08.2007)