NASA's New Horizons spacecraft is at Pluto's doorstep. Philip Metzger from the New Horizons mission told DW that they expect to find many surprises on Pluto - which he doesn't consider to be a dwarf planet. 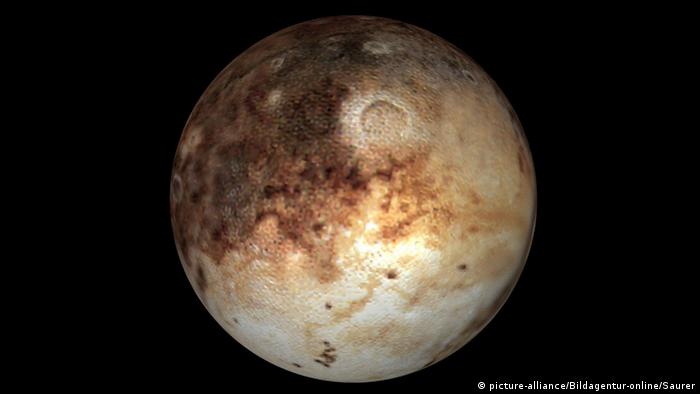 NASA's New Horizons spacecraft will pass Pluto closer than ever before on July 14. The spacecraft, which was launched in January 2006, will fly within 7,750 miles (12,470 kilometers) of Pluto's moons. Planetary scientist Philip T. Metzger answered DW's questions about the latest findings and expectations of the mission.

DW: What is the importance of the New Horizons mission in the context of space exploration history?

Philip Metzger: It's important to know where we are in the universe, what kind of a home we live in, and where we fit into the big picture. That's what this mission is doing. It's as if we have been living in a big house where we have never looked into the largest rooms - but now we are cracking open the door and getting the first peek to find out what kind of a house we are in.

What do you expect to find out about Pluto? 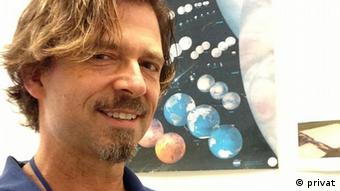 The Pluto system is complex, consisting of at least six bodies: Pluto and five or more moons. It is a binary planet system, because Pluto and its largest partner, Charon, are large enough to be classified as planets, and they orbit around a point in space that is in between them.

Every time a spacecraft has visited a new world, we have been stunned by the things we found. No doubt Pluto will be a stunner, as well.

In recent years, we've learned that the moons of Saturn and Jupiter have subsurface oceans. Is it possible that you'll discover one on Pluto or its moons as well?

There is a real possibility that Pluto has a subsurface ocean. There seems to have been enough potassium in the solar system for Pluto to be warmed by radioactive decay, and that would keep the ocean from freezing. Furthermore, the chemistry of the ocean may include salts that help keep it from freezing.

Originally, we were told that Pluto was a planet. But a couple of years ago, its status was degraded to dwarf planet. What was the reason behind that decision?

Well, that was the result of a split vote at a meeting of the International Astronomical Union (IAU) in 2006. But classifying things in nature is an important part of the progress of science, and therefore I believe it cannot ever be settled by a vote. Trying to enforce an opinion through voting is unacceptable to the scientific community.

However, the IAU needed to decide on the bookkeeping method it would use for keeping track of planets, and it had to decide something, so its members took a vote. That should have never been represented as settling Pluto's planet status. But mistakes happen all the time in science. We keep learning and we correct our mistakes. In this case, the bad definition of a planet will be corrected, I have no doubt. 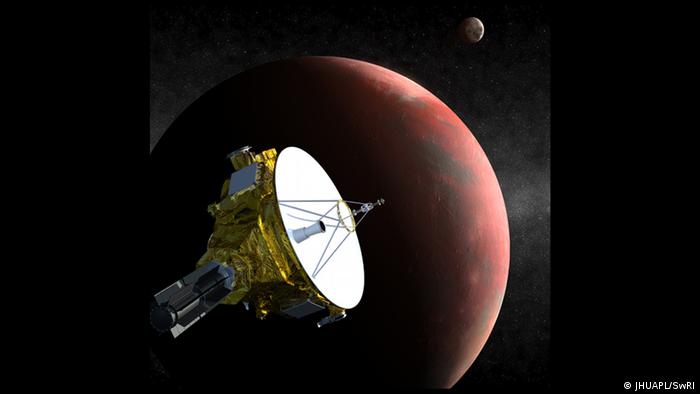 Do you think we will call Pluto a "planet" again in the near future?

We are free to call it a planet right now. The planetary science community has never stopped calling bodies like Pluto "planets."

Several billion years ago, Neptune's position in the universe was changed a couple of times. By the IAU's definition, Neptune was a planet, then it wasn't, and then it was again. Does that make sense? Does that tell us anything intrinsic about the composition or structure of Neptune? No way!

This does not promote scientific discourse. It confuses it. That's why practicing planetary scientists pretty much just ignore the IAU's definition in the daily business of science.

So start calling Pluto a planet right now. Add to the consensus, because that's how science makes progress, by one person at a time being convinced of the truth and adopting it. Science is not decided by votes and you are not required to submit to nonsense.

Philip Metzger is a planetary scientist at the University of Central Florida. He retired from NASA, and now he is part of the science communication team for the New Horizons mission.

There's a chaotic dance going on at the far end of the solar system, involving Pluto and five of its closest friends, a study finds. And it only happens once in five blue moons. (03.06.2015)

With NASA's New Horizons spacecraft getting closer to Pluto to take ever clearer images of the icy dwarf planet, planetary expert Professor Andrew Coates tells DW what we can learn. (28.01.2015)