There's a chaotic dance going on at the far end of the solar system, involving Pluto and five of its closest friends, a study finds. And it only happens once in five blue moons. 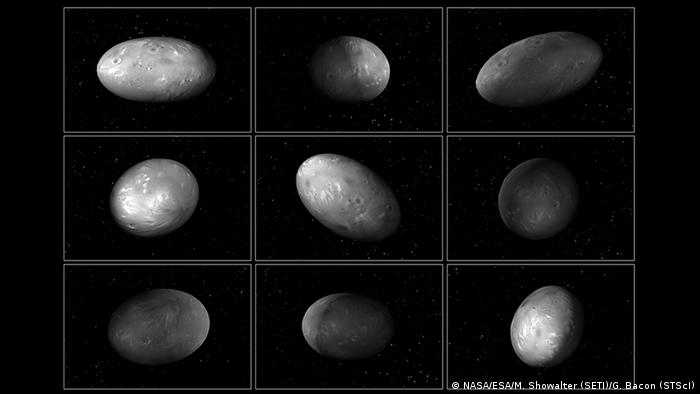 The Hubble Space Telescope captured images of Pluto in what appeared to resemble a "dance" between its largest moon Charon and smaller moons Styx, Nix, Hydra and Kerberos. The odd rhythmic gyrations of the six distant objects were described as unlike anything else in the solar system, causing some of the moons to take on spheroid shapes akin to a rugby-ball on account of their interaction with each other.

The movement is mainly unique in that Pluto and its moon Charon are said to be locked together "as if they are a dumbbell," said Mark Showalter of the Search for Extraterrestrial Intelligence (SETI) Institute in California. In this aspect in particular, it could be considered the only binary planet system within the solar system - even though Pluto was demoted to the status of a dwarf-planet in 2006.

In addition to this distinction, the moons circling the Pluto-Charon alignment were also observed to display exceptional features in their own right. The four moons were seen to tremble in and out of their individual orbits whenever they were closer to Pluto-Charon's own interaction, being constantly attracted to and pushed away from the two larger cosmic objects.

The imbalanced and shifting gravitational field created by Pluto and Charon was said to be the reason why the smaller moons were tumbling so unpredictably. While there was a precise rhythm to the four moons dancing around Pluto and Charon's own tango, they were also observed as interacting with each other. 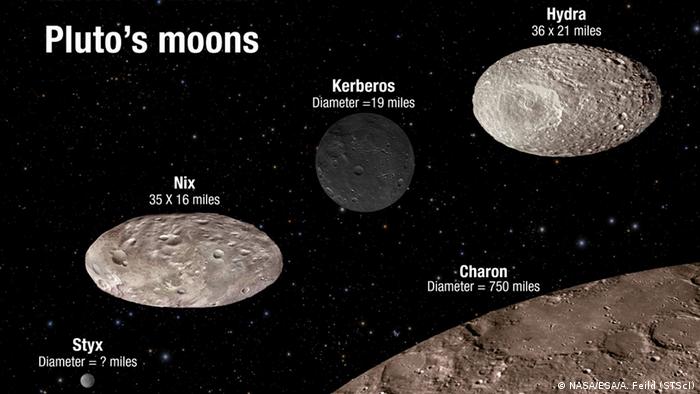 Pluto and its moons are locking in a 'very, very peculiar dance'

"So it seems like they all dance to one overarching beat but not quite in the same way, just doing their own thing," said planetary scientist Heidi Hammel of the Association of Universities for Research in Astronomy.

"With the tiny moons wobbling and flipping over in an unpredictable and chaotic way, if you lived on Nix or Hydra, the sun would come up in different parts of the sky, if at all on some days," Showalter said.

"You would literally not know if the sun is coming up tomorrow. They tumble. They flip over so that sometimes the north pole becomes the south pole. It's a very, very peculiar dance."

The study also revealed that Kerberos was a dark satellite, while the remaining moons were bright objects. Kerberos and Styx were only recently discovered in 2011 and 2012 respectively, while Hydra and Nix were found in 2005.

Astronomers said they hoped the studies of the Pluto system may help to explain how planets and satellites formed and remained in stable orbits for billions of years.

NASA's New Horizons spacecraft is set to pass the Pluto system next month for an even closer look at the phenomenon.

With NASA's New Horizons spacecraft getting closer to Pluto to take ever clearer images of the icy dwarf planet, planetary expert Professor Andrew Coates tells DW what we can learn. (28.01.2015)