Illegal construction along Delhi's Yamuna River is rampant, eliminating floodplains. This leaves the city vulnerable to floods, and is affecting its groundwater levels. 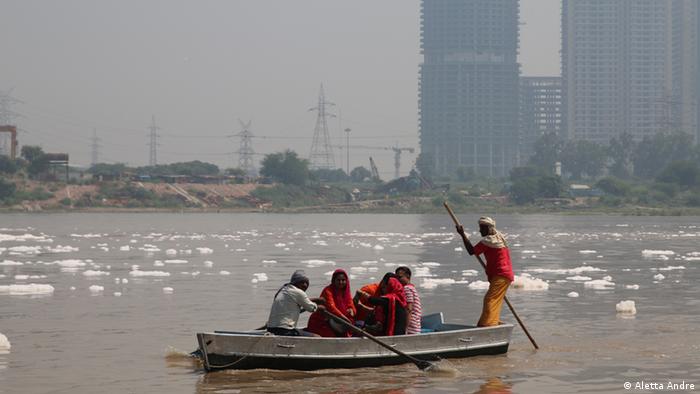 As in so many major cities around the world, land in Delhi is scarce. To cope with its population of 16 million, the metropolis has begun to spill out onto the floodplains of its Yamuna River.

Construction there is forbidden, but that hasn't prevented the emergence of several residential colonies. One of them is Jaitpur. Its hundreds of new brick houses have been built along the southernmost stretch of the river - on the wrong side of one of 10 embankments built to protect Delhi from flooding.

Major public roads also cut across the land, and even the 2010 Commonwealth Games Village stands in the floodplains. 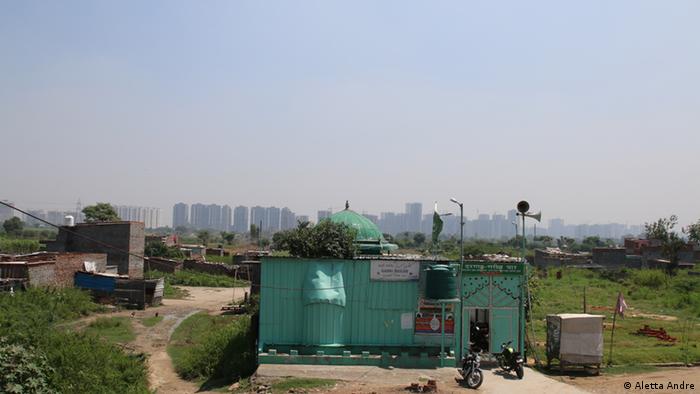 Even if they were built illegally, it is difficult to demolish structures like this mosque on the floodplains because of their religious nature.

None of this is legal. In April of this year, the National Green Tribunal (NGT) ordered the Delhi Development Authority (DDA), which is responsible for city planning, to halt all construction on the floodplains and wetlands, and advised moving recently built settlements and industries, such as a few recycling units in the informal sector, beyond the embankments.

Along the 55-kilometer (34-mile) long stretch of the Yamuna within the boundaries of Delhi, the floodplains have been reduced from their natural 5 to 10 kilometers width, to just a few hundred meters. Or in some places, next to nothing.

Construction, such as that in Jaitpur, continues - despite the construction ban in the floodplains, where villagers continue farming.

Though further north, the river is flanked by fields of corn and rice, construction on the floodplains upstream has also left its mark.

"The groundwater level has decreased significantly since my youth," says Mange Ram, a farmer in his late 60s. "Earlier, we had to dig just a few feet to draw water. Now, it is at least 80 feet [24 meters] deep." 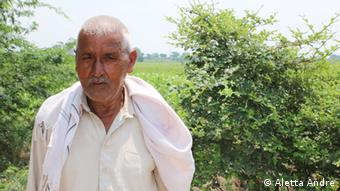 Farmers like Mange Ram have noticed a significant drop in the ground water levels around his fields.

"Removing all these recent constructions is the only way to restore some of the floodplains and wetlands," says ecology professor C.R. Babu, who served as chairman of an expert committee to the NGT.

He says the floodplains can absorb and store floodwaters, and that the wetlands are also home to wildlife. Both serve to recharge the groundwater, which is necessary for agriculture and drinking water needs.

"These constructions are only possible with the tacit backing of local officials and politicians - and they are often authorized before elections, in exchange for votes," says Bhim Singh Rawat, who works for the nongovernmental organization South Asia Network of Dams, Rivers and People.

Exactly who is responsible for stopping further construction seems to be a moot point. In a Times of India report published in June, the DDA stated it was up to the South Delhi Municipal Corporation (SDMC). It, in turn, said it was a DDA issue.

While different authorities pass the buck, people will ultimately be the ones to suffer. 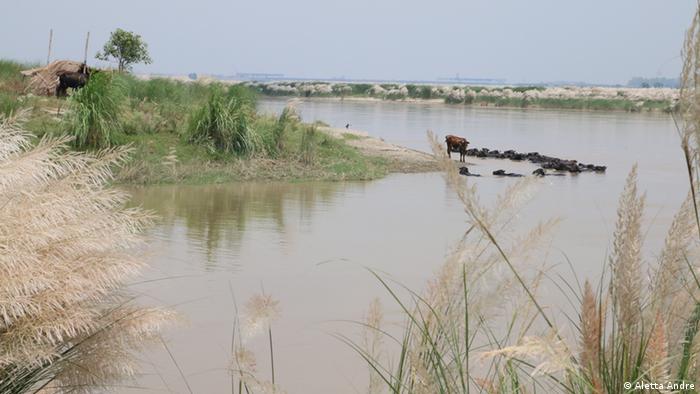 Further upstream in Delhi, the Yamuna still retains some of its floobplains. But even here farming is increasingly giving way to construction.

With slightly heavier flooding, which he says happens every 10 to 15 years, he predicts that several government structures including a major bus terminal will be underwater - as well as these houses.

"Floods are characteristic for rivers. But with the floodplains narrowing, [floods] become more intense and damaging," Babu adds. Without space to accommodate excess water, water will enter the city - particularly during the monsoon season in July and August, he points out.

Moreover, he says a lot of water is being held by upstream dams, under the management of governments of other Indian states or other countries, like China.

This results in periods of relatively low water, which are inadequate for washing away sand that has previously been deposited on the banks and on wetlands. As a result, the wetlands are drying up. And that has other consequences. 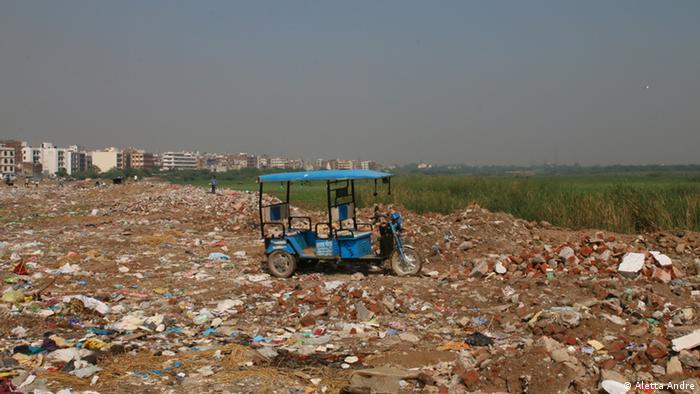 "In Delhi, most wetlands are now silted, if not filled up with solid waste," he says. "And when water is suddenly released from these dams, is causes flash floods downstream - because again, there are not enough wetlands or floodplains for all this water."

Despite the dire situation, Babu is cautiously optimistic about the future. "Floodplains and wetlands can be restored," he says, pointing to the Yamuna Biodiversity Park in the north of Delhi, which he spent the past decade helping to set up.

"Migrating birds have started coming again - as have certain types of fish and previously extinct animals, like wild boars."

And there would be benefits even beyond flood control and richer biodiversity. The floodplains of the Yamuna, if completely restored, could provide drinking water to the entire population of the water-starved city of Delhi, Babu says.

But given that most of the original floodplains have long been built over with unremovable structures including Delhi's essential ring road, that is not likely to happen. Nonetheless, with the right legislation and restrictions, precious free land could at least play some part in resolving the city's drinking water problems.

"Imagine," Babu says, "what could be done if the remaining floodplains would be cleaned, wetlands restored - and all managed better."

Turning gray into green: Urban farming around the world