The Troadec family has not been seen nor heard from in two weeks. Small traces of blood were found in the home and a jogger has discovered evidence nearly 300 kilometers away. 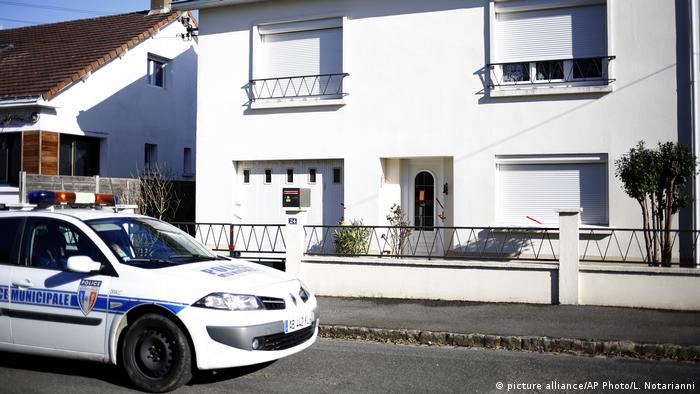 A 69-year-old woman has returned home after being freed four years into her 10-year murder sentence. Jacqueline Sauvage, who murdered her abusive husband, was granted clemency by French President Francois Hollande. (28.12.2016)

Authorities have detained the cousin of one of the men believed to have murdered a French priest in a brazen church attack last week. Farid K., 30, is under investigation on suspicion of terrorist association. (01.08.2016)

A man suspected of killing his grandmother was fleeing police when he ran over two officers with his car in Brandenburg. Police deaths in Germany are exceptionally rare compared to other nations. (28.02.2017)

The mystery surrounding the sudden disappearance of an entire family in the western French city of Nantes deepened on Wednesday after a jogger found evidence some 280 kilometers (175 miles) away. Police announced that they are investigating the possibility of murder or kidnapping in the case of the four missing people.

The Troadec family comprises 49-year-old parents Pascal and Brigitte, son Sebastien, 21, and daughter Charlotte, 18. They have not been since February 16, the day the mother and the daughter called the bank to report the fraudulent use of Charlotte's debit card to pay for online video games.

All of their cell phones have been turned off and their bank accounts have not been touched. The parents' two cars remained in the driveway, though Sebastien's automobile has not been located.

Investigators who entered the family house in Orvault, outside of Nantes, said it was as if "time froze." Wet clothes were still in the washing machine, dishes were in the sink and the beds had been stripped, with the clean sheets hanging up to dry.

Traces of blood from Pascal, Brigitte and Sebastien were found on a staircase and throughout the ground floor, though it appeared someone had tried to scrub most of it away. All the family's mobile devices were missing, except for Sebastien's bloody cell phone, though their charger cords were left behind. Someone appeared to have removed the family's toothbrushes and hairbrushes.

On Wednesday, a jogger near the parents' home city of Brest, a three hour drive from Nantes, found a pair of trousers and a health insurance card belonging to Charlotte Troadec. Search teams and sniffer dogs were deployed in the area where the discovery was made. 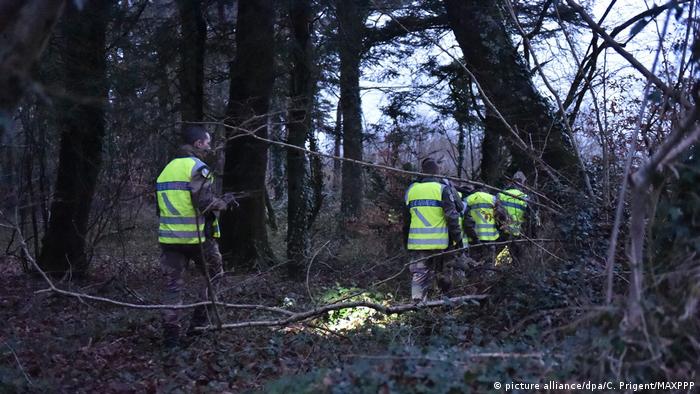 A man running in the town of Dirinon, near Brest, discovered the belongings of Charlotte Troadec. Police immediately cordoned off the area

Initial suspicion has fallen on the son Sebastien, who was convicted of making death threats on his blog in 2013. A minor at the time, he was sentenced to community service. According to French newspaper Le Monde, Sebastien suffered from depression and perhaps other psychological issues.

Media reports stated that he had written on Twitter: "If you really knew what was going on in my head, you would think I was a crazy person with no morals."

However, a number of friends and classmates interviewed by French reporters described the young man as quiet and kind, the type who was "always ready to help out."

The case had sinister echoes to a similar disappearance in the area six years ago, when a family of six mysteriously vanished less than four kilometers (2.5 miles) from the Troadec home. The bodies of the wife and four children were later found buried beneath the porch, and their killings were blamed on father Xavier Dupont de Ligonnes, who remains at large.

The eldest son of de Ligonnes attended school with Sebastien Troadec, according to a report from regional French daily Ouest France. A documentary about the case recently aired on French national television.