Mysterious monoliths popping up in US, Europe

Several metal monoliths have appeared in remote spots in the US and Europe over the past several weeks. While they are likely art installations, speculation remains about the objects' potential otherworldly origins. 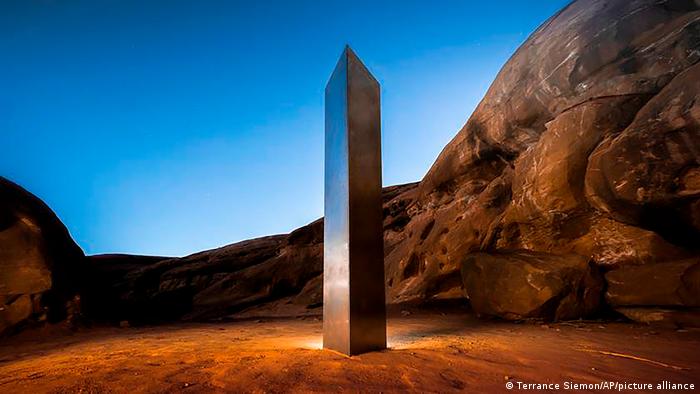 On Sunday, a mysterious mirrored monolith was spotted by sea off the UK coast, sticking out of Compton Beach on the Isle of Wight. The nearly 8-foot (2.2 meter) gleaming pillar soon drew crowds, and speculation towards its origin.

"It's someone playing a practical joke. I don't believe in any of these conspiracy theories," a man walking his dog told Sky News.

Another monolith was spotted by hikers in the swampy Kiekenberg nature reserve in the Netherlands' northern Friesland province over the weekend, forest officials said Monday, adding they do not know how it got there and were looking for clues.

"We know that it was probably placed this weekend," a forestry service spokesman told AFP news agency. 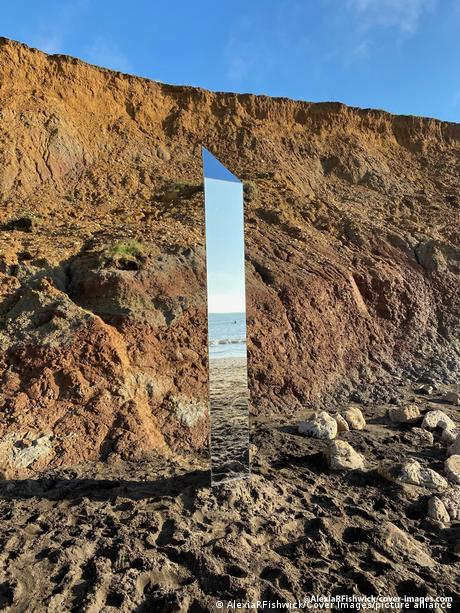 This monolith appeared Sunday on the Isle of Wight

The two sightings are among several in recent weeks. All of the monoliths have resembled an ostensible extraterrestrial object appearing in Stanley Kubrick's sci-fi classic "2001: A Space Odyssey."

The first monolith appeared two weeks ago, hidden deep in the red-rock desert country near Moab in the southwestern US state of Utah. 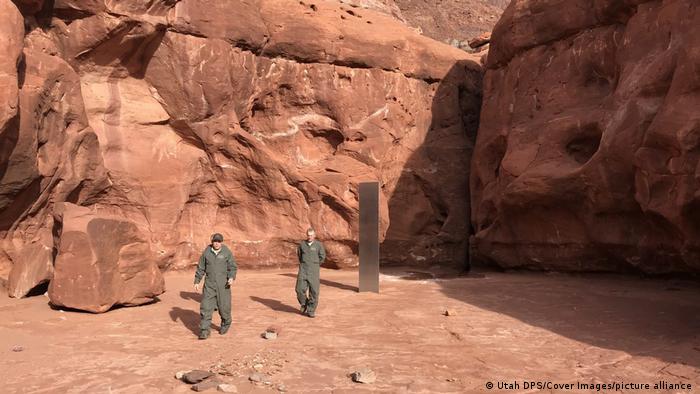 The 10-foot shiny metal object was first spotted by wildlife officials tracking big horn sheep, and it soon drew hundreds of people to the remote spot.

After several days, the monolith was removed by a group of locals concerned about the environmental damage caused by masses of people heading through the fragile desert to get a look.  An anonymous art collective has since taken credit for placing it. 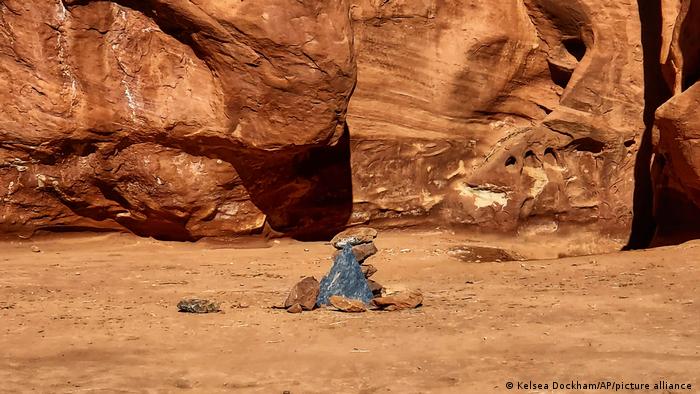 All that remains of the mysterious Utah monolith

Soon after the Utah monolith appeared, two similarly styled objects popped up in California and Romania.

A shiny 9-foot monolith was discovered near an archaeological site in Romania's mountainous Neamt county. It was up for four days before it disappeared overnight.

A local journalist told Reuters news agency that a "bad local welder" probably made it, as it looked poorly put together. 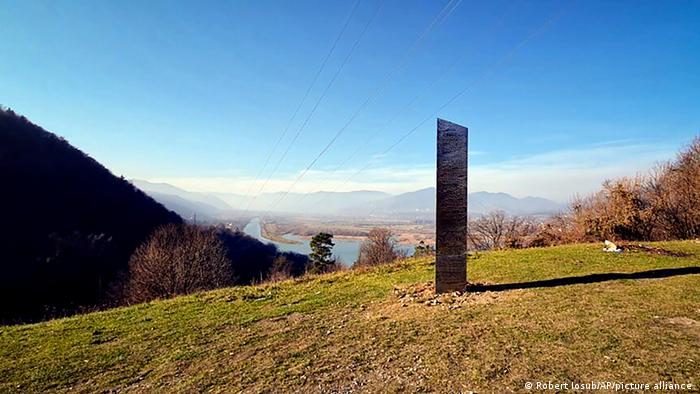 The Romanian monolith on Batca Doamnei hill in northern Romania

The California monolith was placed on the top of a mountain trail in the city of Atascadero between San Francisco and Los Angeles and it drew interest from local hikers.

However, it was quickly torn down by a group of men who posted a video on social media of them replacing it with a cross, which was also subsequently removed.

"We are upset that these young men felt the need to drive 5 hours to come into our community and vandalize the monolith,'' Atascadero Mayor Heather Moreno said in a press release. "The monolith was something unique and fun in an otherwise stressful time.''

Local media reported the three-sided, 10-foot-tall object was back in place on the hilltop by the weekend. 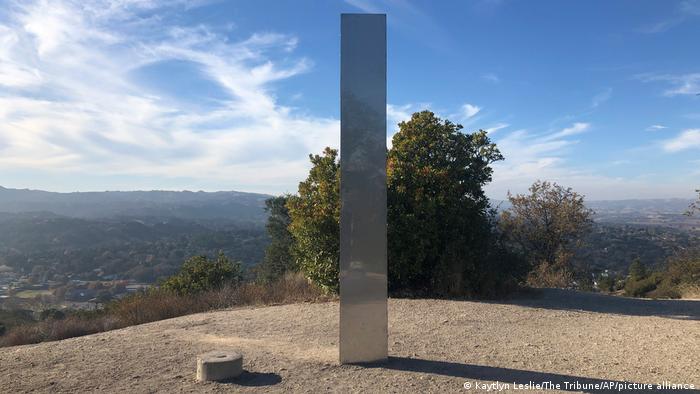 The monolith in California was once removed, and since replaced