Myanmar's government has ordered Doctors without Borders to halt all of its work in the country. The order came after the humanitarian group treated Rohingya Muslims injured in communal violence. 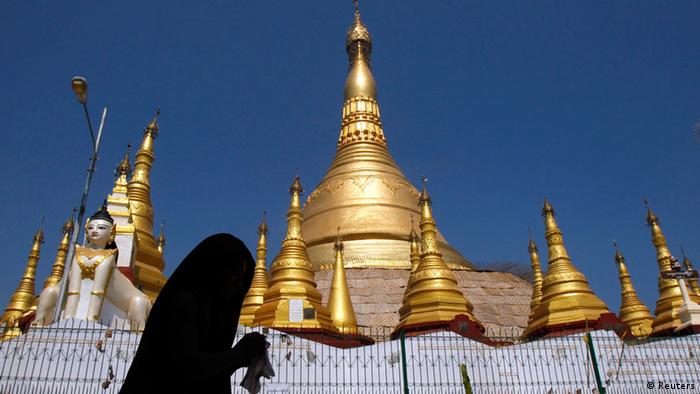 Doctors without Borders said on Friday that it was "deeply shocked" by the Myanmar government's decision and "extremely concerned about the fate of tens of thousands of patients currently under our care across the country."

"Today for the first time in MSF's history of operations in the country, HIV/AIDS clinics in Rakhine, Shan and Kachin states, as well as Yangon division, were closed and patients were unable to receive the treatment they needed," said the group, also known by its French acronym MSF.

Presidential spokesman Ye Htut accused the group of falsely reporting that it had treated victims near the site of an alleged massacre.

The United Nations has said that 40 Rohingya Muslims were killed in Rakhine state by a mob of Buddhists. Authorities have denied that a massacre took place, saying that one police officer was killed by a Rohingya and there was no other violence. Doctors without Borders, however, reported treating 22 injured Rohingya in the area.

If the UN reports are true, then at least 277 have died in religious violence in Myanmar since June 2012. At least 140,000 people have been displaced by the violence.

Doctors without Borders said it is the only organization in Myanmar providing medication to people living with HIV/AIDS, treating some 30,000 patients. The group said it also treats 3,000 tuberculosis patients across the country.

"MSF's actions are guided by medical ethics and the principles of neutrality and impartiality," the group said in its news release. "MSF is in discussions with the Government of Myanmar to allow our staff to resume life-saving medical activities across the country and to continue addressing the unmet health needs of its people."

Myanmar is a predominantly Buddhist nation of 60 million people. But in western Rakhine state there is a Muslim minority, called Rohingya, who are mostly stateless and have little access to health care.