Muslim Integrationists or Extremists? | News and current affairs from Germany and around the world | DW | 28.11.2004

In their attempts to contain Islamic extremism, German authorities try not to paint all Muslims as radicals. But it's not always easy, since Germany's largest Muslim group, Milli Görüs, raises suspicions among many. 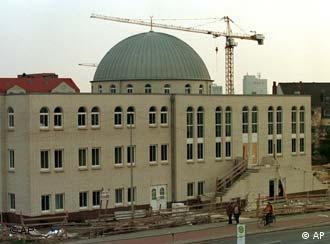 Milli Görüs has a widespread network of mosques in Germany

There are some Muslim groups in Germany that leave little doubt as to their political leanings. "Caliphate State," the now-defunct organization led by Metin Kaplan, had as its goal the overturning of the secular Turkish state and an establishment of an Islamic theocracy. 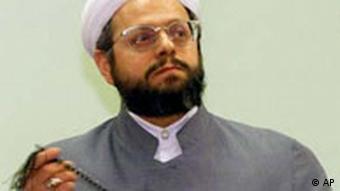 Kaplan (photo), who was extradited to Turkey in October 2004, had already served four years in prison for calling for the murder of a political opponent. The German Office for the Protection of the Constitution had banned his group in 2001 for its anti-democratic, unconstitutional activities.

But Kaplan's group was but one small political-religious sect with fewer than 1,000 members. Its influence on the millions of Muslims in Germany was small. However, there is another group that some feel poses a larger challenge to German society, the Turkish-dominated "Islamic Community of Milli Görüs."

With over 26,000 members, Milli Görüs is the largest Islamic organization in Germany, with a tightly woven network of mosques and clubs for women and youth, which carry a good deal of influence, particularly in predominately Turkish sections of German cities and towns. 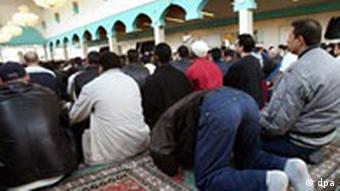 Milli Görüs describes itself as an apolitical, unaffiliated lobby for the interests of Muslims living in Germany. But officials at the German Office for the Protection of the Constitution on both the federal and state levels are convinced that Milli Görüs really acts as the foreign office of the Islamist leader and former Turkish Premier Necmettin Erbakan, and that the group secretly seeks to dismantle Germany's democratic structures.

Proving this has proven to be difficult. As opposed to its actions during the first decades following its founding in the 1970s, since the middle of the 1990s, Milli Görüs has strived to present itself to the public as a democratic organization in favor of the integration of Muslims into German society. The group has never had a history of violence.

Milli Görüs' general secretary, Oguz Ücüncü, considers the description of his organization by constitutional watchdogs as a "wolf in sheep's clothing" as unfair and inaccurate.

"That's the basic question that the constitutional protection authorities pose, whether what we say can be believed," he told Deutsche Welle. "We believe that people can take us by our word. Our recognition of German democratic structures is not just lip service, but a part of our socialization here in Germany - already in its fourth generation." 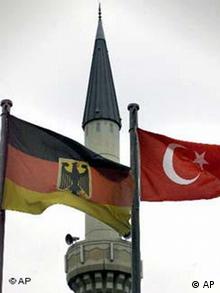 On its Internet site, Milli Görüs presents itself as a model for dialog between Muslims and non-Muslims in Germany. It praises not only the German constitution, but also condemns terrorist attacks of fundamentalist groups, calls on its members to take out German citizenship and engage actively in German society. Milli Görüs even advocates the acceptance of equal rights for women within Islam.

But security authorities, like the head of Berlin's Office for the Protection of the Constitution, Claudia Schmid, warn against blindly accepting such avowals at face value. 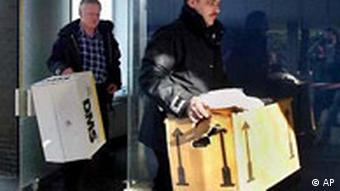 German special police carry evidence out of a islamic center in the town of Muenster that was searched in 2003.

"Politically organized Islam has very subtle means which should not be underestimated and which aim to advance the political aims of an organization and reach into people's everyday lives," she said. "Separating between openness towards foreign cultures on the one hand and naïve credulity on the other is very difficult. It requires experience and debate."

Schmid and others argue that the internal structure of Milli Görüs is anything but democratic. Instead, it is based on the principles of command and obey, according to them. And although it happens more rarely today, there are still statements made by individual Milli Görüs officials that are based on anti-democratic and anti-Semitic views.

"The problematic thing is that there are subgroups and individuals within Milli Görüs who foster anti-Semitic world views," Kai Hafez, an Islam expert, told Deutsche Welle in an interview two years ago "We know that there are these tendencies within the group."

Hafez added the question is whether one attempts to prosecute individual actors or whether one seeks to enact a ban against the entire organization.

However, many agree that a ban on Milli Görüs as a whole would be unrealistic and counterproductive -- not only because such a ban would be difficult to put into place, since no criminal activity by the group has been proven, but also due to the fact that many Muslims pray in mosques run by Milli Görüs, who would likely see a ban as repression against Islam.

Reform from the inside?

Moreover, constitutional watchdogs say it is possible that the public statements by Milli Görüs -- its willingness to engage in dialog and its acceptance of democratic structures -- could be more than simple duplicity: They could have developed their own positive dynamic.

In parts of the organization, a transformational process could be underway. The Office of the Protection of the Constitution in the state of North Rhine-Westphalia wrote in a recent report that there are some progressive and liberally oriented leaders in Milli Görüs. But up to now, they haven't been able to successfully compete with the Islamists still present in the group.

Germany's integration commissioner wants imams who come to the country from abroad to have a knowledge of German and German society. It's one part of a 20-point strategy for fighting extremism and promoting integration. (Nov. 24, 2004)

Authorities raided the Islamic school of a Morccan cultural association in Frankfurt on Sunday, searching for violent and degrading videos, including one allegedly showing a person being decapitated. (July 12, 2004)