In a one-on-one conversation with Deutsche Welle, Nikolaus Bachler of the Bavarian State Opera explains how his job is different from that of a CEO's and why old operas should be produced with contemporary settings. 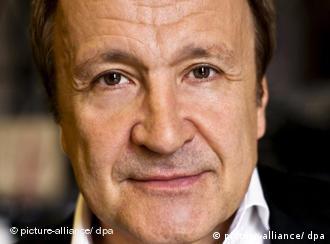 Bachler came from Vienna to Munich in 2008

From his corner office at the top floor of the new administrative building behind the Munich Opera, Nikolaus Bachler, the artistic and managing director of the Bavarian State Opera, overlooks the Royal Stables Plaza. Once an urban dead spot, the square is slowly transforming into a lively node between the English Garden, the Max Planck Institute, and the backside of the Opera house.

As Bachler speaks, he liberally laces his English with spurts of Austrian-accented German and a few laughs.

"The funny thing about being an opera director,” he says, "is that there is probably no company or work environment that's more authoritarian than theater. There's just one person in charge of everything, and yet there is no job where that power helps less. You run an absolutist regime (…) but can't just make radical changes, like a CEO at BMW might."

Public taste is behind its time 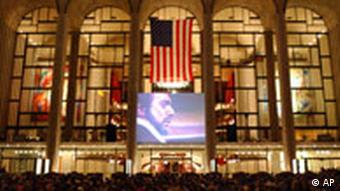 It's not the management's or the public's taste, he insists, that make for the drastic difference between opera in Europe and opera in the United States, but rather the way opera is funded.

"More or less all the developments in opera take place in Europe and then they come to the States ten or twenty years later," he says. "The MET [Metropolitan Opera in New York City] now presents works by directors like Luc Bondy or Patrice Chereau - the people who worked in Europe 20 years ago and whose work was derided from afar."

He insists that there is nothing wrong with that inherent tension between audiences and the artists who challenge them.

"That's our situation, our calling - to 'tickle' people. And it's also my job not to tax them too much. It's got a lot of parallels to working with children, really. Encourage and challenge, but not press them too hard. They'll follow," he says.

He points out that when you put on a good production of Giuseppi Verdi's "Traviata" (and the Munich Opera just put one on with singers Angela Gheorghiu and Jonas Kaufmann), everyone will cry and be caught in bliss "and no one thinks about how putting a prostitute on stage was the biggest scandal of Verdi's time." 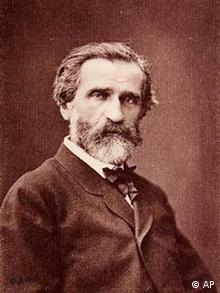 Verdi was a founder of modern opera, says Bachler

Bachler loves the works of the 19th century Italian composer - "when we talk about opera, we talk about Verdi because it's the foundation of modern opera" - and he wants to bring back or add operas like "Un ballo in maschera," "Rigoletto," "Simone Boccanegra," "La forza del destino," or "Ernani" to his house's repertoire.

Not interpreting an opera is impossible

To him, the job of an opera director consists of creating something that touches our emotions, even - or especially - when the material doesn't seem relevant.

"Pieces like Ernani or the wacky Lucrezia Borgia are so removed from our reality, they are like Greek plays that can be stripped down to their essence," he says. "If the conflict is far enough away, it can become incredibly present."

Whenever someone talks about being true to the time or to the composer, they mean the interpretive style from 20 and 30 years ago, explains Bachler, adding that what is nowadays called "historic" are really productions from the 1950s, not the 1820s, which are "more radical than you can even imagine."

But either way, there is no escaping a modern interpretation, he theorizes: "To go on stage means to interpret. To do nothing - even to be reactionary - is inevitably an interpretation."

A contract with the future

Bachler passionately champions not just the right, but the duty to actively work with the material bestowed upon actors and musicians. 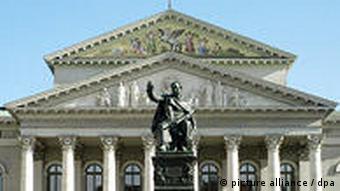 "When a playwright or a composer creates something, he makes a lifelong contract with the future for it to be developed and interpreted," he says. "Looking to the past for answers leads nowhere, lest you just end up putting on concerts in costumes and makeup, which would be boring and stupid and going against the composition and the writer."

Interpretation, says Bachler, is creating a world and setting an opera in it that many people in the audience are already familiar with.

"I am disappointed when we cease to strive for contemporary interpretation, when we give up on the aspiration to relate the opera and its creation to our times," he says. "If you talk about the major operas from the 17th century to today, they all deal with the same media, the struggle of being human. There is no reason why we couldn't connect that to our situation - the question is how.”

Opera is neither the circus nor an ice revue: People are in the theater and they leave the theater moved by certain human situations they relate to or project, know or don't know.

"What matters" - Bachler slaps his hands together as if to jolt the imaginary audience from collective lethargy - "is that something happens. Because that's what the whole thing is about."

A new era dawns at the Bayreuth Festival

Wagner expert Stephan Moesch says there is a lot of change in store at the Bayreuth Festival in the coming years, includes up-and-coming conductors. But the festival needs to redefine itself, he told DW. (22.07.2009)

Viewers wait for curtain to rise on scandal-plagued Cologne opera

A continuing scandal over a production at the Cologne Opera has theater audiences on the edge of their seats. The controversy pits a provocative director against his own singers, some of whom walked off the job. (06.05.2009)