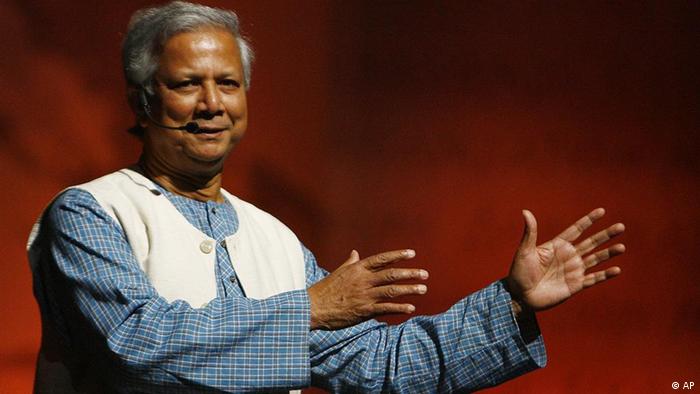 Prof. Yunus, in a letter to the members of the Grameen Bank on your departure from the bank in 2011 you wrote "I thought that if I were to lend money to the poor, than the villagers could be free from the grasp of the loan sharks. This is what I did. I never imagined that it would become my calling in life." How do you feel about the work you did with the Grameen bank for Bangladesh?

It's a great thing that people responded to it very well. Today, Grameen bank has about nearly 8.5 million borrowers. 97 per cent of them are women and they own the bank. It has grown into a nationwide institution which grants for loans for itself.

We give money so young people from poor families can go into higher education. We created a nursing college, so that the young girls can become good quality nurses. And we have created health care services. 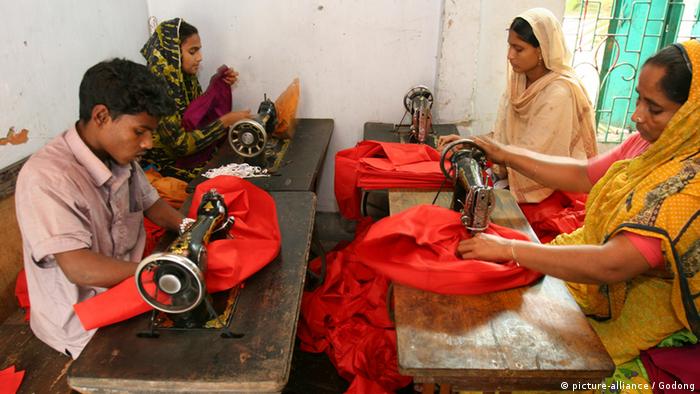 Small business owners in Bangladesh: every cent obtained from the Grameen Bank is paid back

How do you define poverty? In which way does poverty affect the individual as well as the whole society?

Poverty is not created by the poor people. It is imposed on the poor people by the system that we created. Sometimes I give the analogy of a bonsai tree. You take the seed of the tallest tree in the forest and you put it a flower pot: only a small, one meter high tree will grow. We call it bonsai. It looks very cute. But it doesn't grow tall. What is the problem? We didn't give it enough soil to grow.

Poor people are bonsai people. There is nothing wrong with the seed. Society simply never gave them the space so that they can grow as tall as anybody else. A lack of money equates to a lack of space.

Our system lends money to the rich people, but it doesn't lend money to the poor people. At the beginning, people might say: it cannot be done, they will never pay it back. Grameen bank has shown that they return every penny. Grameen ideas have spread all over the world – it has been proven that they pay every penny. But still, the banking system doesn't change. That's the root cause of an institutional flaw which causes poverty.

We need to give poor people access to technology, education, training, finances, health care, in return for a payment. We are not talking about giving them everything free. We don't give them a free loan. They have to pay it back. But in the meantime, they are changing their lives. Everything else can be done in that way. That's social business. Once we do that, there should be no reason why people should be poor.

Industrialized countries have committed themselves to invest 0.7 percent of their Gross National Product in international aid to fight poverty. On the one hand, they are still far away from the 0.7 percent target and on the other hand, despite trillions of dollars of development aid spent during the last decades, poverty is still there. What went wrong?

Aid is an excellent idea, the concept is fine. But the implementation gets a little bit rusty, a little bit difficult. First of all, aid always depends on two governments. One government gives, another government takes. Why don't we open it up? Why not use part of the money to create a social business fund in the country where you are giving the money? And then invite everybody to come up with social business ideas to solve problems. The more problems get solved, the more investment you make and the more money is coming back into the fund. That would be a good aid policy. 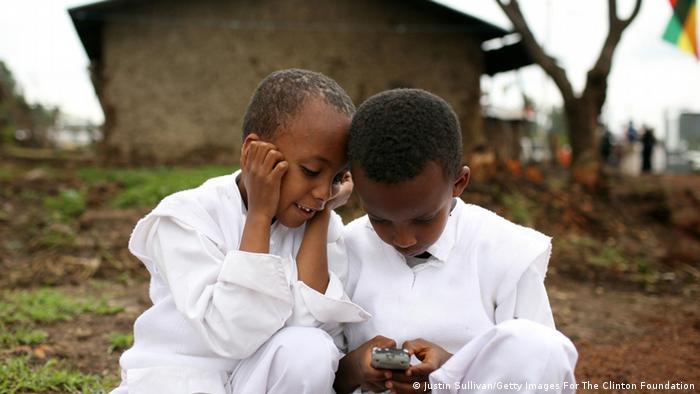 Smartphones should improve the access to educatino and health services, says Yunus

And we need technology. We have joint ventures with companies like BASF, Otto, Adidas and many others. Similar companies can go in joint ventures as a social business, so that they can transform the technology, they can transform the skill level of the people in that country so the people can create things for themselves. The important thing is how to interpret the idea of foreign aid. Social business will play a very important role in doing it the right way.

Where are the limits for social business in the global economy?

You have mentioned social business joint ventures with big global players like Adidas and other international companies. Don't you fear that these companies, which are often criticized for not respecting industrial relations or environmental standards, are just cleaning up their image by engaging in social business?

The companies sometimes have very bad images. But if you go inside the companies, there are many good people. When they work in a social business, they want to do good things. So you are influencing their policy.

Some people say we are too small to influence such a big giant. That's not true. It's the people's mind you influence, not the company. If you can influence one person, the CEO of the company, you will influence the whole company.

If we didn't do social business with them so that they didn't have the chance of image building, would that make them a good company? I don't think so. It's good to influence them, good to get them involved in the real cause. That's what social business has always been doing.

Which role does social business play for of achieving the Millenium Development Goals (MDG's) by 2015?

All the MDG goals, reduction of poverty, achieving health goals, education, are excellent social business ideas. We have lots of health care programs to reduce child mortality and maternal mortality, we are trying to build up social business based on technology. We are looking for companies to make ultrasonic devices which are very simple, light and portable. And now we are talking about ultrasonic tests as a software application for mobile phones. You send the image by your mobile phone. So you don't have to take this pregnant woman into some hospital, which is impossible.

Why should, in this day and age, anybody still be illiterate, tell me? There is no reason. The illiterate person has a telephone in her hand. If you can come up with good software like games and things which are fun, people will be having fun and at the same time they will learn to read and write. You don't need a school, you don't need teachers any more, because technology provides all these facilities. 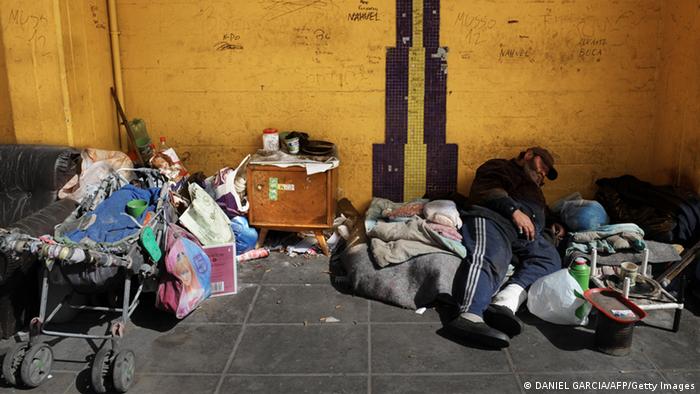 Poverty belongs in a museum, according to Yunus

You've said that you want the world to overcome poverty by 2030, and to ban poverty into the museum. But the world's population is still growing and we are facing global climate and energy crisis and hunger problems. Shouldn't you revise your vision?

No. It's happening. We will reduce poverty by half by 2015 and concrete results are emerging. It could be much easier; technology is making it easier. I not only think that we should put poverty in a museum. By 2030 and beyond, we should be thinking about creating a society without unemployment too. Why should anybody be unemployed? There is nothing wrong with the person! We created a faulty system, and that reflects on us. We are being punished for designing a faulty system.

We are educated people. We should be creating things to enjoy for everybody, so that creative power is not locked up in an unemployed person.

The economist Muhammad Yunus from Bangladesh is the founder and former CEO of the microfinance lender Grameen Bank. In 2006 he was awarded the Nobel Peace Prize.