Learn a funny, quirky German word each week with DW's Word of the Week feature. This week: Muckefuck. 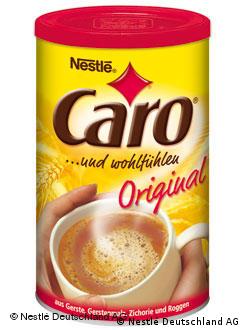 Don't let your imagination wander. "Muckefuck" is much tamer than you're probably thinking. The term, which refers to coffee substitute made from barley malt, is most likely derived from the French "mocca faux" (fake mocca). In former East Germany, "Muckefuck" meant "kids' coffee," since the barley malt concoction doesn't contain caffeine. Café Muckefuck in Rostock says it chose its unusual name because the word was associated with both coffee (though, admittedly, the connection is weak and tasteless) and nostalgia for former East Germany.