In conflict areas Doctors without Borders (MSF) often provide the only medical staff on the ground. Recently they have themselves become targets, with often dire consequences for their patients. 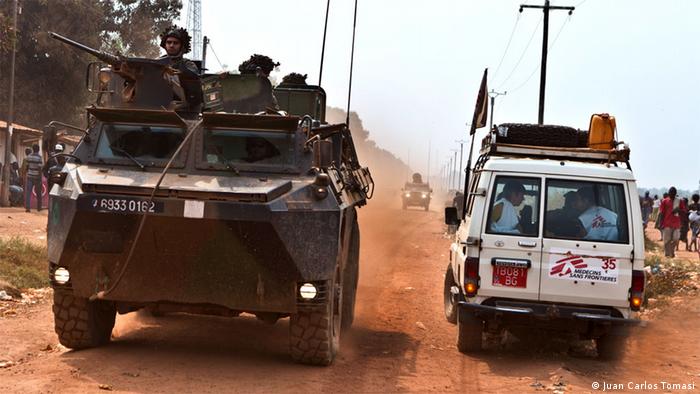 The fighting often started just after sunrise, said surgeon Hannes Pietschmann. He spent two weeks in May 2014 in South Sudan, working for Doctors without Borders / Medicins Sans Frontieres (MSF). "We had to stay in protected shelters, equipped with a survival pack containing water, food, personal documents and some emergency cash," he told DW.

When there was no fighting, Pietschmann treated gunshot wounds in the refugee camps in the north near Bentiu. Conditions were tough. "The heat in our hospital tents was terrible. The wounds and bandages were often old and wet and it was impossible to get rid of the flies," he said. Patients who were seriously ill were often too afraid to come to the clinics for fear of getting caught in the line of fire along the way. 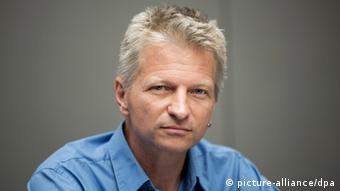 Frank Dörner is the head of MSF Germany

They had good reason to be afraid. On several occasions in recent months, militants attacked hospitals run by MSF and killed the patients. In a hospital in the town of Malakal, MSF staff came across the bodies of 14 patients who had been killed in their beds. The town borders Sudan and was destroyed through fighting earlier this year.

The targeted attacks on the non-governmental organization are not isolated incidents. In the Central African Republic (CAR) three MSF staff members were killed and in Syria five were held as hostages for several months. Frank Dörner, who heads MSF Germany, called the attacks a "dramatic violation of international humanitarian law" during the presentation of MSF's annual report in Berlin. This law extends special protection to the sick, the wounded and those who help them.

MSF pulls out from Somalia

The most dramatic incidents took place in Somalia. After 22 years, MSF withdrew their staff from Somalia as the safety of their 1,500 employees could no longer be guaranteed. It was the organization's most difficult decision in 40 years, said Dörner. In many parts of Somalia the only medical workers came from MSF. "We knew that we were leaving people behind who desperately needed our help," Dörner said. 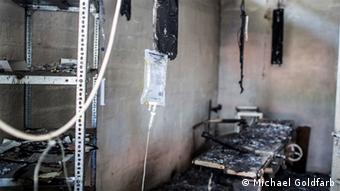 The deecision to leave was influenced by the unwillingness of the Somali authorities to prevent the attacks and the suspicion that they could even be involved. After the deaths of 16 staff members in Somalia since 1991, the risk was considered too great to continue.

Frank Dörner sees the rise in large scale attacks as a worrying development. He sees the state's use of medical aid as a political instrument as one contributing factor. Dörner recalls how the US intelligence service CIA organized a fake vaccination campaign in 2011 to cover up the search for Osama bin Laden. As a result, "vaccine activists were killed in Pakistan," and genuine campaigns had to be stopped.

‘Neutrality is the only protection'

It is also problematic when humanitarian organizations are described as direct partners of the state. 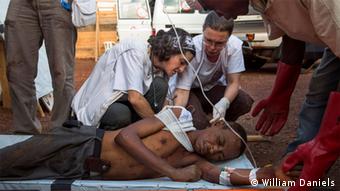 MSF doctors provide humanitarian aid and have no political agenda

This occurred in the recently-published "Counter Insurgency Manual" of the US army. "When people read in these documents that the International Committee of the Red Cross and MSF are civilian counterparts of the US army, this is a huge problem," Dörner said. "The only protection that we have is that we are seen as neutral, independent and non-partisan." MSF always works without armed protection.

MSF Germany also rejects the German government's strategy of combining military and humanitarian aid. Against the background of increased German military operations in Africa, MSF has called on the government to keep military intervention and aid separate.

Medecins Sans Frontieres will suspend activities in a Central African Republic town. It was a response to rebels opening fire in a hospital in Boguila, killing at least 16, including three MSF health workers. (28.04.2014)

The aid group Doctors Without Borders says it is pulling out of Somalia after 22 years there because of attacks on its staff. The Somalian government said the move would embolden al-Qaida-linked militants. (14.08.2013)