John Rabe was a member of the Nazi party and the German electronics giant Siemens' man in China during the build-up to WWII. But he also helped save about 250,000 Chinese from the clutches of Japan's military machine. 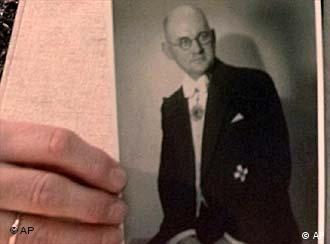 As a Nazi loyalist, Rabe was an unlikely World War II hero

"Ten years ago it was not possible to conceive that there was such thing as a good Nazi," said Ulrich Tukur, who plays Rabe in a film about his life that had its world premiere at this year's Berlin Film Festival.

"The Third Reich is indeed typical of the depths that humans can sink to and which are in each of us," Tukur said in an interview with DPA news service.

But he went on to a say "that every part of the history is built by a never-ending number of pieces of a mosaic." 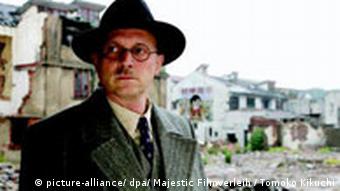 This includes British director Stephen Daldry's "The Reader," about a teenager living in 1950s Germany who has a passionate affair with an older woman he later discovers was a Nazi concentration guard, and "Valkyrie," starring Tom Cruise, which tells of a plot to assassinate Hitler.

Starring British-born Kate Winslet, "The Reader" was also screened at this year's Berlinale.

But the events surrounding Rabe's story and his efforts to protect the people of a country that he had developed a deep affection for date back to 1937, two years before Hitler's troops marched into Poland igniting World War II.

The Good German of Nanking 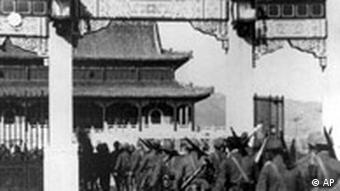 The movie shows how Rabe helped Chinese civilians escape the horrors of what is known as the rape of Nanking by helping set up and take over the running of a special security zone.

But it also shows that Rabe ran into opposition in the local foreign community in Nanking, among them American physician Robert Wilson, played by US actor Steve Buscemi.

Dismissing Rabe as "the Nazi," Wilson rejects at first the idea of the Siemens' man taking charge of the security zone housing the Chinese. Wilson, however, later becomes Rabe's deputy.

As the Japanese move to tighten their grip on Nanking, Rabe comes up with the idea of hoisting a Nazi flag over the Siemens compound, where the Chinese citizens are held up so to keep the Japanese bombers at bay. 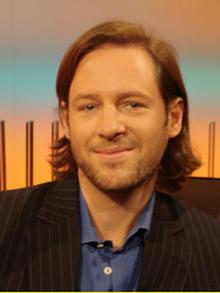 Remarkably, Gallenberger, 37, uses the elements of danger and horror as well humor to tell his story about Rabe's calm and low-key heroism during a dramatic and fearful time in history.

Relations between China and Japan are still shaped by the brutality of the imperial Japan's military's barbarous crackdown on the Chinese population during 1937.

A convincing portrayal of Rabe's life, Gallenberger's movie is also another sign of German filmmakers attempting to regain control of their nation's history and wrestle it away from the movie industry in Hollywood and London.

Moreover, the Nazi wartime movies that have emerged from Germany in recent years also demonstrate that German filmmakers have new stories to tell about the war.

"I have the feeling that the long shadow of National Socialism is being lifted," said Tukur. "You notice that this country's young directors see the culture and the people differently, also with more affection."

The Return of the Bear: Berlinale 2009

Edgy cinema with topical subject matter such as the financial crisis and the anniversary of the fall of Communism is set to dominate this year's Berlinale film festival. (04.02.2009)

John Rabe, a German businessman saved thousands of Chinese from Japanese soldiers during WWII. DW-WORLD.DE spoke with Erwin Wickert, the editor of his diaries. (11.11.2006)