Moscow authorities will look into the idea of designating the US embassy as "North American Dead End No. 1," the mayor's office said. A lawmaker floated the new name after a "Boris Nemtsov Plaza" appeared in Washington. 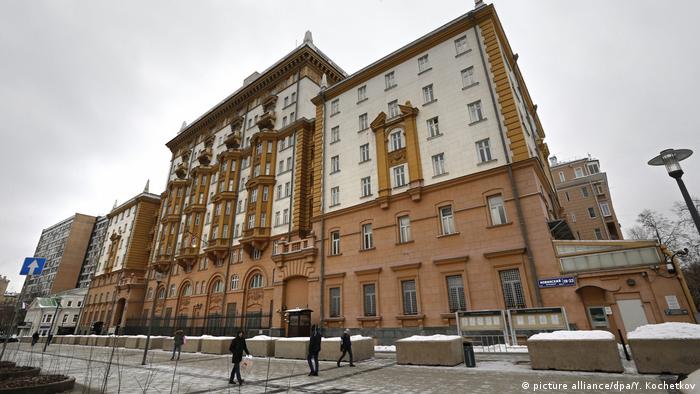 The US embassy in Russia might soon be getting a new official address in Moscow, with a city committee due to consider re-designating the embassy building as "North American Dead End No.1" by the end of February.

The jab was first proposed by the senior Duma lawmaker Mikhail Degtyarev as a tit-for-tat response to city officials in Washington DC, who had renamed a part of a street outside Russia's embassy "Boris Nemtsov Plaza." The Russian opposition leader was assassinated not far from the Kremlin in 2015. In a pointed critique of the Russian regime, the Washington authorities said that renaming the street after Nemtsov serves to show the city's attachment to "democracy."

In his proposal, the nationalist Degtyarev suggests that Moscow should give the name of "North American Dead End" to the currently unnamed blind alley that runs alongside the US embassy compound. Doing so would allow the city officials to change the embassy's address from Bolshoy Devyatinsky Pereulok No. 8 to Severnoamerikanskiy Tupik (North American Dead End) No. 1.

"Moscow is an ancient, historic city, unlike Washington," Degtyarev said. "That is why we will not change the pre-existing street names or alley names over fleeting political ambitions or disputes. However, we might as well change the mailing address of a no-name dead end street."

The US embassy responded to Degtyarev's initiative in a statement to Russia's RIA Novosti agency on Monday.

"Anyobody can talk about blind alleys. Us being American diplomats, we prefer to focus on finding ways to move towards more constructive ties between the US and Russia."