As the number of vacationers around the world rises, the tourism industry's carbon footprint grows. But not all governments understand the need to react, as Chris Cottrell reports from Leipzig, Germany. 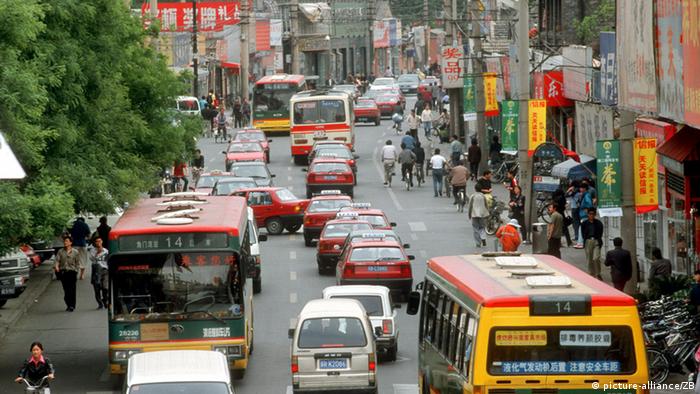 It used to be that business travelers would drive their company car to the airport, hop on a plane to their destination and then take a cab to their hotel. Now for many people, all it takes is a few swipes on a smartphone for an Uber to whisk them away to the nearest train station. Once at their destination, a traveler can rent a bike or hail another lift-catching service to their Airbnb.

"Mobility has really changed significantly," said Martina Eggler from Carlson Wagonlit, a German travel management company, during remarks at a global transportation summit in Leipzig. "The interest to change traditional travel patterns is there."

The tourism experts and champions of environmental protection that have gathered here seem to agree that changing the very nature of travel - from how we get from one place to another, to the kinds of places we stay - is crucial to combating climate change.

Twice as many tourists

The Organization for Economic Cooperation and Development (OECD) estimates there will be some 1.8 billion tourists trotting around the globe by 2030, up from just over 1 billion in 2013.

Those sight-seers and the money they spend are a fundamental pillar of the world economy, accounting for 9 percent of global gross domestic product (GDP).

According to the World Bank, of all the exported goods that circulated the planet in 2013, 5 percent of them were for tourism-related purposes. When viewed from the perspective of total service-sector exports that same year, the number rose to 28 percent.

The importance of tourism for the global economy was underscored in June 2012 when G20 leaders meeting in Mexico for the first time recognized it as a major driver of growth. 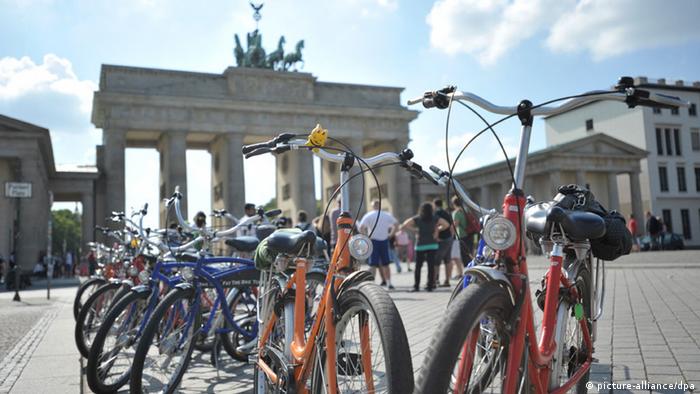 Moving around doesn't have to mean a burden on the environment

In fact, the number of tourists around the world is set to increase at a steady annual rate of 3 percent, according to figures provided by the OECD. But that kind of growth could be perilous for the environment. In 2005, tourism accounted for 5 percent of global greenhouse gas emissions. Of that, 40 percent was from air travel; 32 percent from automobiles; and 21 percent from accomodations.

"There is no alternative to sustainability in tourism," said Dirk Glaesser, a risk and crisis management coordinator at the World Tourism Organization. "It's intrinsic. Transportation is by definition an element of tourism."

That means reducing the carbon footprint of those billions of tourists will have to involve changing the very way they get around. But as speakers at the transport forum in Leipzig have noted, it is ultimately the responsibility of governments to provide and promote viable alternatives to conventional travel.

Better railways are crucial if people are going to make the switch from plane to train. Public transportation must also be reliable and swift enough to win over tired travelers who just want to get to their hotel after a long and strenuous journey.

So is the overlap between tourism and transportation on most governments radar? Not necessarily.

"Would I say that they get this message? No," Glaesser said, adding that the responsibility for these two portfolios is all too often divided between ministries rather than centralized in one.

It's left to activists, advocates and experts to get that message across, Glaesser said. And time is of the essence - an upcoming United Nations summit in Paris in December, where world leaders will attempt to forge concrete solutions to mitigate climate change, has added a level of urgency to the debates at this year's International Transport Forum.

"The global thermostat continues to rise," UN Secretary General Ban Ki-moon said in a statement beamed via video stream to the forum in Leipzig. "All of us must do more."