A year and a half after the launch of a controversial online game about the homeless, the ‘Pennergame’ is a runaway success. But it is also a source of irritation to critics, who say it is morally flawed. 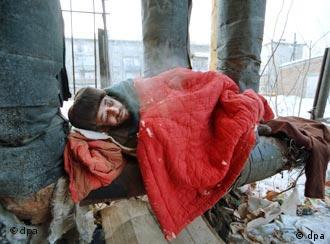 When Marius Follert and Niels Wildung first conceived of the 'Pennergame' - which takes its name from the German word for 'dosser' or 'bum' - they were still at school.

Confronted with homelessness near where they lived, they decided to try and draw attention to the issue by transporting it onto the computer screens of young people up and down the country, in the form of a computer game that lets players live the life of a virtual homeless person. It was very much a case of a teenage hobby.

But within months Follert and Wildung had picked up more than a hundred thousand players and were on the look out for investors. They found them in the form of ICS venture capitalists and their company, Farbflut Entertainment, hasn't looked back since. 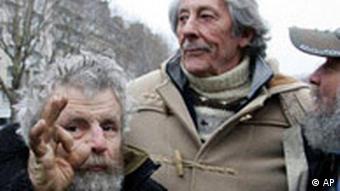 Some groups have slammed the game's innacuracy

On the contrary, the triumph of Pennergame on home turf spurred the young gaming entrepreneurs to export their winning formula to five other countries, including Turkey and Poland. And they are currently preparing to launch in the US and Russia as well.

Yet for all the excitement it has generated in the international browser gaming community, Farbflut's free-to-play baby regularly comes under fire from homeless organizations outraged by its audacity.

For to climb from the fringes to the pinnacle of society - as is the game's aim - virtual hobos not only have to spend hours collecting old bottles, but are encouraged to pick pockets, make weapons and become engaged in gang warfare.

It's not only these inaccurate depictions of life on the streets that have angered the homeless and their advocates, but a feeling that their misfortune is being exploited for financial gain. One such critic is Islam, who goes by his first name only and is currently roughing it in Berlin.

“I think it is a good thing to educate people about how the homeless live and stay alive," Islam said. "It's okay if they are just doing it to support the homeless, but it is not okay to make money from it." 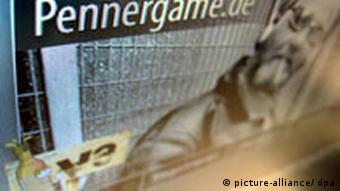 Aficionados regularly donate to the homeless

So just how much is Farbflut Entertainment, which generates its revenue through advertising, earning on the back of a needy cause?

Co-creator Follert said that the company is "cash-flow positive." But, he added, a percentage of their takings goes to where it is needed most.

"Last year we donated a high five-figure sum," he said. "From the very beginning our concept was to donate a part of what we earn, and that's something we continue to do."

In addition, Farbflut also uses the Pennergame as a means of encouraging players to dip into their own pockets. Jaqueline Ernst, spokeswoman for the company, says they regularly put out calls for donations to specific projects, and that they are often overwhelmed by the response.

"We recently had a group of 50 players who joined forces to donate 1,500 euros ($2,120) to a church community which supports a homeless project," Ernst said. "It shows that people are thinking about the issue."

One organization which has already benefited from the gamers' goodwill is Mob e.V, a Berlin charity that helps the homeless to help themselves by selling a street paper. When chairman Christian Ghattas posted a request for funding on Betterplace.org - an online platform for all manner of charity projects - the Pennergame community donated five thousand euros in the space of three months.

"The floor in our recreation room was in a bad state," he said. "But with the money from the Pennergame community and Farbflut, we had it retiled." 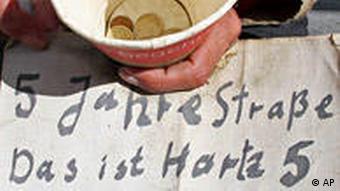 As one of the first recipients of money generated by fans of the game, Ghattas firmly believes there is a place for drawing attention to serious issues through computer entertainment. Even if that means businesses like Farbflut make money in the process.

"It is very hard to survive as a company so I think it is okay that they try to stabilize their financial background because that enables them to do more for the people they have made the game about," Ghattas said.

But Islam argues that there are other, more effective ways of helping the homeless. In his eyes, it is better to get involved rather than sit behind a computer screen.

"The most important thing in life is time, so when you spend your time playing the games, it is not enough. I think it is better to mobilize people, to help directly," he said. "Just ask yourself what you could be doing with the same time you spend playing the game."

With Germany in the grip of freezing winter weather, at least ten people are known to have died because of the cold. Experts say that the problem is worse in smaller towns and that more help is needed. (07.01.2010)

Homeless photographers show another side of Dusseldorf

Some people stop and make a donation, most continue on their way. Professional photographer Thomas Struth teamed up with homeless vendors in Dusseldorf to reveal another side of the city. (07.08.2009)

Corporate executives in the soup kitchen

Managers working with homeless people – that's the idea behind the Changing Sides project. By working for charitable organisations they aim to improve their social skills and change corporate culture. (27.07.2009)