Monumental Nazi Building to Fill With Sound of Klezmer Music

The Nuremberg Congress Hall was the most ambitious building project attempted by the Nazis. It's now set to reopen Friday, March 7 with a concert starring clarinetist Giora Feidman playing Jewish klezmer music. 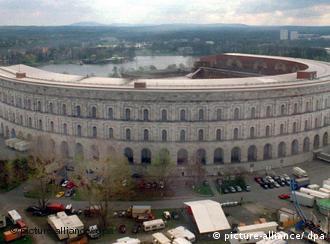 The building was never finished

The foundation stone was laid in 1935, but the gigantic oval building on Dutzendteich Lake, modeled on the Coliseum in Rome, but 25 percent bigger, was never finished. 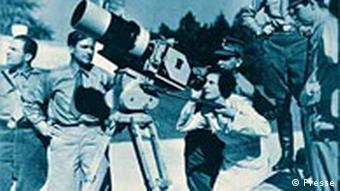 Leni Riefenstahl filmed "Triumph of the Will" in Nuremberg

The building was part of the Nazi rally grounds where Hitler held his massive military parades during the Third Reich. It memorably featured as a backdrop in Leni Riefenstahl's propaganda documentary "Triumph of the Will," which was commissioned by Hitler as a chronicle of the 1934 Nazi Party Congress.

Today, its outer walls surround a field of weeds, which Nuremberg kept as a warning against fascism for future generations.

But two completed annex buildings have since been remodeled, both symbolically broken open with walls and ceilings of glass.

One opened in 2000 as a museum documenting the atrocities of the Third Reich.

The other has been revamped as a concert hall with over 500 seats in a redevelopment which took 14 months and cost some 2.5 million euros ($3.9 million).

It is set to open Friday with an inaugural performance by the clarinetist Giora Feidman, who specializes in Jewish music. 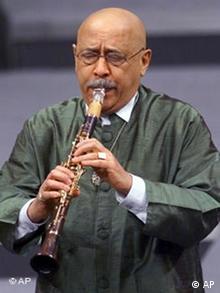 In 2010, the venue will become the new home of the Nuremberg Symphony Orchestra. Until then it will serve as a temporary venue for the city's state theater while its own premises are redeveloped.

The orchestra has been using the southern wing of the building, which has not been renovated, since 1963 for its rehearsals.

The burden of history

The city has spent years debating whether to keep the vast neo-Classicist park built by the Nazis for displays of mass loyalty to dictator Adolf Hitler or to tear it down.

Ultimately, it was decided to use one annex for music as a deliberate counterpoint to the Nazi cult of violence.

In German history, the city is inextricably tied to the Third Reich. Nuremberg was chosen by the Nazis as the center of their "Aryan" world, with Hitler conferring upon Nuremberg the title "City of the Party Rallies."

Up to a million Party members would travel to Nuremberg for the week-long rallies, and it was here that "der Führer" gave many of his speeches on the supposed superiority of the Aryan race.

The city was also home to the Nuremberg Trials, which tried Nazi leaders for crimes against humanity after World War II. 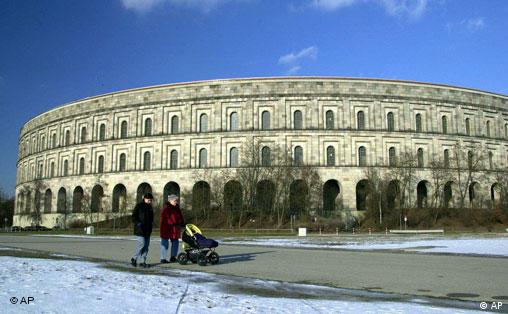 Banishing the ghosts of the past

New German Archive Focuses on Music Silenced by the Nazis

Numerous Jewish musicians across Europe were forbidden from performing or publishing their compositions during the Nazi years. Now, a new Center for Ostracized Music aims to recover these lost musical voices. (29.02.2008)

The director of a musical about Anne Frank's tragic story says his venue is a better way to reach young people than through a stuffy exhibit or book. The show premieres in Spain on Thursday, Feb. 28. (28.02.2008)

Fire broke out in the German parliament on the night of Feb. 27, 1933. It accelerated Adolf Hitler's dictatorial take-over of Germany, but he would have seized power even if the blaze hadn't occurred. (27.02.2008)

Do you think Nuremberg should have torn the building down? Send us an e-mail, including your name and country of residence.