Monsanto pushes against California listing of herbicide as cancer cause | News | DW | 21.10.2015

The agricultural giant Monsanto has urged California not to list herbicide glyphosate as carcinogenic. Glyphosate is the main ingredient in Monsanto's Roundup herbicides and many other products across the world. 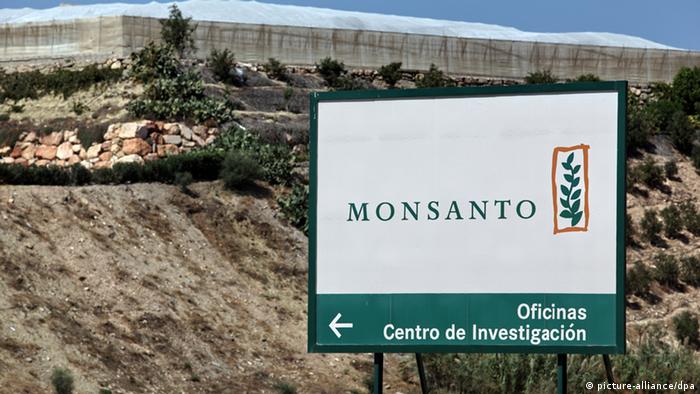 The multinational company filed its comments on the proposed list on Tuesday, saying that California regulators were not considering valid scientific evidence.

OEHHA said that their move was prompted by the World Health Organization's (WHO) cancer research committee. The global organization classified glyphosate as a probable human carcinogen in March.

However, Monsanto said that state's actions could be considered illegal for not taking all valid data into account.

Listing glyphosate as a cancer cause "has the potential to deny farmers and public agencies the use of this highly effective herbicide," Monsanto said in its public filing.

"Global regulatory authorities... agree that glyphosate is not carcinogenic," they added.

Others, however, supported California's bid to list glyphosate as a cause of cancer. Several farming, public health and environmental groups pointed out the dangers connected to the herbicide in a letter to OEHHA earlier in the week.

The controversial chemical was introduced in 1974, and it is now registered in over 160 countries. It is the key ingredient in Roundup, Monsanto's popular line of herbicides, and hundreds of other products.

However, many scientists and health activists warn against glyphosate residues on food.

After the WHO's decision to label glyphosate as a probable carcinogen, several firms representing US farm workers sued Monsanto, accusing the company of keeping silent on the chemical's effects.

Monsanto has rejected the claims.