Armed men have murdered a prominent Syrian political analyst in southern Lebanon, another sign of spillover from the Syrian war. Meanwhile, the United Nations has called the Syrian refugee crisis the worst since Rwanda. 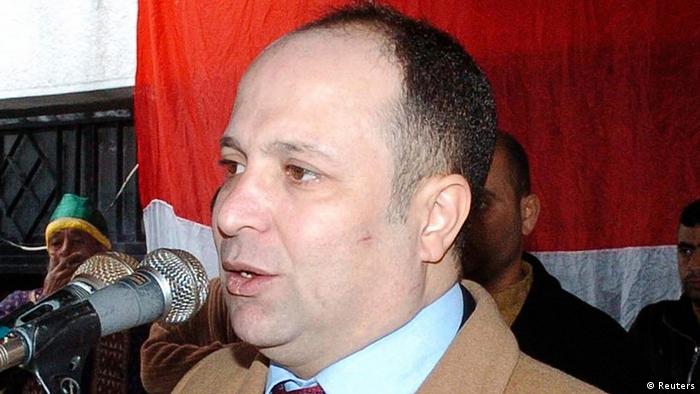 Reports of the death of a pro-Assad political analyst from Syria were confirmed by Syrian state news agency SANA and Lebanese security sources on Wednesday. Mohammed Darrar Jammo, 44, was assassinated by gunmen at his home in the coastal town of Sarafand, they said. The assailants reportedly shot him over 20 times.

Moderate and jihadi groups have for months battled together in the attempt to overthrow President Bashar al-Assad's regime. But in recent weeks, infighting amongst opposition groups has become more frequent. (16.07.2013)

The high-profile Syrian had gained notoriety through his appearances on Arab TV channels, including in Syria and Lebanon, as a political commentator and was known for his support of Syrian President Bashar al-Assad.

Jammo's wife and daughter were in the house at the time of the attack. His daughter was later taken to the hospital to be treated for shock.

Sectarian violence has worsened in Lebanon in recent months as Sunni and Shiite groups have become more vocal supporters of the Syrian opposition and the Assad regime, respectively. The Shiite-militant group, Hezbollah, in particular, has drawn both regional and international criticism for its involvement in combat alongside the Syrian military across the border.

Jammo's death came as a rare occurrence in the escalating violence in Lebanon, which until now, has only resulted in the deaths of Lebanese nationals and, in some cases, Syrian military officials in border areas.

Meanwhile, the United Nations readdressed the need for cross-border operations to tackle an increasingly severe refugee crisis resulting from Syria's 16-month conflict during a meeting in New York City on Tuesday.

"We have not seen a refugee outflow escalate at such a frightening rate since the Rwandan genocide almost 20 years ago," UN High Commissioner for Refugees Antonio Guterres told the Security Council.

In 1994, more than two million Rwandans fled a genocide which saw radical Hutus kill some 800,000 Tutsis and moderate Hutus within three months.

According to recent estimates, 1.8 million Syrians have fled into neighboring countries and over 100,000 have perished in the violence since the beginning of the civil war, which has entered its third year. Roughly 6,000 refugees are crossing the borders daily, Guterres reported.

UN Emergency Relief Coordinator Valerie Amos told the Council at least $3.1 billion (2.36 billion euros) was still needed for operations in and around Syria for the remainder of 2013, but "considerable restraints" have been imposed on aid agencies by the government and opposition groups.

The Syrian government is opposed to any cross-border aid alonside Russia, a veto-wielding Security Council member and key backer of the Syrian regime.