Migrants and asylum-seekers are typically the first group suspected in a criminal investigation in Germany. A report by Germany's Federal Criminal Police Office (BKA) seeks to right misconceptions and unmask prejudices. 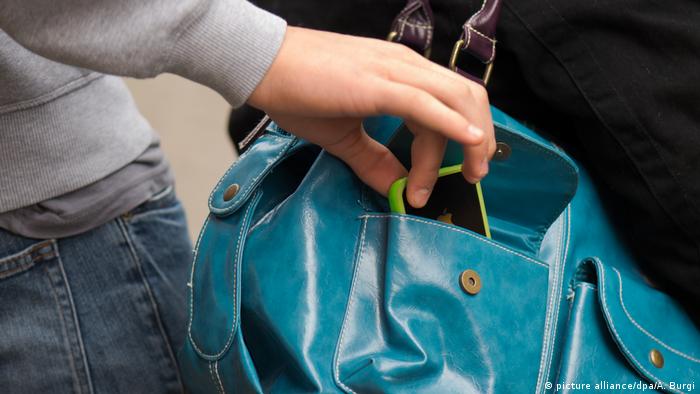 A research team led by German broadcaster NDR and the "Süddeutsche Zeitung" newspaper on Friday reported that confidential BKA documents show that the number of crimes in which the perpetrator or suspect was a migrant sank over the course of 2016.

Crime down by a quarter

By the third quarter of 2016, the number of crimes committed by migrants, asylum-seekers or illegal immigrants had sunk by 23 percent compared to the first quarter.

Germany's Interior Ministry intends to present the figures by next week. A BKA spokeswoman was able to confirm the existence of the report, although not its contents.

The data, much of it publically available, was gathered and put together by the federal government and the individual states.

The BKA report said a great proportion of offenses can be regarded as mere trivialities. As many as 17 percent of recorded crimes were cases of people evading public transport fares.

Around a quarter of all cases were thefts, while another quarter were reported acts of causing bodily harm.

A significant proportion of bodily harm offences resulted from fights between migrants, while only about six percent of violent offenses were directed at a nonmigrant. Meanwhile, around 1.3 percent of violent crimes were acts of rape and sexual assault, or attempts to commit such crimes.

Overall, the number of cases involving burglary, as well as asset and identity theft all fell sharply.

As has often been the case in previous BKA surveys, trends in crime greatly vary depending on the perpetrators' nationality or country of origin.

As a result, Syrian, Iraqi and Afghan migrants - the main group of recent migrants into Germany - feature relatively little in the research. Overall, migrants from the three countries make up two-thirds of all migrants and a third of all criminal perpetrators.

The migrant demographics most likely to be suspected or found guilty of criminal acts are those from the Balkans (11 per cent of all immigrants, 19 percent of all acts), from the Maghreb states (2 and 22 percent) and from Gambia, Nigeria and Somalia (altogether 3 and 8 percent).

Concerning politically motivated crimes, the report's outlook is staunchly negative. The BKA said it had recorded 457 incidents relating to Islamist militants or sympathizers currently living in Germany in the year to mid-November.

The BKA also revealed that there are currently 90 investigations underway, 19 of which concern war crimes committed in Iraq or Syria by migrants now living in Germany.