Miep Gies, one of the group of Dutch who helped hide Anne Frank and seven other Jews from the Nazis during World War Two, is celebrating her 100th birthday on Sunday, Feb. 15. 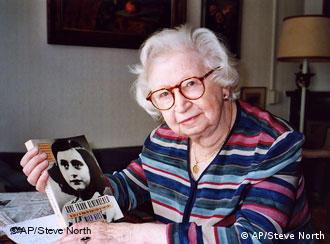 Gies will commemorate her centenary birthday quietly with family and friends, the Anne Frank Museum said on its Web site.

In a recent statement on her own Web site, Gies said she was proud to have lived so long.

"I am almost one hundred years old now. That is an admirable age, and I have even reached it in fairly good health. So then it's fair to say you've been fortunate, and being fortunate seems to be the red thread running through my life," she said.

During the Second World War, Gies, along with Johannes Kleiman, Victor Kugler, Bep Voskuijl, Jan Gies and Johan Voskuijl, made up a team of helpers for the eight Jewish people hiding in the Secret Annex at Prinsengracht 263 in Amsterdam. 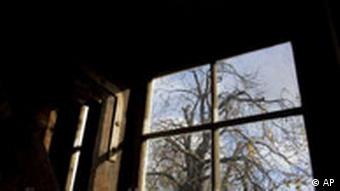 One of those in hiding, Anne Frank, described in detail the intricacies of life in the annex from 1942 to 1944 in a personal diary, which came under the care of Gies after the family was betrayed and taken into custody by authorities in occupied Holland.

The Anne Frank Diary went on to become an international bestseller and has been translated into 70 languages.

"When Otto (Frank, Anne's father) approached her in the spring of 1942 to help him and his family go into hiding, Miep did not hesitate," the Anne Frank Museum said.

"For two years, together with the other helpers, she made sure that the people in hiding were supplied with food and other essentials … putting their own lives at risk."

It is a matter of much speculation as to who betrayed the eight people in hiding, and historians say the person's true identity may never be know. Of the eight, only Otto Frank survived imprisonment in a Nazi concentration camp.

Miep has received numerous honors in Germany and the Netherlands for her actions during the war.