Microsoft to cut thousands of jobs | Business| Economy and finance news from a German perspective | DW | 08.07.2015

Microsoft to cut thousands of jobs

The tech giant has announced a massive round of job cuts as the company scrambles to breathe new life into its flagging smartphone business. CEO Nadella also told employees to prepare for a major restructuring charge. 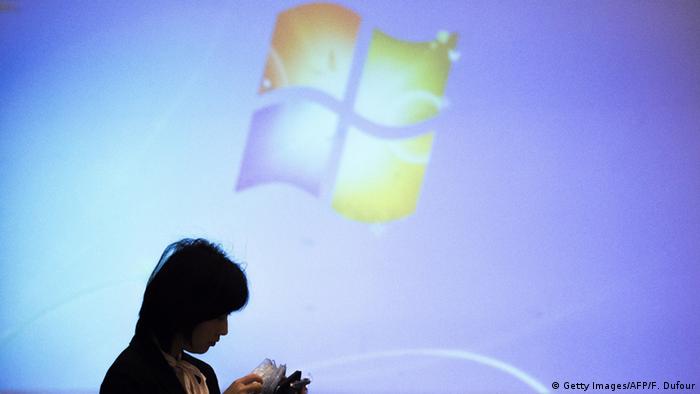 Almost a year ago to the day, Microsoft CEO Satya Nadella warned employees of hard choices ahead in areas where "things are not working."

On Wednesday, that warning became reality. The executive announced the company would be cutting up to 7,800 jobs and pushing through spending cuts worth some $7.6 billion (6.9 billion euros) in an attempt to revive its flatlining Nokia phone business.

Microsoft bought the once-iconic Finnish mobile phone maker for $7.3 billion in April 2014. The deal was signed by then-CEO Steve Ballmer, who had wanted the Windows company to be in control of producing its own smartphones and tablets.

Just two months after the ink had dried, Ballmer was replaced by Nadella, who soon began to see the embattled Nokia unit as a thorn in his eye as it continued to lose ground in the smart phone market.

"This was a very expensive mistake both in terms of cash and time for Microsoft," tech analyst Jeff Kagan said of the acquisition.

While most of the job cuts will target the phone division, Nadella insisted that Microsoft will keep making smartphones. In an email to employees on Wednesday, he said the company would shift its focus from "a standalone phone business to a strategy to grow and create a vibrant ecosystem."

"I am committed to our first-party devices including phones. However, we need to focus our phone efforts in the near term while driving reinvention," Nadella wrote.

Microsoft will launch its new Windows 10 operating system later this month, which will run on both PCs and mobile devices.

The announced layoffs represent nearly 7 percent of Microsoft's global workforce - which stood at 118,000 at the end of March - and will bring the total number of cutbacks to over 25,000 in the past 12 months alone.

Last summer, less than six months into his tenure, the newly-minted CEO announced the biggest-ever discharge in company history: 18,000 positions.

In addition to the cuts, Nadella also told workers on Wednesday to brace for a restructuring charge of "approximately $750 million to $850 million."

Analysts are optimistic that Microsoft - once the world's top tech brand - is facing brighter days ahead.

"I think Windows 10 may be Microsoft's first real chance at growth in many years," Nadella added.

FBR analyst Daniel Ives said that while the cuts will be painful, they're necessary:

"We believe Nadella's proactive approach at cleaning up the Nokia acquisition is a positive 'tipping of the hand' around Microsoft's future focus on software (versus hardware) as the company head into a pivotal year, with Windows 10 front and center as a major product catalyst."

The Redmond, WA-based firm said it would give more details when it reports its fourth-quarter earnings on July 21.