German beer consumption has been in steady decline since the early 1990s –- especially among young people. Speciality breweries and brew-pubs could change that, but they've not really become popular -- so far. 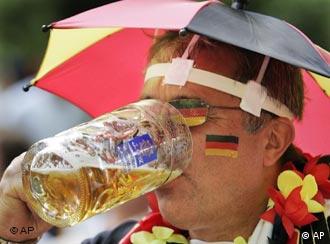 Beer may be Germany's unofficial national drink, but more and more Germans seem to be losing their taste for it. According to the German Brewer's Association, beer consumption fell by around 18 percent from 1992 to 2006.

One person who's not affected by the decline is Berlin's Oliver Lemke, the owner of one of the few independent brewpubs in the German capital. Business is up in all four of his establishments, the first of which opened in 1999. He said the overall slump reflects the destruction of small local breweries by big corporations.

"There used to be 100 breweries in this neighborhood alone," Lemke said. "They died out in the 1970s with the trend toward mono-breweries. The big breweries -- for example Warsteiner or Licher – said: ‘We're only going to make one sort of beer, a premium pilsner, and we'll market it nationwide.' And that inevitably leads to a dead-end. At some point, even the world's biggest idiot notices that there's virtually no difference between a Warsteiner and Licher." 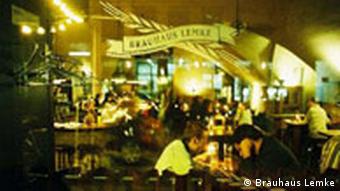 Berlin's Brauhaus Lemke hasn't been affected by the slump

Germany has some 1,300 brewing companies, but the vast majority -- including Germany's most famous brand, Beck's -- belong to huge international conglomerates, and styles rarely stray from the standard pilsner and wheat varieties. The main strategy among major brewers for interesting young people is to mix their products with everything from lemon flavor to cola.

But why hasn't Germany gotten in on the micro-brewery and real-ale trends in the US or the UK? After all, no self-respecting Manhattan yuppie would be seen with a Bud Light in his hand.

"It's a global interplay between wrong-headed marketing, the wrong sort of people as bar owners and the wrong retailing structures," Lemke said. "That's why those trends are under-represented here compared with the United States."

Lemke is trying to change that. His brewpubs revive almost forgotten brewing styles, such as amber ale or the double-hopped, non-filtered Zwickel, and seasonal specialities such as the extra-strength Märzen ("March beer"). They sell a respectable 2,500 hectoliters (66,000 gallons) a year -- and there's no mistaking them for Beck's. 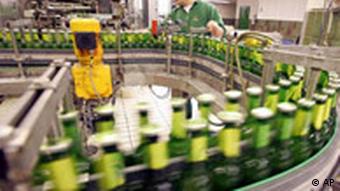 But it's difficult for independents to break through against the conglomerates. The big brewing companies control distribution networks and encourage pub owners to feature their products exclusively by offering loans, price rebates and free tapping and refrigeration systems, beer glasses and even ashtrays.

And German consumers and bar owners are ignorant about the drink itself, Lemke said.

"The German beer drinker thinks he knows a lot about beer, but most of them know very, very, little," he said. "It start's with the myth that you need seven minutes to tap a good pilsner. Nonsense -- that just makes it go flat and warm. When I go to bars, I usually drink bottled beer because I know the tap beer has usually been physically abused. It's atrocious. I know a lot of people in America that know far more about beer than people here in Germany." 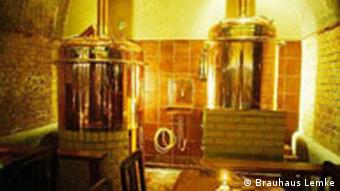 What would a brewpub be without the obligatory copper brewing kettles?

The first problem for small brewers is how to let potential customers know that they're there.

"That's due in part to the marketing abilities of the big companies," said Marc-Oliver Huhnholz, press spokesman for the German Brewers' Association. "Also America never drank as much beer as Germany so small brewers can have more impact."

And to appeal to a new generation of potential beer drinkers, brewers have to take into account demographic shifts and the accompanying changes in personal taste. 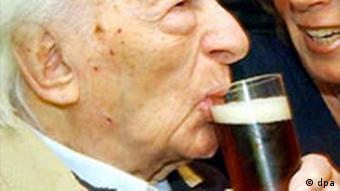 Beer suffers from its image as a drink for older men

"The average age in Germany is rising, and older people tend to drink less," Huhnholz said. "And among younger people, the trend is toward milder drinks -- women especially prefer sweeter drinks. They don't want anything too bitter."

But Huhnholz also thinks that small local breweries can play a role in stirring up new interest in -- and appreciation for -- beer.

"Small brewers have to offer an attractive product, and they need to do a lot of marketing," Huhnholz said. "But some of them can succeed." 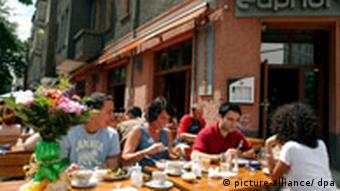 Friedrichshain's student crowds might be perfect for a micro-brewery

Philipp Brokamp would love to do that, but first he has to get started. The 32-year-old brewer moved to Berlin last year and is set to open his first brewpub, appropriately named Hops and Barley.

Without the support of a major corporation, that's proven a daunting task. Germany's notorious bureaucracy hasn't made things any easier, Brokamp said.

"There's the stereotype about bureaucracy, but I now know it's not a stereotype," said Brokamp, who was forced to postpone opening due to red tape. "I've had to deal with at least eight separate government permit agencies, everything from the Civil Engineering Office to offices for the environment and handicapped accessibility. Every one of them considered itself particularly important, but they couldn't even agree on what the regulations were."

All that for a bar with a capacity of 100, where the beer is made in the basement.

While he's tying up loose ends, Brokamp is brewing light and dark beers as well as red ale and cider. His style emphasizes malt more than Lemke's without being overly sweet.

Brokamp's beers are also non-filtered, which means they look cloudy when poured. But as he explains, cloudiness is good.

"The things mass breweries filter out aren't impurities," Brokamp said. "They're very nutritious, and they make the beer more flavorful than filtered varieties." 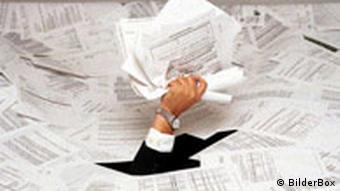 Lemke's flagship brewpub is in the touristy neighborhood around Berlin's Hackescher Markt, while Brokamp's bar is located in the more residential area of Friedrichshain. He knows it will be a challenge to convince the locals to drink local stuff, but he's confident.

"I think that it's exactly the right niche in the market," Brokamp said. "General consumption is in decline. People are more conscious and perhaps more choosey about what they drink. And so I hope they'll be interested in the sort of specialities that I'll be offering."

Brokamp will begin testing that hypothesis on Feb. 2, when Hops and Barley officially opens. Then he'll see whether his neighbors are interested in trying something out of the ordinary or whether they prefer to just keep popping open Beck's -- in decreasing numbers.

Readers Are Passionate About German Beer

Had any nice beers lately? Send us an e-mail. Please include your name and country in your reply.

North Korea is raising a glass to celebrate the 20th anniversary of the pouring of the first pint of its flagship Taedonggang beer — although the accolades have failed to acknowledge its distinctly capitalist roots.