Ahead of the Executive Committee meeting this week, FIFA continues to be in turmoil after a leading figure on the Ethics Committee, Michael Garcia, stepped down only a day after his appeal was rejected. 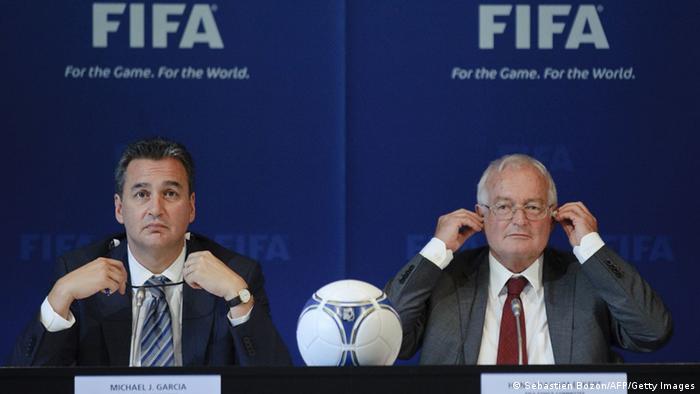 Michael Garcia, the American attorney tasked with investigating allegations of corruption in FIFA, has resigned citing a 'lack of leadership' within the organization.

The American quit a day after FIFA rejected his challenge of Hans-Joachim Eckert's 42-page summary, which Garcia claimed to be "numerous materially incomplete and erroneous representations."

Garcia submitted his 420-page investigation into suggestions of corruption within the world football's governing body in September, only to see both it and his appeal rejected. A clear split has emerged between the American and other parties in the organization. The full findings of Garcia's report remain private.

"For the first two years ... I felt that the ethics committee was making real progress in advancing ethics enforcement at FIFA," Garcia said in a statement.

"In recent months, that changed."

The American lawyer also wrote about his lack of confidence in Ethics Committee colleague Eckert.

"(The) Eckert Decision made me lose confidence in the independence of the Adjudicatory Chamber, (but) it is the lack of leadership on these issues within FIFA that leads me to conclude that my role in this process is at an end," he continued.

Garcia concluded his statement by saying that the final word on the hosting of the 2018 and 2022 World Cup lies with Eckert.

FIFA's Executive Committee meets on Thursday and Friday in Morocco.