Mexico has extradited suspected cartel boss Cesar Gastelum Serrano to the US, where he's accused of trafficking tons of cocaine. The 47-year-old fugitive is allegedly linked to the powerful Sinaloa cartel. 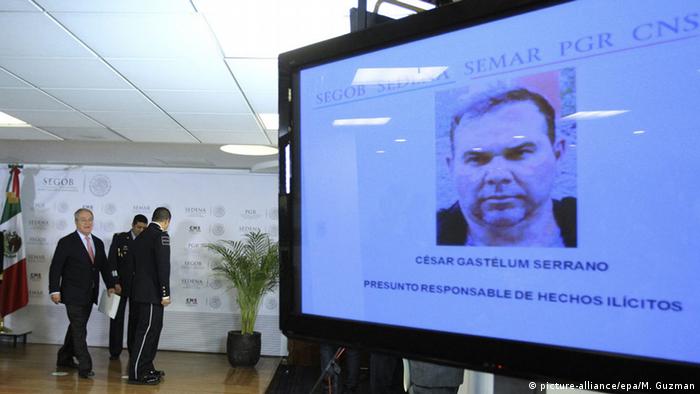 Mexican authorities said Sunday they had handed Gastelum Serrano over to US authorities at an airport outside Mexico City, along with Alejandro Rubio Perez, another man wanted on US federal drug and organized crime charges.

Gastelum Serrano was arrested in April in the resort of Cancun after the US Treasury Department named him a suspected drug kingpin in December. US authorities have called him "one of the most prolific cocaine suppliers for Mexico's Sinaloa Cartel."

The US Treasury Department's Office of Foreign Assets Control said he had headed "a vast criminal network to lead a cocaine trafficking organization capable of moving tons of cocaine per week through Honduras and Guatemala to Mexico."

Mexican President Enrique Pena Nieto's government had resisted extraditing offenders to the United States since 2012. But that changed after Sinaloa cartel kingpin Joaquin "El Chapo" Guzman, the most-wanted drug trafficker in both the US and Mexico, escaped from a Mexico prison in July, a huge embarrassment for Mexican authorities.