Merkel Wants EU Charter to Make Reference to Christianity | Germany| News and in-depth reporting from Berlin and beyond | DW | 21.01.2007

Germany's chancellor and current EU president Angela Merkel has renewed criticism that the bloc's constitution does not explicitly refer to Europe's Christian roots, in an interview to be published Monday. 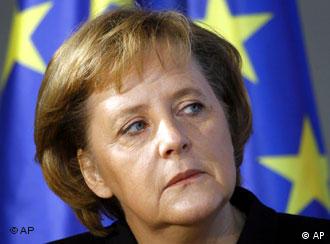 Merkel stressed in the interview that Europe wasn't a "Christian club"

Merkel told German news weekly Focus, in talks with German cardinal Karl Lehmann, that she regretted that the current draft constitution for the 27-member European Union did not include a mention of God or Christianity.

"I would have liked to have seen a clearer declaration on the Christian roots (of Europe)," she said.

"No one doubts that they significantly shape our life, our society," the chancellor said.

"I wonder, can we maintain the formative aspects of Christianity for day-to-day politics if the political sphere does not stand by them?"

The comments come days after Merkel outlined her plans to jumpstart the stalled bid to establish a first-ever constitution for the EU, whose presidency Germany holds through June. 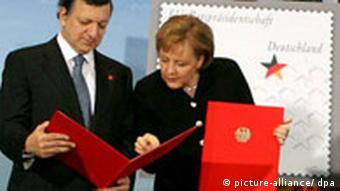 She has said she would like to maintain as much as possible of the current draft treaty, which has been in the deep freeze since voters in France and the Netherlands rejected it in referendums in 2005. Merkel wants the EU to approve a revised version of the constitution draft by early 2009.

"I hope that, in addition to the road map, a clearer
delineation of what the goal is can be achieved. That is, a
clearer definition of what each member state must achieve,"
Barroso said in an interview with German television station n-tv.

The Vatican and other church organizations have expressed regret that the document does not include an explicit reference to Europe's Judeo-Christian origins.

But critics warned that such a reference would exclude European Muslims and potential member state Turkey, which is predominantly Muslim. 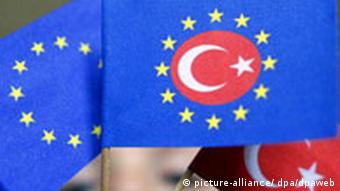 A reference to the EU's Christian roots would sit uneasily with largely Muslim Turkey, an EU aspirant

But it has agreed to support the EU's ongoing accession negotiations with Ankara as part of her government's coalition agreement with the center-left Social Democrats.

Last year Merkel was among the EU politicians campaigning for a more explicit reference to Europe's Christian roots.

Plans to include such a reference were originally blocked by French President Jacques Chirac. Some German officials hope French conservative presidential candidate Nicolas Sarkozy, who has criticized France's official secularism as too rigid, may support their campaign.

Sarkozy has also argued against allowing Turkey, a

Merkel: EU not a "Christian club"

Although Merkel has said it is vital to acknowledge Europe's Christian heritage, she stresses that Europe is a diverse continent.

Merkel said the EU was not a "Christian club" but was a "club of values."

"We will never accept positions that say that the dignity of human beings can be violated or that men and women should have different opportunities to develop. Europe must be ready to stand by these values and fight for them."

Pope Benedict XVI left Turkey on Friday after a momentous visit in which he reached out to Muslims and Orthodox Christians while standing firm on key issues such as papal authority and Europe's Christian roots. (01.12.2006)