In an unusually strong statement Tuesday, German Chancellor Merkel urged Bavarian-born Pope Benedict to clarify he did not tolerate any denial of the Holocaust, drawing a sharp response from the Vatican. 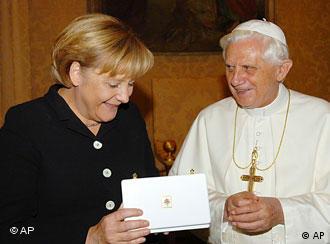 Merkel joined a growing chorus of criticism in Germany calling for Pope Benedict XVI to clarify that the Vatican does not accept denial of the Holocaust after his rehabilitation of a bishop who denies the event.

"If a decision of the Vatican gives rise to the impression that the Holocaust may be denied, this cannot be left to stand," Merkel told reporters. "It's a matter of affirming very clearly on the part of the pope and the Vatican that there must be no denial here."

The chancellor added that while she usually avoids involving herself in religious disputes, she told reporters on Tuesday that she couldn't stand by since the issue at stake involved Holocaust denial.

"This is not just a matter, in my opinion, for the Christian, Catholic and Jewish communities in Germany but the pope and the Vatican should clarify unambiguously that there can be no denial and that there must be positive relations with the Jewish community overall," Merkel said. "These clarifications have, in my opinion, not yet been sufficient." 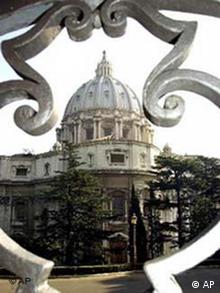 The Vatican would like to end the ongoing dispute

Last week, Benedict ended the 21-year excommunication of Argentina-based Richard Williamson and three other bishops to heal a schism with the 600,000-strong Society of Saint Pius X (SSPX). Williams has questioned whether 6 million Jews were gassed during the Holocaust, saying in an interview that the number murdered was not over 300,000.

"The Fraternity of Saint Pius X has distanced itself from its bishop and apologized to the pope for this embarrassing incident," Cardinal Tarcisio Bertone, the Vatican's secretary of state, told the Catholic daily Avvenire. "The pope spoke clearly on Wednesday. I think the question can be considered closed."

Vatican spokesman Federico Lombardi added Tuesday that the pope's condemnation of the Holocaust "could not have been clearer."

Lombardi said "the pope's thoughts on the subject of the Holocaust were expressed with great clarity in the Cologne synagogue," in August 2005, and "in the Auschwitz-Birkenau concentration camp." Benedict visited Cologne in August 2005 and Auschwitz in May 2006. 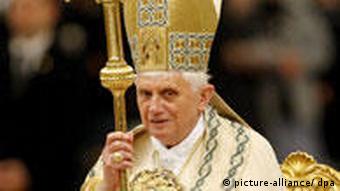 In Germany, however, many remain upset by the pontiff's decision to rehabilitate Williamson.

Cardinal Karl Lehmann, a former chairman of the German bishops' conference, told SWR public television in Germany the pope's decision to re-admit Williamson had been "a disaster for all Holocaust survivors."

Lehmann called for the Vatican officials who managed the re-admission to be disciplined and for the pope to reiterate that Holocaust denial was not a minor sin.

He did not elaborate on whom should issue the "high-level apology," but said in remarks recorded Monday that the church must single-mindedly continue its dialogue with Jews.

No tolerance for Holocaust denier 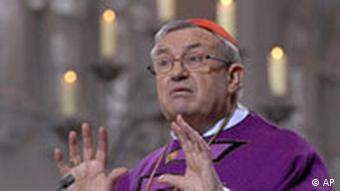 Lehmann called the rehabilitation "a disaster"

Another of Germany's 27 chief bishops, Franz-Josef Bode of Osnabrueck, said the Catholic Church could not tolerate a Holocaust denier in its midst, but he also defended the pope. He said Benedict had sought to make peace, but had been badly advised.

In remarks quoted Monday, the archbishop of Hamburg, Werner Thissen, also accused Cardinal Dario Castrillon Hoyos, the Vatican official who oversaw the return of the SSPX to the church, of "sloppy" work on the case.

Thissen said the coincidence of Williamson's remarks with the end of the rift had been "dreadful."

German Jewish leaders have condemned the pope over the move. President of the Central Council of Jews Charlotte Knobloch said last week she would not accept Benedict's assurance of his solidarity with Jews until Williamson had been disciplined by the Church.

The outrage over the decision by Pope Benedict XVI to readmit to the church a conservative bishop, known for his denial of the Holocaust, is showing no signs of abating in the pontiff's native Germany. (02.02.2009)