Analysis: German Anger at Pope′s Pardon of Bishop Continues | Europe | News and current affairs from around the continent | DW | 02.02.2009

The outrage over the decision by Pope Benedict XVI to readmit to the church a conservative bishop, known for his denial of the Holocaust, is showing no signs of abating in the pontiff's native Germany. 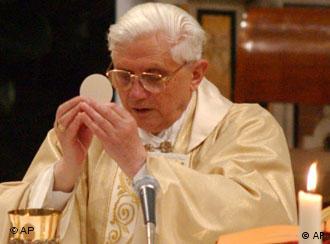 The pope's decision to release from excommunication four ultra-conservative bishops who run the Society of Saint Pius X (SSPX) was intended as an act of reconciliation within the Catholic Church. But the timing could hardly have been worse.

Bishop Williamson, one of the four to be reinstated, said two weeks ago on Swedish television "historical evidence is hugely against six million Jews having been deliberately gassed in gas chambers as a deliberate policy of Adolf Hitler."

That Benedict went ahead and publicized the bishops' pardon, just three days before Holocaust Memorial Day, is seen as an oversight at best, and at worst a lack of concern for the repercussions.

Benedict defused some of the anger when he publicly expressed "solidarity" with Jewish communities during his general audience last Wednesday. He recalled his pilgrimages to Auschwitz and said the former Nazi death camp represented a "warning against oblivion, (Holocaust) denial and reductionism." 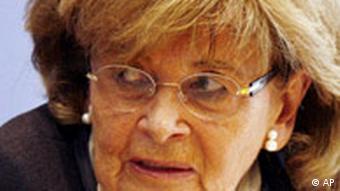 Charlotte Knobloch says the Germany-born pope should have known better

Rome's Chief Rabbi, Riccardo Di Segni, said the pontiff's words were "necessary and welcome and contribute to clear many misunderstandings."

Also apparently satisfied was Israel's ambassador to the Holy See, Mordechai Levy. On Friday Levy attended the presentation at the Vatican of a volume of ancient Hebrew manuscripts.

However, in the pope's native Germany, where sensitivities about the Holocaust are understandably high, the pontiff's overtures were too little, too late.

The president of the Central Council of Jews in Germany, Charlotte Knobloch, said in light of the pope's nationality, she would have "hoped for more sensitivity in dealing with the crimes of the National Socialists."

Theologians are further asking what kind of Catholicism the pope espouses if he is willing to jeopardize relations with liberal church members and other religious faiths in order to court an ultra-traditionalist breakaway group. 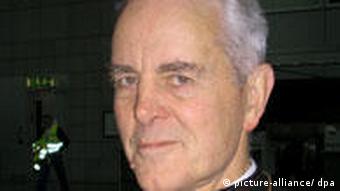 Richard Williamson has drawn anger from bishops over his comments

Hamburg's Archbishop Werner Thissen was reported Monday as saying the fact that the pope's attempt to heal an internal rift within the church coincided with Williamson's unspeakable statements was "dreadful."

German Bishop Gebhard Fuerst of Rottenburg-Stuttgart publicly distanced himself Saturday from the pope's decision. The German headquarters of the SSPX congregation is located in a town in his diocese.

Fuerst said it had caused "alienation from the church on the part of many believers, a loss of trust in the church ... and a considerable breakdown in the Judaeo-Christian dialogue."

The bishop of the pope's native Regensburg has declared Williamson persona non grata, and theologians in the cities of Muenster and Tuebingen have expressed their dismay. Seasoned Vatican watchers have been left wondering over what most agree is a public relations blunder by the Vatican.

Vatican 'out of touch' 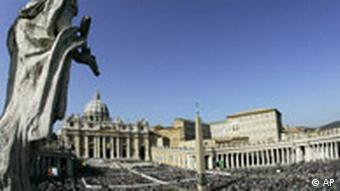 "The benign explanation is that there exists a difficulty in correctly communicating Vatican decisions," said author Massimo Franco who has recently written a book on the history of the Holy See's diplomatic relations.

Alternatively, Franco suggests the Vatican has shown it is "out of touch" with current events, leaving it vulnerable to criticism.

Swiss-born theologian Hans Kueng has called for a change in direction, away from "the constant promotion of the extreme right." He has said the pope "is increasingly aloof from the people. He doesn't hear a thing in his 'kingdom.'"

The pope's decision Saturday to name an ultraconservative Austrian priest as auxiliary bishop seems to confirm this opinion.

The designated bishop, Gerhard Wagner, has previously condemned Harry Potter books for their "Satanist" content, and suggested in 2005 that Hurricane Katrina was a punishment sent by God, as it destroyed five abortion clinics.

Williamson has written a letter apologizing to the pontiff for the "distress and problems" caused by his Holocaust-denying remarks, but he has yet to retract them.

The reinstated SSPX bishops are part of a schism which formed when Archbishop Marcel Lefebvre rejected the process of liberalization put in place during the Vatican Council of 1962-65.

In 1988, Lefebvre, disobeying orders by Pope John Paul II, consecrated the four men as bishops, in a move which led to the excommunication of Lefevbre and the bishops.

The current scandal over Pope Benedict's decision to rehabilitate a Holocaust denier into the Church shows that the price for Catholic unity might be too high to pay, says DW's Clemens Finzer. (30.01.2009)