German Chancellor Angela Merkel is to meet with US President Donald Trump in the next few weeks, the White House says. Relations between the two leaders have been strained over defense spending and trade. 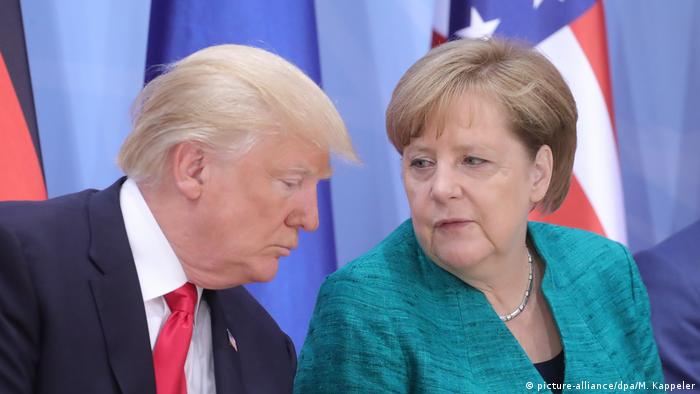 The White House on Thursday announced a visit by German Chancellor Angela Merkel, but said no date had yet been set.

The details for the "upcoming visit" are yet to be worked out, deputy press secretary Hogan Gidley told reporters en route to West Virginia, where Trump was to hold a meeting on tax reform.

The pair have clashed over NATO defense spending, trade and the Iran nuclear deal.

Merkel last visited the White House a year ago, which will be best remembered for the testy news conference she held with the US leader.

The US waited until just before her last meeting to confirm the talks.

The German government has not commented on the latest report.

Amid global tensions over tariffs, Angela Merkel has called for a "dialogue process" between the EU and the US on trade policy. Both leaders supported efforts to expel undeclared Russian intelligence officers. (27.03.2018)