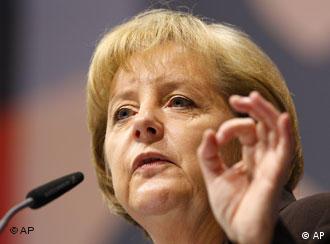 Germany is strong and will cope in this crisis, Merkel said

A new system needed to be developed involving all major players in the sector, she said in an address to parliament on the banking crisis which has engulfed Europe.

Describing the global financial crisis as unprecedented, Merkel said it had confirmed many people's suspicions of greed and irresponsible speculation.

"The situation is serious," the chancellor said. "Confidence, the most important currency of the financial markets, has been lost. ... It is vitally important to restore confidence."

In order to achieve this, stricter international rules were needed for the financial sector, including short-term measures that would help stabilize the situation, she said.

If her government had not acted when it did, she said, the situation could have become far more serious and spread to other financial sectors.

The bank, which mainly lends to commercial projects and builders of public facilities such as airports and roads, is the biggest German casualty of the credit crunch that has spread from New York in the last month.

HRE fell into crisis after its Dublin-based subsidiary Depfa ran out of cash. Its difficulties prompted Merkel to guarantee all savings deposits in Germany, a pledge she repeated to parliament.

Merkel said that the German economy was "strong" and that she was confident it would be able to cope with the consequences of the global financial crisis. 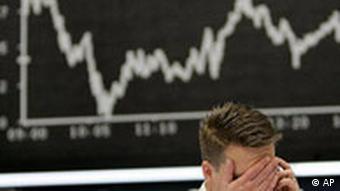 "(The) long term consequences of the financial crisis are today impossible to foresee, as are the effects on our growth and our country," Merkel said. "But I say too, also in this difficult hour, that Germany is strong ... and I am firmly convinced that this will help us to cope with the consequences of the financial crisis, even if it will not be easy."

Merkel welcomed a commitment by European Union governments to rescue failing banks in their countries that could affect other nations. "We must be able to rely on that in Europe," she told parliament. "Of course we need coherent, common action.”

However, she also pointed to European divisions over wider-ranging efforts to stem problems on the continent and reiterated Germany's opposition to the idea of a joint European Union fund to rescue troubled banks. 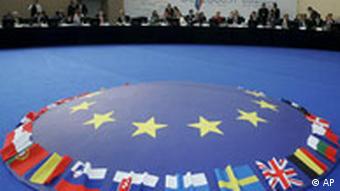 Merkel is against an EU-wide protective umbrella

"Another option that Germany believes to be unacceptable is that 27 EU member countries open up an umbrella and pay into a joint fund," she said.

Merkel also criticized Ireland's unilateral move to protect its banks as "unacceptable", saying Dublin had not gone about the decision in the right way.

"The Irish way is not the right way," Merkel said. "Protecting without coordination one's own banks, without including other international institutions that paid taxes in Ireland for years, and thereby of course hurting competition, is in my opinion unacceptable."

Ireland pledged a blanket guarantee on personal and corporate bank deposits at its six major banks last week despite protests by neighbors that it would distort competition.

The chancellor also called for executives to be called into account for their actions if their banks run into trouble.

In this context, she attacked the payment of large bonuses for short-term gains. Executive remuneration should be based on long-term performance, she said.

Merkel also called for new regulations to deal with rating agencies, whom she said played a major role in falsely estimating the value of bank assets, thus contributing to the current crisis.

Merkel's address came at a time of conflict within the government over Germany’s pledge to guarantee more than 1 trillion euros ($1,359 billion) in private savings as it struggles to tackle the global financial crisis. 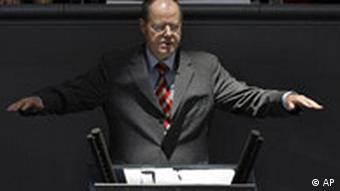 Steinbrueck believes the guarantee plan is above board

A number of opposition lawmakers clashed members of the ruling coalition Tuesday over claims that German law says the government can only make such guarantees with parliamentary approval.

"If the government is serious then it must also give the so-called guarantee a serious framework," Otto Fricke -- a member of the Free Democrats (FDP) and chairman of the lower house budget committee -- said, adding that this could include a supplementary budget.

"The Bundestag (lower house) must really give its support," Christine Scheel, deputy head of the Greens parliamentary group, said of the savings guarantee. If the government ever had to follow through on its pledge, a supplementary budget would be necessary, she said.

The German Finance Ministry initially estimated the guarantee covered around 563 billion euros ($764.8 billion) in private savings accounts, but has since said that additional private money in checking and time deposit accounts would bring the total to over 1 trillion euros.

Figures from the German banks association (BDB) suggest it could be even higher, around 1.6 trillion. 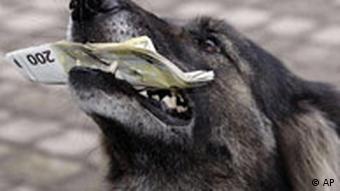 However, Merkel's announcement of guarantee for all savings in Germany, made at a hastily arranged news conference with Finance Minister Peer Steinbrueck on Sunday in Berlin, has achieved its aim of soothing people's worries about their money not being safe, government spokesman Thomas Steg told reporters ahead of the chancellor’s speech.

"We think that with this guarantee ... the objective is being fulfilled, namely a calming of the situation," Steg told a regular news conference.

"Taking into account everything that we have seen before and particularly after the statement, from banking sources as well as from what we are reading ... and what we are hearing in terms of reactions from other countries in Europe and the wider world, we were dead right with this decision," Steg said.

The comments came as European finance ministers agreed in Luxembourg on Tuesday to increase minimum bank deposit guarantees in Europe to 50,000 euros ($67,500) from 20,000 euros currently.

Guaranteeing private deposits is aimed at preventing a rush of people seeking to withdraw all their money from banks because of fears that the bank could fold. Such a run on a bank, as it called, threatens its collapse.

Steg said the guarantee, announced by Merkel on Sunday as the government was struggling to put together a last-ditch rescue package for mortgage lender Hypo Real Estate, was a "political guarantee" and not an intention to change the law.

This raised eyebrows in Europe -- and prompted British Prime Minister Gordon Brown to seek clarification from Merkel -- but Steg said the fact that the guarantee had worked meant that it did not have to hit the statute book.

A spokesman for the German finance ministry added that so far, no large movement of money had been noted since Merkel's announcement, for example from equity funds into savings accounts covered by the new guarantee.

The ministry estimates the value of the guaranteed accounts at well over one trillion euros -- more than half of Germany's annual economic output.

Germany's announcement of a deposit guarantee followed a similar, but more far-reaching move by Ireland last week. Berlin's action prompted other countries to say that they planned to follow suit.

German Government Under Pressure to Deliver on Crisis Promise

The German government is under pressure to deliver as it races to reassure investors and individual savers that it will protect Europe's biggest economy from falling victim to the global financial crisis. (06.10.2008)

In a step away from its long-held policy of aiding failing financial institutions on a case-by-case basis, the German government is reportedly examining ways to offer a safety net to the country's entire banking sector. (06.10.2008)

After Germany’s surprise decision to protect all personal bank deposits, Britain and other European countries could follow suit. Yet investors remained skittish about Europe's financial future. (06.10.2008)

Words Rather Than Deeds at EU Financial Crisis Meeting

Germany Moves to Protect its Own Institutions