Merkel makes history in France on Armistice Day | Europe| News and current affairs from around the continent | DW | 11.11.2009

Two days after French President Nicolas Sarkozy attended Germany's 20th anniversary reunification festivities in Berlin, Chancellor Angela Merkel has been in Paris to mark the 91st anniversary of the end of World War I. 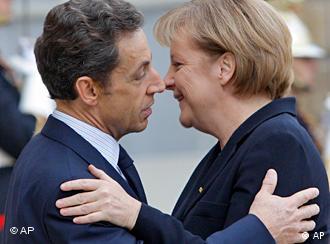 The friendly face of Franco-German relations

Merkel, who is the first German leader to take part in a French Armistice Day ceremony, joined Sarkozy at the foot of the Arc de Triomphe, where they laid a wreath and rekindled the flame at the Tomb of the Unknown Soldier.

Although Merkel is not the first German chancellor to attend Armistice Day events in France, her presence at the annual parade marking Germany's surrender, is unprecedented.

Standing in Paris 91 years after the end of World War I, Angela Merkel described the relationship between France and Germany as "something special, something unique," and urged "even closer" co-operation between the two countries.

An example to the world 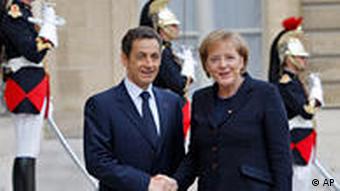 Merkel and Sarkozy in Paris

As their national flags fluttered in the wind, the two leaders vowed that their countries would never again go to war against each other. Merkel said that although the past could not be erased, the power of reconciliation helped to bear the burden of what has gone before.

"We show other countries in the world that it is possible to rise above the pain of the past," Merkel said.

The French president told the crowds that it was not an occasion to celebrate, but to remember.

"We are not commemorating the victory of one people over another but an ordeal that was equally terrible for each side," Sarkozy said.

An official date in the calendar? 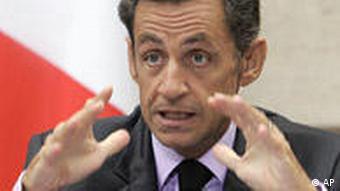 Sarkozy has proposed making November 11 - which is already a national holiday in France - an official day of Franco-German reconciliation.

In a statement, he said he thought the time had come "to join with Angela Merkel in Paris to jointly commemorate the suffering and to honor the momory of the combatants and celebrate the peace of which they dreamed at the bottom of their trenches."

But the idea of a joint day of reconciliation has received a mixed response from politicians in both countries. French Defense Minister Herve Morin told the Canal+ television network that he did not welcome the suggestion. However, Werner Hoyer, minister of state at the German foreign ministry, described it as an exceptional gesture.

Helmut Kohl was invited by former French president Jacques Chirac to attend the 80th anniversary commemoration of the 1918 ceasefire in Paris. Although he accepted, by the time the day came he was no longer in office. His successor Gerhard Schröder declined to attend.

Merkel urges US, Europe to 'tear down today's walls'

Angela Merkel accepted a rare invitation and addressed the US Congress to mark the 20th anniversary of the fall of the Berlin Wall. The German chancellor made it clear that climate change is a top priority. (03.11.2009)

Horst Koehler Tuesday became the first German president to take part in the annual military parade to mark the Bastille Day celebrations in France. A day earlier, more than 300 cars were set on fire in riots in Paris. (14.07.2009)

Military cemetery a symbol of reconciliation

There are countless places in Normandy, France, that remind the visitor of D-Day. Yet the military cemetery at La Cambe has become a special symbol of Franco-German reconciliation. (06.06.2009)