The German chancellor has said the country is to dispose of its nuclear waste within its own borders. The announcement came after her environment minister denied a report that the government planned to export it. 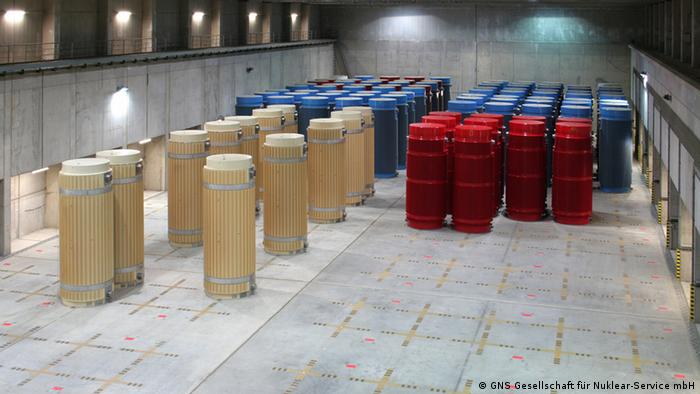 Chancellor Angela Merkel delivered her message on her government's nuclear waste disposal policy on Saturday at her Christian Democrat Party's (CDU) convention in the north western state of Lower Saxony.

It's clear "that we'll dispose our own [radioactive] waste here," she said, adding that this position had been "well-established."

Merkel's confirmation of her party's position served to back her environment minister, Peter Altmaier, who had spoken out on the issue on Friday.

Altmaier had publicly called a report "nonsense" that had been published by the daily Süddeutsche Zeitung. The article had suggested that the government was considering sending radioactive waste abroad for disposal.

A new EU guideline, to be implemented this year, would allow member nations lacking sufficient domestic storage options to ship their depleted uranium abroad. The German parliament is due to debate and ratify the bloc-wide changes.

Lower Saxony's incumbent state Premier, David McAllister (CDU), who faces elections at the end of the month, echoed the party head's message at the convention on Saturday.

"It would be good if we could get cross-party legislation for a nuclear waste policy off the ground," said McAllister.

The state premier accused leaders of the center-left Social Democrat Party (SPD) and the Greens for continually finding reasons not to engage with the CDU in finding a solution for domestic disposal.

For decades, Germany was eyeing the Lower Saxony town of Gorleben - already a temporary storage facility for German and French waste - as a permanent housing site for nuclear waste.

"Gorleben would undergo close inspection, along with other domestic storage sites under consideration," McAllister said at the convention on Saturday.

After years of cross-party debates and public protests targeting trains bringing the uranium to Gorleben, German political parties agreed last year to start fresh talks. These negotiations were billed as a clean slate; they are not due to start before state elections in Lower Saxony.

The current scheduled date for a complete German shutdown is 2022.