Mediterranean Union Chooses Barcelona as Headquarters | Europe | News and current affairs from around the continent | DW | 04.11.2008

The Spanish port city of Barcelona will become the headquarters for the Mediterranean Union, it was announced on Tuesday. 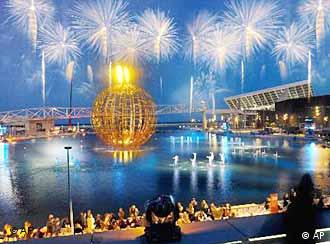 Barcelona has one more thing to celebrate

Agreement on what had been a bone of contention among the 43 members of the union was reached during the two-day meeting of foreign ministers and other representatives from European Union members and Mediterranean states.

The meeting was held in the French city of Marseille because France currently holds the six-month rotating EU presidency. 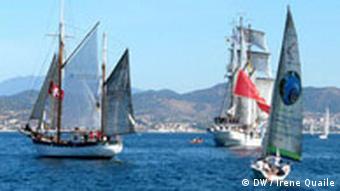 Barcelona definitely has a Mediterranean feel

Malta and the Tunisian capital, Tunis, had also been in the running to host the group's secretariat, which will bring status and jobs to the city. Tunis, the early favorite, might have proved too controversial because of the country's dubious human rights record.

The headquarters will now be housed in the 17th-century Palace of Pedralbes, on the grounds of which stands a fountain created by the legendary Catalan architect Antoni Gaudi.

Arab League won't get a vote

Kouchner said the foreign ministers had also agreed to allow the Arab League to participate at all future meetings of the group, but without any voting rights. 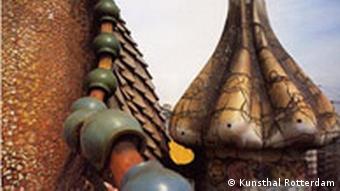 The new headquarters will feature work by Gaudi

"The role of the Arab League was a particularly hard nut to crack," the French foreign minister told journalists.

Egypt's Gheit, however, called the decision to allow the Arab League to sit in on meetings "a historic moment."

Israel had lobbied against a more influential role for the Arab League, and reminded delegates to the meeting that not all of its members were situated on the Mediterranean.

France, Egypt to act as co-presidents

France and Egypt are to hold the union's co-presidency for two years, even though the Czech Republic will assume the EU presidency on Jan. 1.

It was also decided that the Union for the Mediterranean's general secretary is to come from a southern country, and that he or she would have five deputies, including one Palestinian and one Israeli.

The post was not filled, but Kouchner suggested that a Tunisian could be named.

European foreign policy chief Javier Solana conferred with Jordan's King Abdullah II, who underscored the "importance of the European Union's role" in the establishment of peace between Israel and the Palestinians. (15.09.2008)

France holds the current EU presidency, but Sarkozy's visit to Syria to heal a rift between the two countries appears to be bilateral in nature. (03.09.2008)

The European Union established closer ties with the Middle East and with its North African neighbors at a summit in Paris that was described by its European backers as a "historic" success. (13.07.2008)