Mediators say they have made a potential breakthrough in peace negotiations to end South Sudan's civil war. President Salva Kiir and his former deputy Riek Machar will have 15 days to reach a power sharing agreement. 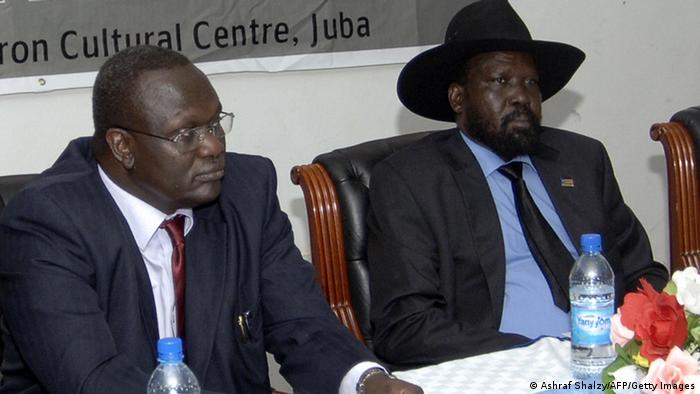 Members of South Sudan's warring parties have reportedly reached an agreement to cease fighting and end the nearly year-long conflict in the country, mediator Seyoum Mesfin of the Intergovernmental Authority on Development (IGAD) announced Saturday.

"The parties commit to an unconditional, complete and immediate end to all hostilities, and to bring the war to an end," Seyoum said.

Fighting broke out last December in South Sudan, beginning as a political struggle between President Salva Kiir and his former Deputy President Riek Machar, and then devolving into an ethnic conflict between the Dinka and Nuer peoples.

An initial ceasefire, negotiated in January and reaffirmed in May, has been repeatedly violated.

Seyoum told reporters that IGAD - the East African regional bloc that has been mediating the peace talks - would freeze assets, impose travel bans and take other measures against parties that violated the new agreement. The bloc will also stop the supply of weapons and ammunition to any side that continues fighting.

"The IGAD region shall without further reference to the warring parties take the necessary measures to directly intervene in South Sudan to protect life and restore peace and stability," Seyoum said. 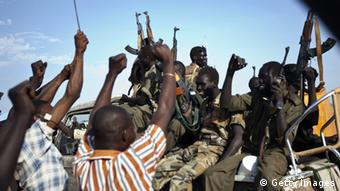 Civil war has raged in South Sudan for nearly a year, killing more than 10,000 and displacing nearly 2 million

The peace talks have been carrying on for the past two days in the Ethiopian capital of Addis Ababa, and the two sides have 15 days to conduct consultations and come to a power sharing agreement, according to Seyoum.

News of the ceasefire comes amid an upsurge in fighting in the country, coinciding with the end of the rainy season.

Machar reportedly welcomed news of the agreement. "We do not want any soldier or any civilian to die again after this progress in Addis Ababa," he said.

"The Secretary-General is encouraged by the parties' intent to cease hostilities immediately and reach agreement on an inclusive power sharing agreement within 15 days," a UN statement read.

"[He] hopes that the parties will live up to their stated commitment to peace and meaningfully engage in dialogue in order to reach a comprehensive peace agreement that addresses the root causes of the conflict in South Sudan."

South Sudan, Africa's newest nation, declared independence from Sudan in 2011. More than 10,000 people have been killed and an estimated 1.8 million have been driven from their homes since the civil war began in late 2013.