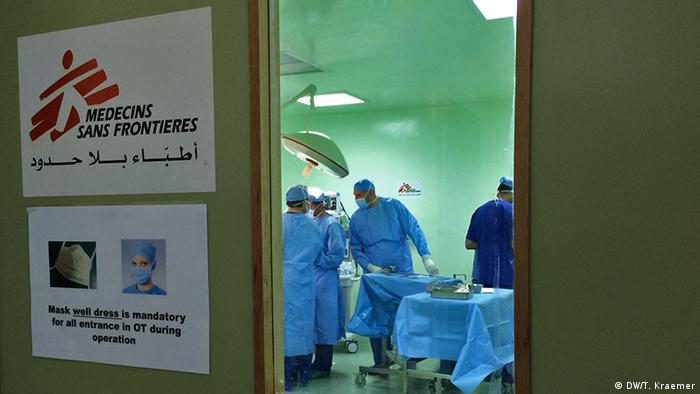 Medical aid group Doctors without Borders, also known as Medecins Sans Frontieres (MSF), reported on Wednesday it had received 146 complaints or alerts in 2017. Of these, 40 concerned harassment or abuse.

As a result, it acted on 24 cases and fired 19 people, MSF said in a statement. "Two of these were situations of sexual abuse or harassment by MSF staff against non-MSF staff (patients or members of the community)."

"Though reports of abuse through our grievance mechanisms are steadily increasing, MSF believes misbehavior remains underreported today," the charity said.

MSF, one of the world's largest charity organizations, has 40,000 staff, mainly offering medical aid in conflict zones around the world. It was founded by a small group of French doctors and journalists in 1971 and has developed into a global operation with centers in Amsterdam, Barcelona, Athens, Brussels, Geneva and Paris. Its International Council meets in Geneva.

The group said it had released the figures in the interests of transparency following revelations at UK charity Oxfam that staff working in Haiti after the 2010 earthquake had paid for sex with prostitutes. 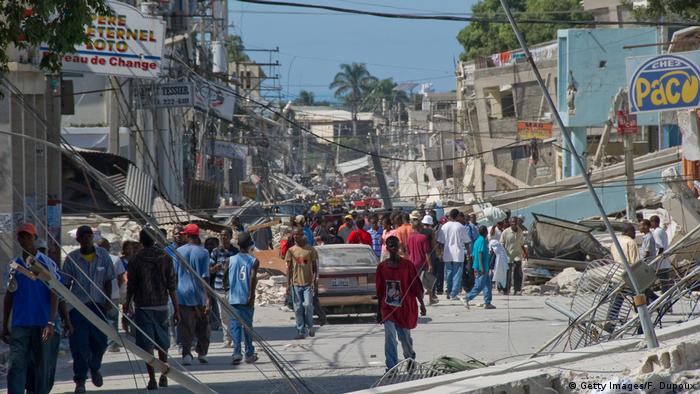 Port au Prince, Haiti after the earthquake in January 2010

Swedish former aid worker Amira Malik Miller said she had made a complaint about van Hauwermeiren in 2004 when she worked with him in Liberia. "He just goes around the system ... from Liberia to Chad, to Haiti, to Bangladesh," Malik Miller was quoted as saying by IRIN humanitarian news agency. "Someone should have checked properly."

After its investigation in Haiti, Oxfam had allowed van Hauwermeiren to resign. "They let perpetrators go. They did not inform donors, their regulator or prosecuting authorities," Britain's international development secretary, Penny Mordaunt, said. "It was not just the processes and procedures of that organization that were lacking but moral leadership."

Speaking on Australian radio on Wednesday, Oxfam Australia director Helen Szoke said the investigation was ongoing: "Every member of the Oxfam family at the moment is carefully looking back through what has happened to ensure that if there were issues, that they are being dealt with appropriately, and if they're not that they now de dealt with."

The fallout has been swift for the Oxford-based charity.

Oxfam in the UK said on Wednesday that 1,279 direct-debit donations had been canceled over the weekend, which compared with an average monthly cancelation rate of 600. A number of commercial organizations said they were reconsidering their association with the charity.

Celebrity ambassador for Oxfam Minnie Driver resigned late Tuesday, saying: "We can carry on supporting the people this particular NGO purported to support through other organizations."

Oxfam has some 2,500 staff and 31,000 volunteers around the world. It receives around 32 million pounds ($44 million) of British government funding per year. The European Union has said it could cut off the €68 million ($84 million) it provides in funding for Oxfam each year.

"Unless you report every serious incident or allegation, no matter how damaging to your reputation, we cannot be partners," Britain's Mordaunt told a conference in Stockholm, according to extracts of her speech released by her ministry. "Sexual abuse and exploitation is an issue the entire development sector needs to confront."