Mohamed Ould Ghazouani has won Mauritania's presidential election with an absolute majority. It was the first time Mauritanians voted to elect a successor to a democratically elected president in the West African state. 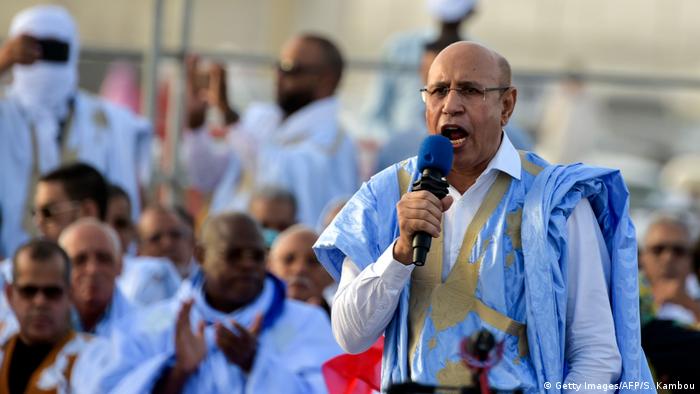 Ghazouani's nearest rival, prominent anti-slavery activist Biram Dah Abeid, came in second with 18.58% of the vote. Sidi Mohamed Ould Boubacar, who is backed by the country's biggest Islamist party, came in third with 17.87%.

As Ghazouani won an absolute majority in the first round of the presidential election, the top two contenders will not face off in a runoff election.

Earlier on Sunday, Ghazouani declared himself the winner of the Saturday polls. Mauritania's government also declared victory for the former general and congratulated him.

Speaking at a news conference with three other candidates, Boubacar said that "multiple irregularities ... eliminated any credibility" of the election in the West African desert nation.

"We reject the results of the election and we consider that they in no way express the will of the Mauritanian people," he said, vowing that the opposition would use "every legal means" to challenge them.

Opposition candidates had earlier said they would contest the results if the ruling party won the first round of the election outright.

"This seems like a coup d'etat," Abeid said at a press conference, representing himself and the other opposition leaders. "We are united and will lead the contestation [of the results]."

Voters in the Islamic Republic of Mauritania went to the polls on Saturday to elect a new president as Mohammed Ould Abdel Aziz prepares to step aside after serving two five-year elected terms.

Some 1.5 million people in the West African state were entitled to vote in the presidential election.

Economic issues dominated the election campaign, with the outgoing president largely credited with stabilizing the country after seizing power in a 2008 coup. Abdel Aziz was later elected as president in 2009 and 2014 in a vote boycotted by the main opposition parties.

Abdel Aziz backed Ghazouani, who was heavily tipped to win the presidential election.

Located on the northwest African coast, Mauritania gained independence from French rule in 1960, but unelected military governments largely ruled the country in the decades to follow. 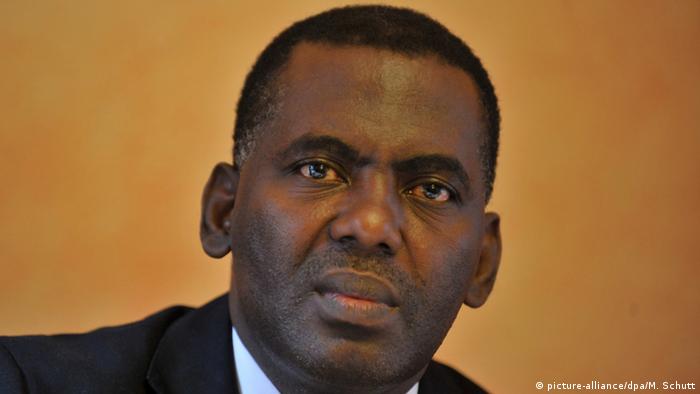 Gilles Yabi, the founder of the West African think tank WATHI, told Reuters that if Ghazouani secured a victory, he would probably carry forward his predecessor's policies, but Yabi added: "Ghazouani is someone who is very discreet. It could well happen that the change is not merely cosmetic."

Ghazouani once headed the country's domestic security service and was chief of staff to Abdel Aziz from 2008 to 2018.

The favored candidate campaigned on themes of continuity, solidarity and security.

"There are only two choices — either going backwards, towards extremism, waste and instability, or your candidate, who will continue what has been achieved to build a stable and developed state," the 62-year-old told his supporters on Thursday.

A Western ally, Mauritania had been in the grip of extremist violence until recently. In the past few years, the government has been able to bring down the levels of conflict.

Al-Qaida documents seized from Osama bin Laden's hideout in the Pakistani city of Abbottabad indicated that the Islamist group had discussed a possible peace deal with Mauritanian authorities in 2010, a year prior to bin Laden's killing by US forces.

Authorities denied that such a deal existed and claimed that intelligence work and the rehabilitation of imprisoned jihadis caused a decline in Islamist attacks.