Citizens in Pakistan are clamoring for justice after a sex abuse scandal involving hundreds of children shocked the nation. Pornographic films allegedly show victims being forced to have sex and abusing each other. 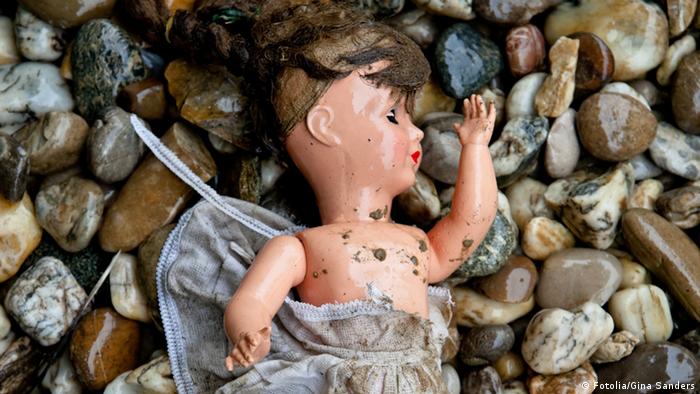 Pakistan is reeling from the aftermath of a huge child pornography scandal, which came to light a few days ago when protesters clashed with police in Kasur, a town close to the country's eastern city of Lahore.

The demonstrators were protesting against the police for allegedly failing to arrest members of a gang suspected of raping hundreds of children, filming them and blackmailing their parents, Pakistani daily "Dawn" reported.

According to local media, most of the 280 children were below 14 years of age and were residents of Husain Khanwala village, near Kasur. A local gang began filming sexual exploits with the children in 2006, which allegedly continued until last year. The victims were forced to have sex, and the videos were then circulated for 50 Rupees (40 US cents, 36 euro cents).

Local media websites also quoted villagers saying some films had been exported to European countries and the US.

Kasur officials have ordered an inquiry, but district police officer Rai Babbar said only seven complaints had been made so far.

More than 10 people have been accused in a police complaint made by the children's parents, but nearly half are out on bail and six have been placed under judicial remand for 14 days. Punjab's chief minister, Shahbaz Sharif, has meanwhile ordered the accused persons to be arrested.

The government's handling of the case also has journalists and rights activists up in arms, especially after Punjab's interior minister, Rana Sanaullah, denied the cases of abuse, saying the reports surfaced because villagers were fighting over land.

Police have also disputed media reports that the number of victims ran into the hundreds.

Speaking to Deutsche Welle, Pakistan's prominent child rights activist and lawyer Rana Asif Habib said the numbers were simply "the tip of the iceberg." The actual number of victims could be much higher, considering that Kasur was very close to Lahore, where slum children attract abusers in large numbers.

"Pakistan is not a signatory to the UN Child Rights Convention," Habib says, adding that children can therefore not complain to any authority in the event that they are sexually exploited. He recalls a 1999 case when child abuser Javed Iqbal surrendered himself to the police, admitting that he had sexually abused over 100 children and drowned them in acid afterwards.

And as far as the Kasur child abuse case is concerned, Habib is cynical. Officials will probably make a show of an investigation as long as the media focuses on them. "After that there is usually no follow-up and then it is brushed under the carpet," Habib says.

The late Sir Edward Heath, who led the United Kingdom between 1970 and 1974, is being investigated for alleged child molestation. A man claims he was raped by the politician at the age of 12. (04.08.2015)

The UN deputy high commissioner for human rights, Flavia Pansieri, said she had been distracted by other issues. The charges of sex abuse against the French soldiers in the CAR only came to light in April. (23.07.2015)