Maori ancestors return to their homeland

The remains of 13 Maori warriors held in overseas museums have been returned to New Zealand. They were greeted by an outpouring of grief, befitting fallen soldiers, at Te Papa Museum in Wellington. 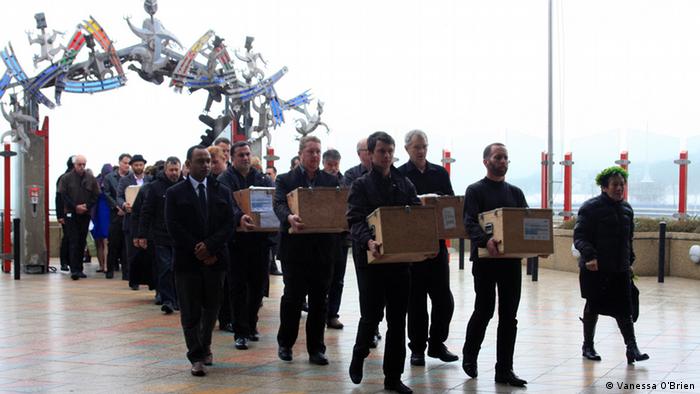 In an emotional traditional Maori ceremony at Te Papa's onsite marae (meeting house), the weeping and wailing of dozens of New Zealand Maori drowned out even the roar of Wellington's gale-force winds as they welcomed home their ancestors, believed to have died at least 150 years ago.

The remains were accompanied on their journey home by a team of five Maori, chosen for their understanding of Maori rituals and incantations and their expertise in dealing with overseas institutions. Yesterday's repatriation cost New Zealand taxpayers around $82,000 (61,000 euros) 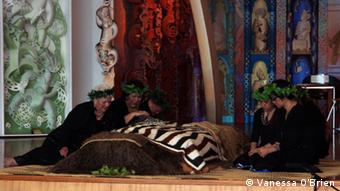 During the ceremony, the remains were laid in boxes at the front of the marae, covered with korowai (Maori cloaks). The chairman of the Karanga Aotearoa Repatriation Advisory Panel, Professor Pou Temara, said that the remains were on "hard beds" overseas, but can "sleep the sweet slumber" now that they are on New Zealand soil.

"That gives us the drive and the belief to repatriate," he said. "The fact that there is this highly emotional state in the powhiri (welcoming) of remains that we know nothing of except that they are Maori gives you an understanding of how we feel about the return of those remains from overseas.”

According to Maori tradition, intricate facial moko (tattoos) used to be inscribed on the faces of chiefs and warriors. After death, the head - considered the most sacred part of the body - was smoked and dried in the sun for preservation.

Trade in Toi moko can be traced back to the 1770s and the voyages of Captain James Cook, the British explorer and cartographer who first put New Zealand on the map. That's when most Toi moko found their way into overseas collections: the late 18th century Europeans started to buy them as curios. 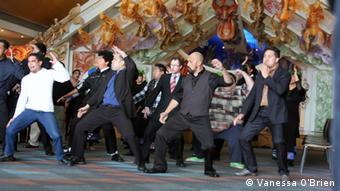 The haka, a traditional Maori war dance, is still performed at important ceremonies

Maori, too, participated in the trade. They would sell the heads of enemy tribesmen, taken as battle trophies, in order to obtain money for guns. The sale of Toi moko was banned by the governor of New Zealand in 1831, but continued illegally for almost a century.

In some cases, as Te Papa Museum of New Zealand Maori co-leader Arapata Hakiwai explained, Toi moko were stolen, and bodies dug up out of the ground. "You just have to look at the history of how our ancestors were traded and exchanged," she said. "It involves a lot of people, a lot of history, a lot of important people at times. So we're very grateful that the government is supporting this program."

The Karanga Aotearoa Repatriation Programme that Te Papa Museum administrates was established and funded in 2003 by the New Zealand government, after it heeded Maori pleas to have their ancestors returned home. Te Papa has since repatriated the ancestral remains of 240 Maori and Moriori (the indigenous people of the Chatham Islands) from overseas institutions.

However, an estimated 600 Toi moko and koiwi tangata are still held in foreign collections. The Karanga Aotearoa Repatriation Programme's 10-year tenure is due to expire this year, but Temara said the New Zealand government had requested that the program continue until "no more repatriations can be made."

Over the years, some institutions have show an increasing desire to cooperate. The French government, for example, created special legislation in 2011 to allow Maori remains held in its institutions to be returned. Others, however, have been reluctant to relinquish their collections. Temara is hesitant to name these institutions for fear of jeopardizing ongoing negotiations.

Dr June Jones, the College Lead on Religious and Cultural Diversity at the University of Birmingham, said when the university discovered Maori remains in a forgotten collection in storage, it offered to repatriate them. It's a gesture she would like other institutions to replicate. 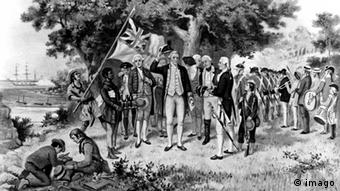 "For me, the importance of these human collections lies in the meaning they have to the people who are descended from them," she said. "We can also play a part in healing wounded history. That's more important to me than having a collection of human remains in storage."

The British High Commissioner to New Zealand, Vicki Treadell, commented that returning the remains was "the right thing to do," a way for New Zealand to reconcile with its colonial history, and "deeply meaningful."

"If you're in any doubt about what it means to the people here," she said, "those doubts soon evaporate, because this is about coming home."

The remains will initially be held at Te Papa Museum, which will conduct tests on them with the aim of repatriating them to their tribes. It will attempt to identify which tribe the remains belong to (there are dozens), with reference to historical records and distinctive facial tattoo patterns.

The museum has ruled out invasive DNA testing, as it is deemed culturally offensive. So is public display of the remains. These, too, are important reasons why New Zealand wants the remains of its Maori ancestors back on its own soil, away from potential violation at the hands of overseas institutions.

A mummified Maori head which was kept in a museum in Normandy has begun the long journey back to New Zealand. A Maori ceremony has been held to welcome the return of the head after 136 years in France. (09.05.2011)