A week after Typhoon Haiyan caused widespread destruction in the Philippines, the country's politicians have been accused of responding too slowly. Experts tell DW how the Philippine government can improve. 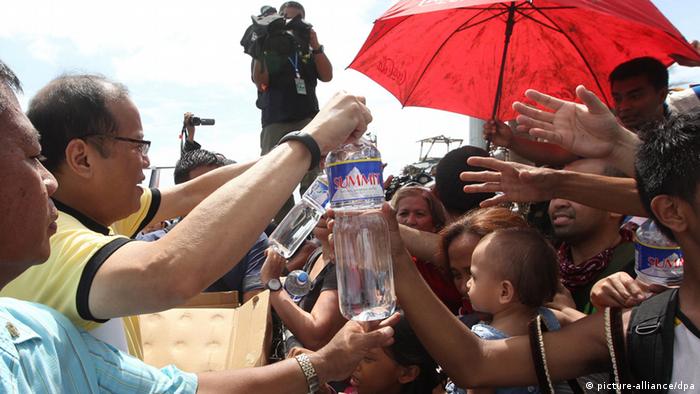 The pressure is on Philippine Interior Secretary Mar Roxas to provide some explanations. During his address in the typhoon-ravaged city of Tacloban exactly one week after Typhoon Haiyan wreaked havoc there, he defended the government's crisis management strategy

That strategy has been heavily criticized by international observers, though, who point out that it has taken far too long for aid to reach people in affected areas. The accusation is further fueled by photos and footage emerging from disaster zones. Images of traumatized survivors wading through debris in search of missing relatives have been seen the world over.

"The need is massive, the need is immediate, and you can't reach everyone," Roxas told the press. "There is nothing fast enough in a situation like this," he added.

That opinion is fully supported by Ed Tayao, the former director of the Philippines' Local Government Development Foundation.

"This is an unprecedented disaster," he told DW. "No preparations would have been enough."

The Philippines' geographic and political structure makes the situation even more complicated, says Anne-Helene Vasudevan at the Friedrich Ebert Foundation in Manila. 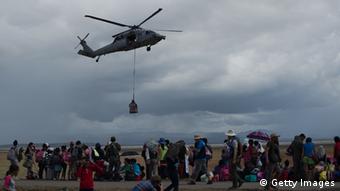 "With more than 7,000 islands, and over 1,200 communities, the effective delivery of basic social services like healthcare, education and disaster protection measures can only happen at the local-government level," said Vasudevan. A 1991 community administration agreement, she added, defines the division between the federal government in Manila and local governments.

Disaster management, for example, falls under the responsibility of local authorities - and not the government in Manila. "This set-up has proven itself to be relatively successful in the past," Vasudevan said. She also added that some of the individual communities are particularly well prepared for dealing with catastrophes due to the high frequency of typhoons in their areas.

Nevertheless, preparing for a disaster of this dimension would have been close to impossible, she said.

Vasudavan does see a flaw in the current arrangement, however. "How can those affected receive help quickly when the people giving aid and members of local government - the firefighters, the police officers and hospital employees - have fallen victim to the disaster themselves? And with local authority structures and infrastructures broken down?" Vasudevan asked. "Only the federal government can help in such a situation."

The government in Manila is now on the defensive, answering to accusations that its crisis management has been inadequate. 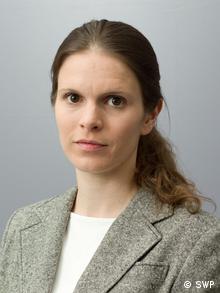 Lorch believes the Philippine government could have done more

"One of the accusations is that the government underestimated the scale of the disaster," said Jasmin Lorch, a Philippines expert at the German Institute for International and Security Affairs. Although residents were advised to retreat to a safe place, people in some regions were not transported far enough away from the coast. And while she acknowledged that the catastrophe was of never-seen-before dimensions, she also pointed out that "the Philippines are regularly hit by similar disasters, and still haven't established enough preventative and reactive measures at the civilian or military level."

Meanwhile, according to Ed Tayao, the Philippine government is placing some blame on local governments, having expected them to deal with the situation independently. But these are currently not functional and at this stage and no one can say when things will return to normal, he added.

Tayao would like the federal government to accept the criticism and draw lessons from the experience of the benefit of the whole country.

"It would be in our best interest to look at how our government institutions could be structured or organized in such a way that all their actions - whether during a disaster or during a normal situation - could be properly, adequately coordinated, so that we don't experience the same difficulties as we did in the wake of Typhoon Haiyan," he said.

This, however, would require some fundamental reforms in the Philippines, according to Lorch.

"One general problem in Philippine politics is that political institutions are not very strong," she said. And although President Benigno Aquino has been praised for his reforms and anti-corruption measures, "There has always been a lot of corruption in the Philippines, and there still is - and leading political bodies mostly consist of the established political elite."

"A handful of wealthy families share political power, which hinders the establishment of stable and functional institutions," she added.

Caught between sorrow and reconstruction

The island of Leyte was hit particularly hard by Typhoon Haiyan. Nearly a week after the storm, there are still thousands of people without electricity and drinking water. But in some places there are signs of hope. (15.11.2013)