Manchester and the world show solidarity with concert attack victims

As the death toll rose early Tuesday following an explosion at an Ariana Grande concert in Manchester, the city pulled together online to help located the missing and offer beds and help to those in need. 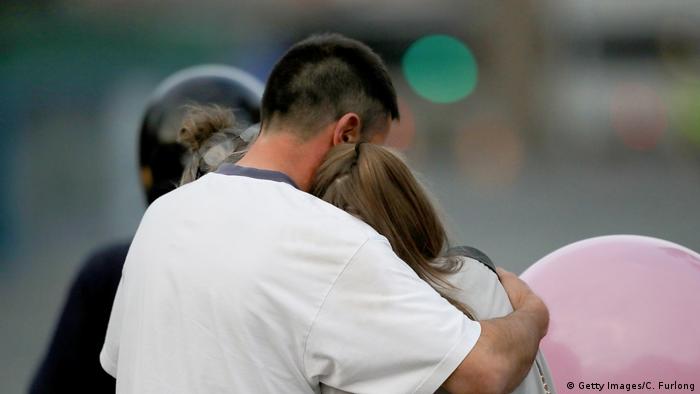 A blast hit the foyer of the Manchester Arena at around 10:30 pm on Monday evening, just after Ariana Grande had left the stage. Early Tuesday, the number of fatalities rose to 22, with another 59 injured.

The hashtags #MissinginManchester and #RoomForManchester began trending during the night, offering a platform for those either searching for unaccounted loved ones or those left without accommodation following the tragedy.

Manchester's mayor lauded the spirit of solidarity in his city.

Many posted photos on Twitter of young people who were still missing and feared among the dead. The images drive home the fact that the concert audience was largely made up of teens and young people.

A number of Manchester locals jumped in with offers of beds - and even basics like the chance to charge a mobile phone or just grab a cup of coffee after the strenuous night in the central English city.

Meanwhile, others on Twitter demonstrated not only solidarity with the victims, but sheer anger at the perpetrators. The Manchester attack follows a slew of recent acts of terror in cities like Paris, Ankara, Brussels, Nice, London, Berlin and others.

Twenty-two people have been killed and dozens injured following an explosion at an Ariana Grande concert in Manchester. Police are treating the explosion as a terrorist incident carried out by one man using an IED. (23.05.2017)

After an explosion at a concert killed 22 people in Manchester, campaigning has been suspended for Britain's upcoming election. Global politicians have joined their British counterparts in condemning the attack. (23.05.2017)

An explosion hit an Ariana Grande concert attended by thousands of young fans in Manchester, killing at least 22 and injuring dozens more. Here's a rundown of what happened. (23.05.2017)