Incumbent President Ibrahim Boubacar Keita and opposition leader Soumaila Cisse are set to face off in Sunday's election. But with allegations of voter fraud disregarded, the opposition alliance has already been beaten. 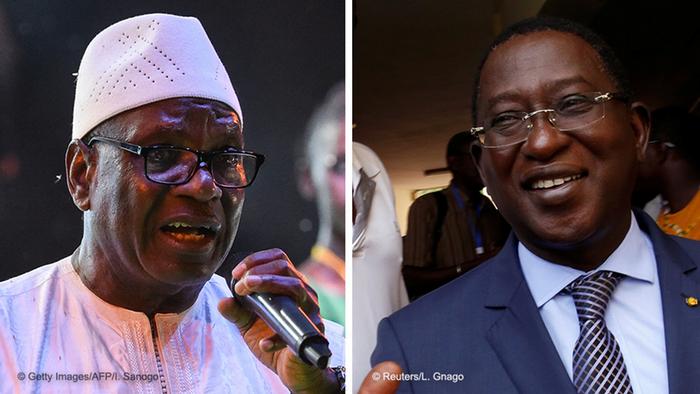 In the lead up to Mali's presidential election on Sunday, opposition candidates have continued to accuse the government of electoral fraud during the first round of voting which took place on July 29 — despite the Constitutional Court rejecting a legal challenge on Wednesday before confirming August 12 as the date of the runoff between President Ibrahim Boubacar Keita and opposition leader Soumaila Cisse.

Cisse, businessman Aliou Diallo, and 18 others out of a total of 24 opposition candidates allege voter cards were deliberately mis-distributed and ballot boxes stuffed. However, the president of the court, Manassa Danioko, decided the runoff vote should still take place as planned.

The court also confirmed the preliminary results, with Keita taking the clear lead with 41.1 percent of the vote, while Cisse picked up 17.78 percent.

Keita, who studied history and international relations in Paris and Dakar, has been a central figure in Malian politics for decades. He was prime minister in the 1990s under then-President Alpha Konare. He was parliamentary president for many years afterwards. In 2013 he was finally elected president.

"In Mali, even the little children know IBK," says Moussa Timbine, the general assembly's vice president and an IBK supporter. He describes the president as a tough boss: "If you work with him, you have to be very correct. He doesn't like people who lie or steal, or the whole corruption thing," Timbine told DW. 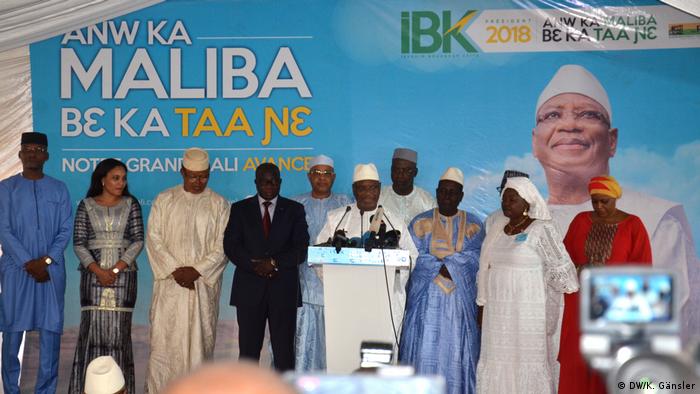 The atmosphere at Cisse's campaign headquarters — not far from the president's — is sober. "We know that the government did everything in their power to keep the voters from expressing their free will in the first round," says the 68-year-old opposition leader. "The results are not credible. They are a fraud," he adds.

Along with 17 other candidates, Cisse is calling for the dismissal of the minister for territorial administration, decentralization and regional planning, Soumeylou Boubeye Maiga. This is the ministry responsible for organizing elections and announcing results. The opposition also called on the constitutional court to investigate claims of vote rigging. The judges had until August 8 to rule on the matter. 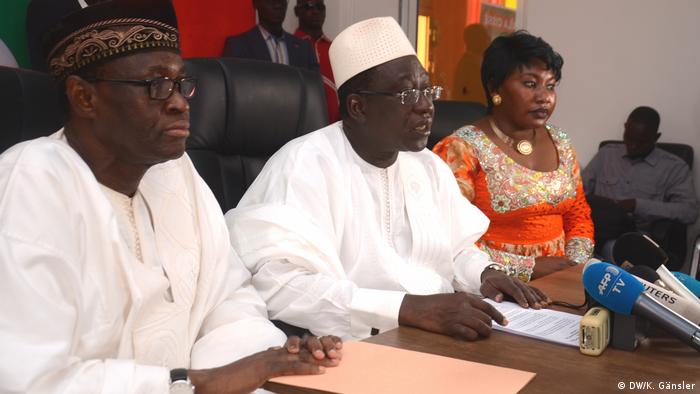 The second round feels like a repeat of the face off between Cisse and IBK in 2013. Then, IBK won more than 77 percent of the votes. Cisse congratulated his rival 24 hours after the polls closed, thereby admitting defeat. "He is really a very nice person," says his public relations advisor Nouhoum Togo. "But he is also very straightforward. If something is not working, he will tell you."

Wherever he is, at his campaign headquarters, at conferences or out campaigning, Cisse looks calm and collected. He is approachable, although he doesn't project the same statesman-like aura as the president. But then that is not his strategy this time.

The software engineer, who studied in Dakar and Montpellier, doesn't want to come across as a statesmen but rather as an advocate of change.

Cisse has also belonged to the old political class since democratization in the 1990s. He was President Konare's Minister of Economics and Finances, and later headed the Ministry of Environment and Urbanization. At the time he worked closely with his present rival Keita, who was then prime minister. Both ran for president for the first time in 2002. It was the only time Cisse beat IBK, even if by a very slight margin of 4,000 votes. But Cisse was then defeated in the second round by Amadou Toumani Toure.

A businessman as kingmaker? 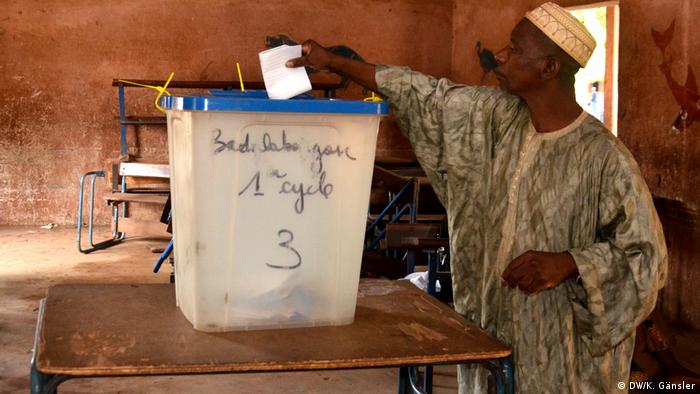 Public relations advisor Nouhoum Togo raises his voice when asked whether Cisse doesn't represent the old political class, just as Keita does: "Could a young person who has never done anything become president in Germany, just like that? What kind of country would that be?" Togo goes on to explain that change has to be logical and come in stages. Having served in several offices means Cisse has a lot of experience. And anyway, Togo concludes, Cisse's entourage is young and modern

Sekou Diabate has a different view of change. He leads the Democratic Alliance for Peace (ADP-Maliba) and is spokesman for the third-placed candidate, Aliou Diallo, who won 7.95 percent of votes. "We think that change has a better chance with Aliou Diallo. He entered politics only in 2013 and was not involved in the machinations of the past," Diabate says, when describing the man who is executive director of the mining company Wassoul'or, which operates a goldmine in Mali's south.

Diallo, who in 2013 supported IBK's candidacy, could become kingmaker. He is part of the opposition alliance that now wants to unite behind Cisse but his spokesman Sekou Diabate doesn't want to make any promises: "It is the duty of our candidate to make a decision which benefits our party, the ADP-Maliba, and his own candidacy,” he says when asked about Diallo's plans.

Incumbent President Ibrahim Boubacar Keita failed to reach the 50 percent threshold in the first round vote in the West African state. Eighteen candidates have said they will not accept results marred by irregularities. (03.08.2018)

For the second time in two days, Tuareg groups have reported an attack near the Niger border. Large tracts of the country remain lawless despite a peace accord signed with ethnic Tuareg leaders. (28.04.2018)

The count has begun in Mali after an election marred by violence. President Ibrahim Boubacar Keita's first term was marked by growing insecurity and he faced 23 opponents in the first round. (30.07.2018)

Former Malian President Ibrahim Boubacar Keita, who led the country until he was ousted in a 2020 coup, has died at the age of 76.