An estimated 150 million men worldwide suffer from erectile dysfunction. What causes it? We spoke with andrologist Dr. Wolfgang Harth about the disorder. 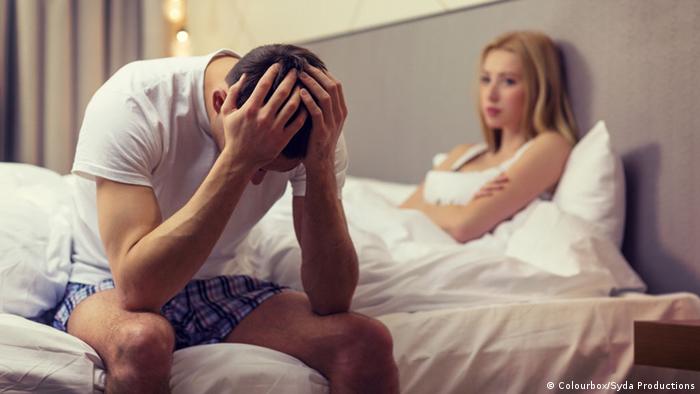 Can hormone deficiency be an underlying cause?
It can be the case that a good vascular system lacks the initial spark, because the man is suffering from the male menopause due to his age and feels less desire. But the first thing a urologist will measure is the flow of blood through the arteries, before measuring hormone levels. Studies don't show clearly whether low testosterone levels are associated with erectile dysfunction, but they can contribute to it.

What about psychological causes?
The predominant one is fear of failure, especially when under stress - for example, if a man puts himself under psychological stress with thoughts such as "I hope I get a decent erection." If you don't go with the flow, but instead put yourself under pressure, the erection collapses. Whether you are contented with your masculine self-image, with your body measurements, or suffer from feelings of inferiority also plays a role. So does fear of causing an unwanted pregnancy.

How is erectile dysfunction treated?
In the first place, a change in lifestyle is recommended. If you're overweight and get no exercise, you will improve your blood circulation with a healthy diet, working out and giving up smoking. Parallel to that, relaxation measures are on offer. Then there are oral medications - erectile dysfunction drugs: Viagra (with the active ingredient sildenafil), Cialis (tadalafil) and Levitra (vardenafil). The active ingredients cause a widening of the arteries in the penis, so that more blood can flow into the erectile tissue. In addition, there are injections into the male member, vacuum pumps and rings available as mechanical aids. Or, if nothing else helps, surgical penile implants exist. The psychological component is also important: if there are partnership problems, conversation with the partner can help restore emotional, sensual sexuality.

What issues are there with erectile dysfunction medications such as Viagra?
They can have side effects, especially headaches and facial flushing. Always consult a doctor and never buy the drugs via the internet, because you never know what they may contain. In addition, use the doctor's visit for a general health check-up to find out whether there are organic causes behind the dysfunction. 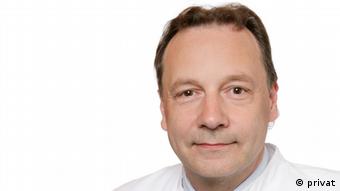 Professor Wolfgang Harth is senior consultant in the clinic of dermatology and allergology at Vivantes Klinikum Spandau in Berlin. He specializes in andrology.