Malaysia's top court has upheld sodomy charges against Anwar Ibrahim, upholding a five-year prison term against the opposition leader. Anwar's supporters claim that the charges against him are politically motivated. 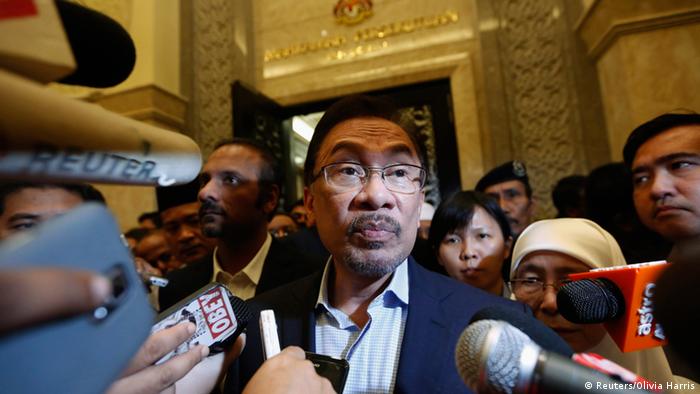 Federal Court Judge Arifin Zakat read out Tuesday's verdict on behalf of a five-judge panel, saying that there was "overwhelming evidence" that Anwar had sodomized an aide.

The appeal was the opposition leader's last legal avenue available under Malaysian law. Sodomy, consensual or otherwise, is illegal in Muslim majority Malaysia, punishable by up to 20 years in prison.

Anwar's supporters have decried the trial as politically motivated, with his defense team arguing that semen samples taken from his aide had been tampered with by police.

Judge Arifin on Tuesday said that the defense allegations of a political conspiracy "remains an allegation, unsubstantiated by any facts whatsoever."

Anwar was accused of sodomizing Saiful Azlan Bukhari in 2008 when working in the opposition election campaign office. He was acquitted at one trial in 2012, but an appeals court overturned this last March and sentenced him to five years in jail. Anwar appealed this verdict at Malaysia's Federal Court, the highest in the country.

The 67-year-old was seen as the most serious threat to Prime Minister Najib Razak's ruling party. Tuesday's conviction disqualifies Anwar from political office, and from contesting the next national elections, which must be held by 2018.