Malaysian police have searched the home of ex-premier Najib Razak, one week after he lost a historic election. The new prime minister, Mahathir Mohamad, has vowed to probe alleged corruption in a state investment fund. 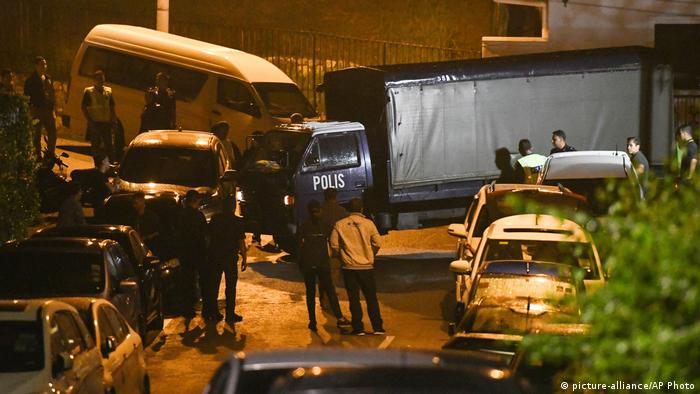 More than a dozen police vehicles arrived at former Prime Minister Najib Razak's home in the capital Kuala Lumpur late on Wednesday, as part of apparent investigation into corruption and money laundering.

Over the weekend the 92-year-old prime minister barred Najib, his wife and others linked to 1MDB from leaving the country.

Najib's lawyer said police had been searching the former leader's home as part of a money laundering investigation for more than 18 hours.

"This harassment has now continued for almost 18 hours and nothing meaningful has come from the search and seizure of what would appear to be insignificant personal items," Harpal Singh Grewal said.

He added that no arrests were made. Najib's wife, Rosmah Mansor, is known for expensive shopping trips abroad.

The raids raised speculation that Najib could be arrested after Mahathir suggested his former ally could be charged soon over the 1MDB scandal. 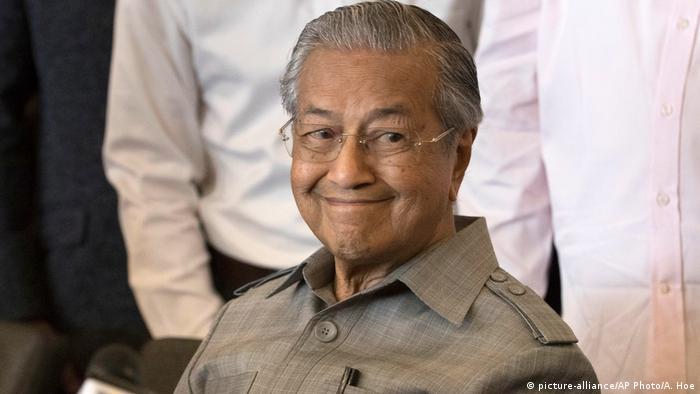 PM Mahathir Mohamad has reopend the probe into the 1MDM scandal

Najib has been accused of corruption and mismanagement of 1MDB, which he established in 2009. He denies any wrongdoing.

Six foreign countries are also investigating the former prime minister and his associates at 1MDB.  US investigators say at least at least $4.5 billion (€3.8 billion) of the fund's assets were stolen and laundered.

Nearly $700 million had appeared in Najib's bank account. A Malaysia investigation into Najib was ultimately dropped in 2016.

Meanwhile, Mahatir has sacked the attorney general that cleared Najib of wrongdoing and relieved the country's treasury head, who was also the 1MDB chairman.

Mahathir, who ruled from 1981 to 2003, came out of retirement to spearhead a four-party alliance that won a surprise victory in the May 9 elections, ending nearly 60 years of rule by the Basiran National coalition.

Popular frustration over the 1MDB affair is widely believed to have led to Najib's loss.

The police raids on Thursday came hours after politician Anwar Ibrahim was freed from jail after the king pardoned him of a five-year sentence for sodomy.

Anwar's supporters considered the jailing in 2015 as an attempt by Najib to end his political career. 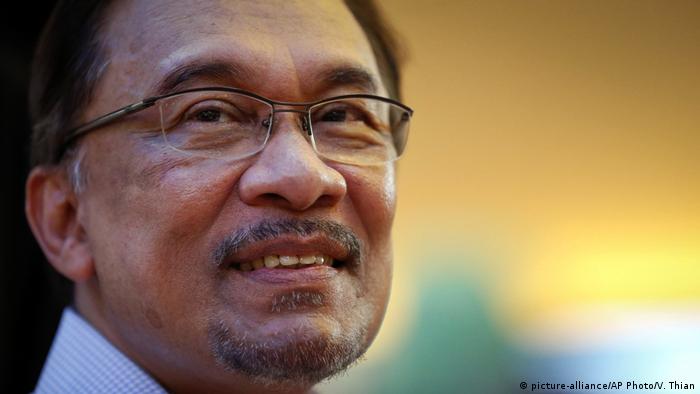 Despite being in prison, Anwar joined forces with his ally-turned-foe, Mahathir, against Najib. According to an agreement between the two, Anwar is slated to become prime minister in one or two years.

Anwar was once a protege of Mahathir. The two had a falling out over the handling of the 1997 Asian financial crisis, resulting in Anwar being sacked as deputy prime minister.

The US Justice Department has filed lawsuits against a state fund in Malaysia over alleged money laundering. The scandal has embroiled a number of high-profile government officials both inside and outside Malaysia. (20.07.2016)