Majority of household aid in Germany is off the books | Germany | News and in-depth reporting from Berlin and beyond | DW | 30.03.2017

Majority of household aid in Germany is off the books

Although Germans often complain about black market labor, they are often guilty of perpetuating it in their own homes. A study found the shadow household economy cost the government billions of euros a year. 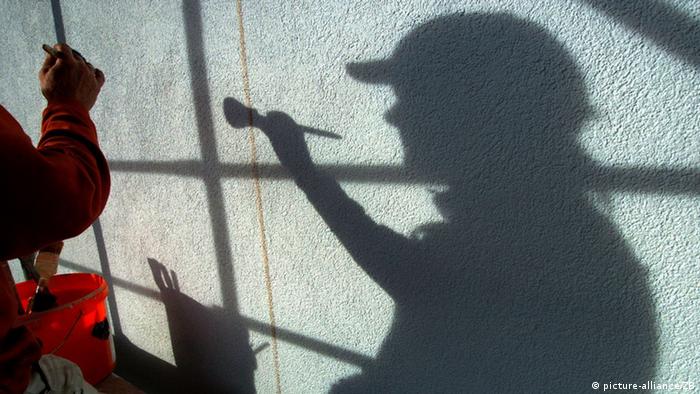 For refugees new to the country, a single factor is crucial in determining whether or not they are likely to look for work outside the regular job market.

Should paper money be abolished?

German economists have breathed new life into a years-old debate of whether or not it would make sense to do away with paper money. While some claim it's the only way forward, others warn of a loss of freedom. (18.05.2015)

Black market employers in Germany are facing hard times, a new study has found, because better-paid legal work has been shrinking the ranks of those forced into untaxed, cash-in-hand jobs. (02.02.2016)

A vast majority of household workers in Germany work in the black, according to a study published on Thursday.

Fewer than 350,000 of the estimated 2.7 to 3 million cleaners, babysitters and garden assistants in Germany were legitimately employed, the Cologne Institute for Economic Research (IW) found.

That amounts to somewhere between 75 percent and 83 percent of household workers employed under the table.

"The public criticizes politicians for doing too little or companies for creating precarious employment, but they find it quite self-evident to not grant their household aids paid holidays or paid sick leave."

The group found that about 10 percent of German households employed some form of aids.

It found retirees and young people who were studying often worked clandestine jobs, drawn by the lack of regulation and taxes.

A separate study released by Germany's Institute for Applied Economic Research in February found the number of people working illicitly was decreasing due to higher job creation in Germany in a favorable economic climate as well as tax relief.

The institute found refugees were drawn to the shadow economy due to restrictions in work permits.

An introduction of a minimum wage in 2015 did not have a great effect on the number of people working in so-called "Schwarzarbeit."