Should paper money be abolished? | Business | Economy and finance news from a German perspective | DW | 18.05.2015

Should paper money be abolished?

German economists have breathed new life into a years-old debate of whether or not it would make sense to do away with paper money. While some claim it's the only way forward, others warn of a loss of freedom. 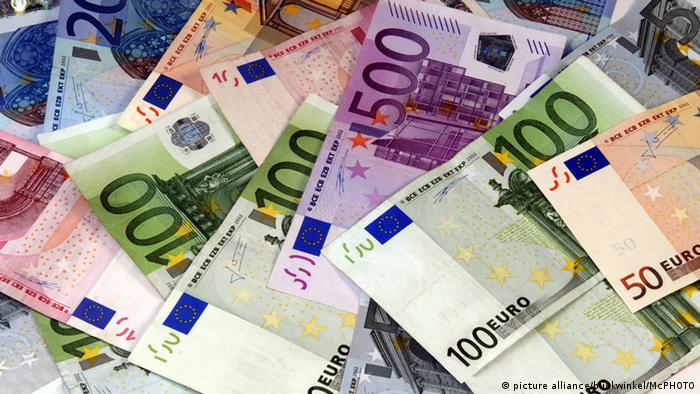 Few would doubt that money makes the modern world go round. But does money have to be physical banknotes and coins? After all, money is ultimately nothing more than points in a score-keeping system for credits and debts maintained by the banking system - and cash is part of that score-keeping system: When banks hand out a hundred euros in cash, they debit the deposit account of the person withdrawing the cash by a hundred euros.

So why bother with cash, now that virtually everyone has mobile phones and debit cards? Would it not be far more efficient to scrap all that paper money and have a fully electronic payment system instead?

A debate about this issue has been raging for many years now, especially in the Anglo-Saxon world. Now German economists have joined it with a vengeance, as if something had to happen immediately.

Rolf Bofinger, one of the German government's top economic advisers, told the "Spiegel" news weekly that banknotes and coins were "an anachronism," which had to overcome – the sooner, the better. 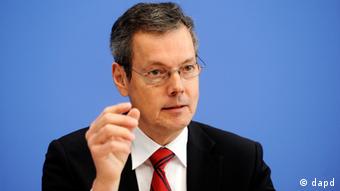 Bofinger's argument was that printing money and circulating it caused massive costs, and that the use of paper money led to long lines at the tills in supermarkets, with a lot of time wasted in the process. He also argued that by scrapping banknotes and coins, a severe blow could be dealt to black-market transactions and the shadow economy as a whole. Recent reports confirmed that the amount of paper money in circulation in the OECD countries by far exceeds anything that can be traced to legal use in the domestic economy.

Bofinger suggested that the upcoming G7 summit in Bavaria should give the issue some careful thought.

The underlying idea is that paper currency goes a long way towards making transactions anonymous, as former IMF Chief Economist Kenneth Rogoff has pointed out repeatedly. He says an essential property of money is "that neither buyer nor seller requires knowledge of its history, giving it a certain form of anonymity."

By contrast, governments and law-enforcing agencies have much better control over electronic money, which is incomparably easier to trace.

But German economist Bofinger's hope that paper money will soon be a thing of the past was immediately contested by Freiburg-based economist Lars Feld, who said that banknotes are pieces of "printed freedom" that citizens were entitled to - because they should be entitled to an escape from all-out state control.

And the chances of paper money disappearing in Germany anytime soon don't seem particularly high, as popular support for such a measure looks negligible. According to a recent study by the country's central bank, German consumers still prefer paying in cash despite all the technical advances available on the market.

The Bundesbank reported that 79 percent of all transactions made by Germans in 2014 were handled with real banknotes and coins involved (this doesn't refer to the total value of transactions in euros, just the number of individual transactions). Bundesbank board member Carl-Ludwig Thiele told a German newspaper no restrictions in the use of paper money were being considered in the country.

The picture in Scandinavia is completely different, though, as Germany's "Frankfurter Allgemeine Zeitung" newspaper has pointed out, with many people there unlikely to shed any tears over losing their paper currency. It says that arguments voiced during a campaign by politicians and bankers for the abolition of paper money in the Scandinavian nations have not fallen on deaf ears. Scandinavians already now hardly use banknotes and coins while shopping.

A couple of days ago, the Danish government compiled a draft law that would allow restaurants, fuel stations and smaller shops to refuse paper money. It's expected that getting parliamentary approval will be a mere formality. 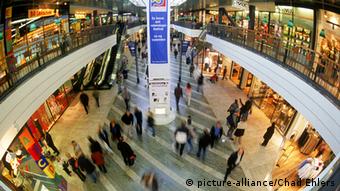 Danes, Swedes and Finns use paper money to a far lesser extent than Germans

But how consumers would feel about the loss of paper money is probably not what economists and bankers are most worried about anyway. They realize that the very existence of paper banknotes has made it impossible for central banks, the ECB included, to push their policy interest rates to levels well below zero in a bid to respond to deflationary shocks.

While hoarding cash may normally be quite inconvenient, doing just that would become worthwhile if interest rates paid on bank account deposits became significantly negative.

Introducing an electronic-only payment system would do away with that particular problem, but it would require a huge effort by many players. Unilaterally starting such a system would no doubt be risky, as another nation's paper currency might gain popularity within countries that abolish their own paper currency, says Kenneth Rogoff. Hence, he concludes, "any attempt to eliminate large-denomination currency would ideally be taken up in a treaty to include, at the vey least, the major global currencies."

Economic limitarianism: When a billion dollars is way too much 07.10.2022

When someone can offer over $40 billion for Twitter, bridges are nearly dismantled to move megayachts and the rich keep getting richer, a group of philosophers says something is wrong. A look at economic limitarianism.