"We are Ivan Golunov," declared a number of publications, after reports began to surface that Golunov was beaten in prison. The reporter remains under house arrest. 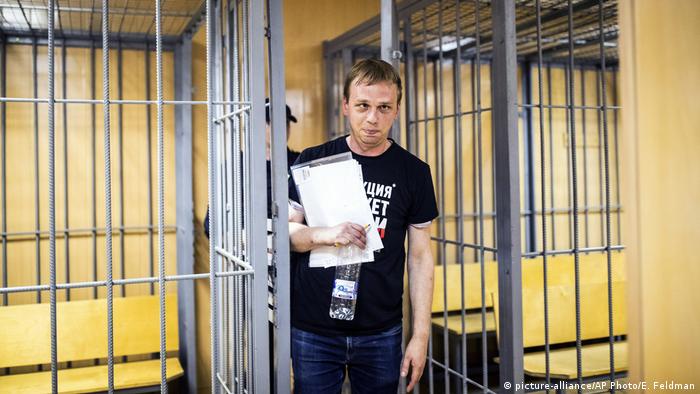 On Monday, a group of major Russian newspapers and media groups launched a campaign in support of journalist Ivan Golunov, who was arrested last week in what he says are trumped-up drug charges.

The RBK media group, as well as dailies Kommersant and Vedomosti, ran joint editorials with the headline "We Are Ivan Golunov," calling for inquiries into what happened to the investigative reporter, including claims he was beaten while in custody.

"Golunov was examined by an ambulance team that determined he had a concussion, a hematoma and potentially broken ribs," the editorial said.

Kremlin spokesman Dmitry Peskov said that the case had raised "many questions" and that the government monitoring the developments.

Golunov, 36, was arrested after police claimed to have evidence that the journalist was in possession of the synthetic stimulant mephedrone, with the street nickname "bath salts."

Authorities initially provided eight photos they said were taken in Golunov's apartment of an alleged drug lab. However, after an outcry about their authenticity, they were forced to admit that an "error" had occurred and only one of the photos was taken inside the apartment. 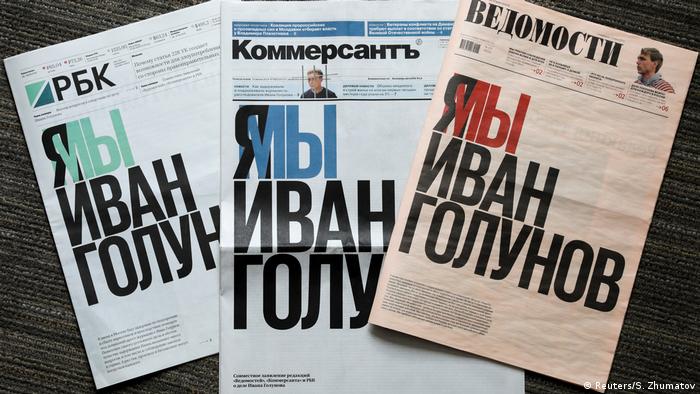 On Monday, leading Russian newspapers RBK, Kommersant and Vedomosti all ran the headline: 'We are Ivan Golunov'

Following questions about the legitimacy of his detention, Golunov was suddenly released from prison into house arrest. He still faces the drug dealing charges, which can carry a prison sentence of up to 20 years.

Golunov is known for his anti-corruptions into the rich and powerful in Russia. He has written for the RBK and Vedomosti in the past, and is now a special correspondent for the Latvia-based Russian-language news portal Meduza.

Meduza was founded by about 20 journalists who were fired from their posts at the online newspaper Lenta.ru by its own Alexander Mamut, an oligarch who is close with President Vladimir Putin.

Golunov's most recent investigation was about Moscow's loan shark industry that was forcing hundreds of people from their homes. He has also taken on Moscow's deputy mayor, and the way Russia's funeral industry has become increasingly tied to neo-Nazis, organized crime, and corrupt officials.