More than four million Germans with a migrant background are eligible to vote in the country's Sept. 27 elections. The majority will presumably back the Social Democrats. But the conservatives also want their vote. 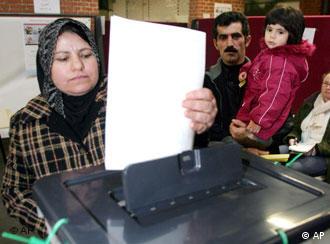 Germans of Turkish heritage make up the country's largest migrant community. In the coming elections, this group represents some 700,000 votes. The majority are expected to cast their ballot for the Social Democratic Party (SPD).

This mainly has historical reasons, said Andreas Wuest, project director at the Mannheim Center for European Social Research and a specialist on migrants as political actors. Many Turkish immigrants came to Germany as guest workers and became involved in labor unions.

"Unions, of course, belong to the party's forefront organization," Wuest said. "A long-term bond and proximity evolved to the Social Democrats."

Since the 1960s, unions - which have always maintained close ties to the SPD - were very successful in integrating foreign workers, said Dirk Halm from the Foundation Center for Studies on Turkey in Essen.

"The political socialization of Turks here widely occurred through labor unions," Halm said. "Nowhere has integration been as successful as in labor unions."

One main reason for this was that historically, companies wanted to avoid a conflict of interest between native German and immigrant workers, he said. Therefore, great emphasis was placed on integrating the foreign staff into the unions.

A study by the Berlin-based market research company Data 4U earlier this year showed that 55.5 percent of Germans of Turkish heritage would vote for the SPD. The Green party could expect 23.3 percent, said the company, which is specialized in research among Germany's immigrant population. The conservative Christian Democratic Union (CDU) and its Bavarian sister party the Christian Social Union (CSU) would only win 10.1 percent of the votes. 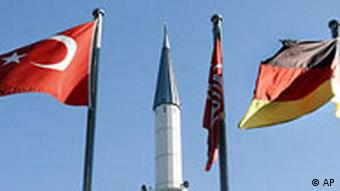 "They are concerned with integration policies and the debate surrounding Turkey's European Union membership, as well as the issue of citizenship," Karakas said. "These are topics where the SPD and Greens are ahead; integration was already a topic at an early stage."

Halm agreed that certain issues only applied to migrant communities.

"In addition to these bicultural issues, this group also structurally deals with other social issues which don't affect the average German," Halm said. "Surveys have shown that integration in the workplace and unemployment are by far the top issues here simply because migrants are more likely affected by these matters."

According to figures by the Federal Statistics Office, over 15 million Germans have a migratory background - some 18 percent of the population. Of this figure, over 14 percent have a Turkish heritage.

A new strategy for the CDU

The statistics show that the CDU has some catching up to do if it wants to win these voters into their camp - a fact the party's general secretary Ronald Pofalla has admitted. 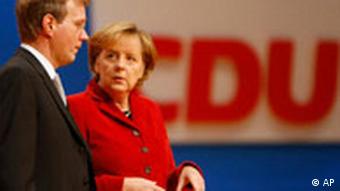 "The goal is for migrants in the CDU to someday become a matter of course that no longer needs to be talked about," Pofalla said at a meeting of CDU parliament members with foreign heritage last month.

To reach this goal, though, the CDU needed to rethink its communication strategies, said Bulent Arslan, head of the CDU's German-Turkish Forum in North Rhine-Westphalia.

"The key is the impression we make," Arslan said. "And our communication policies in the last 10 to 20 years have been way too focused on the problems which surface in integration and that is not necessarily attractive for a new voter group. They want to know what we have to offer."

Arslan said a feeling of "team spirit" was missing, both among native Germans, as well as immigrants.

"As long as there's no feeling that we belong together, the whole thing won't work," he said. Political parties could contribute to ending this feeling of "us and them."

But Wuest said the Christian Democrats tended to scare off foreign voters because of their tougher immigration policies in the past. 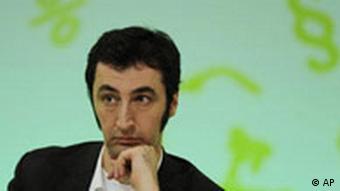 Cem Oezdemir would be the chancellor of choice for German-Turks

"Also, of course, the fact that the 'C' in the name stands for 'Christian' can be a turn-off," Wuest said. "Other countries have a conservative party that is simply right-leaning, but here in Germany that group calls itself the Christian Democrats, making it especially difficult for Muslim voters to choose them."

"Religious migrants in particular, for example religious Muslims, see the C as an additional attraction in the party's name because they say this is a party based on religious values and they prefer this to a party that is more atheistically organized," Arslan said.

Most observers forecast the next German government to be a CDU-FDP coalition government, with Angela Merkel remaining chancellor. But if Germans of Turkish background could vote the chancellor directly, Data 4U's Karakas said over 25 percent would choose Green party leader Cem Oezdemir. This was based on his heritage as a German-Turk.

"He, as a child of migrants, has achieved something politically, knows the problems and living conditions of German-Turks and serves as a role model," Karakas said.

Though Germany has made large strides in fighting racial discrimination, a UN representative said ethnic minorities are still underrepresented in the German public sector. (01.07.2009)

A survey of ethnic minorities in Europe says 31 percent of Muslims across the EU feel they were discriminated against in 2008 and many fail to report racist incidents because of a lack of trust in the authorities. (28.05.2009)

Angela Merkel and her Christian Democrats have launched the final phase of their election campaign. Despite praising the work of the incumbent coalition with the Social Democrats, she favors a center-right coalition. (06.09.2009)