European police have arrested 26 in a crackdown on horsemeat trafficking. The EU's judicial agency reports that the ring is accused of introducing parts of horses unfit for consumption into the commercial food chain. 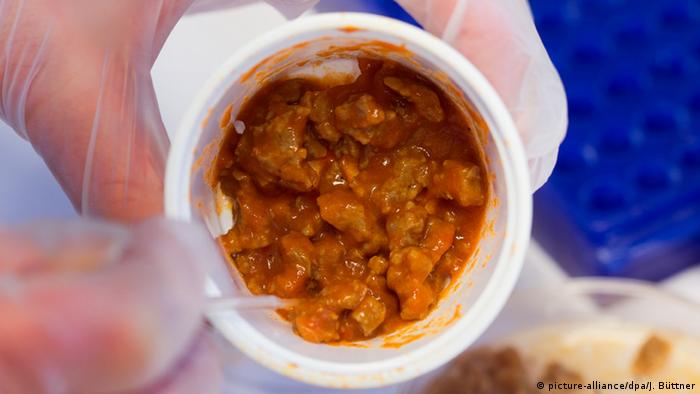 An operation involving officers and the judiciaries of France, Belgium, Germany, Ireland, Luxembourg, the Netherlands and Britain has netted 26 subjects, Eurojust announced Saturday in The Hague.

The agency announced in a statement that the swoop, involving hundreds of police and judicial officials, had "succeeded in stopping an organized criminal network involved in trade in illegal horsemeat."

Though the announcement came Saturday, many of the raids - in which police searched dozens of commercial and private premises and seized more than 800 horse passports, along with medication, microchips and computer equipment - occurred Friday. Police also confiscated 37,000 euros ($40,000). The agency has enlisted veterinary services to examine 200 surviving horses.

The EU's judicial agency did not announce where police had arrested the accused, but the Dutch public prosecutor's office announced that authorities had arrested three in the Netherlands. France has requested the trio's extradition, according to the prosecutors. At least one arrest was reportedly made in Ireland.

Belgian media reported that four nationals, including the alleged ringleader, had been arrested in France. According to the statement, police had investigated the suspect, who operated out of Belgium, since November 2012. Investigators came from all the countries where arrests occurred as well as Luxembourg, the United Kingdom and Germany.

In the United States, Congress could soon look at banning horse slaughter, a cause that has been picked up by many of the country's great moral consciences.

The arrests come two years after a major scandal triggered by the discovery that suppliers had passed off horsemeat as beef in burgers and other meat products sold across Europe. The scandal, which was first uncovered in Britain but turned out to be of pan-European scale, shattered confidence in the European food industry.

Amid recalls, supermarket chains across the EU pulled millions of meatballs, sausages, frozen burgers and, perhaps most prominently, lasagna, from shelves. At the time, a pair of German legislators advocated distributing the recalled products to poor people.

Eurojust did connect this week's raids to the previous horsemeat scandal, in which Dutch prosecutors are seeking a five-year prison sentence for the man implicated.

According to Eurojust, French authorities estimate that between 2010 and 2013 criminals slaughtered some 4,700 horses unfit for human consumption and introduced them into EU commerce.

In 2013, French police made another major horsemeat bust, discovering that pieces of animals used in the development of medicines had been sold as food.

Germans, many of whom enjoy a meat-heavy diet that in some regions includes horsemeat as a matter of tradition, can take some reassurance in the results of the bust: Only one property was searched in Germany, and no arrests were made.